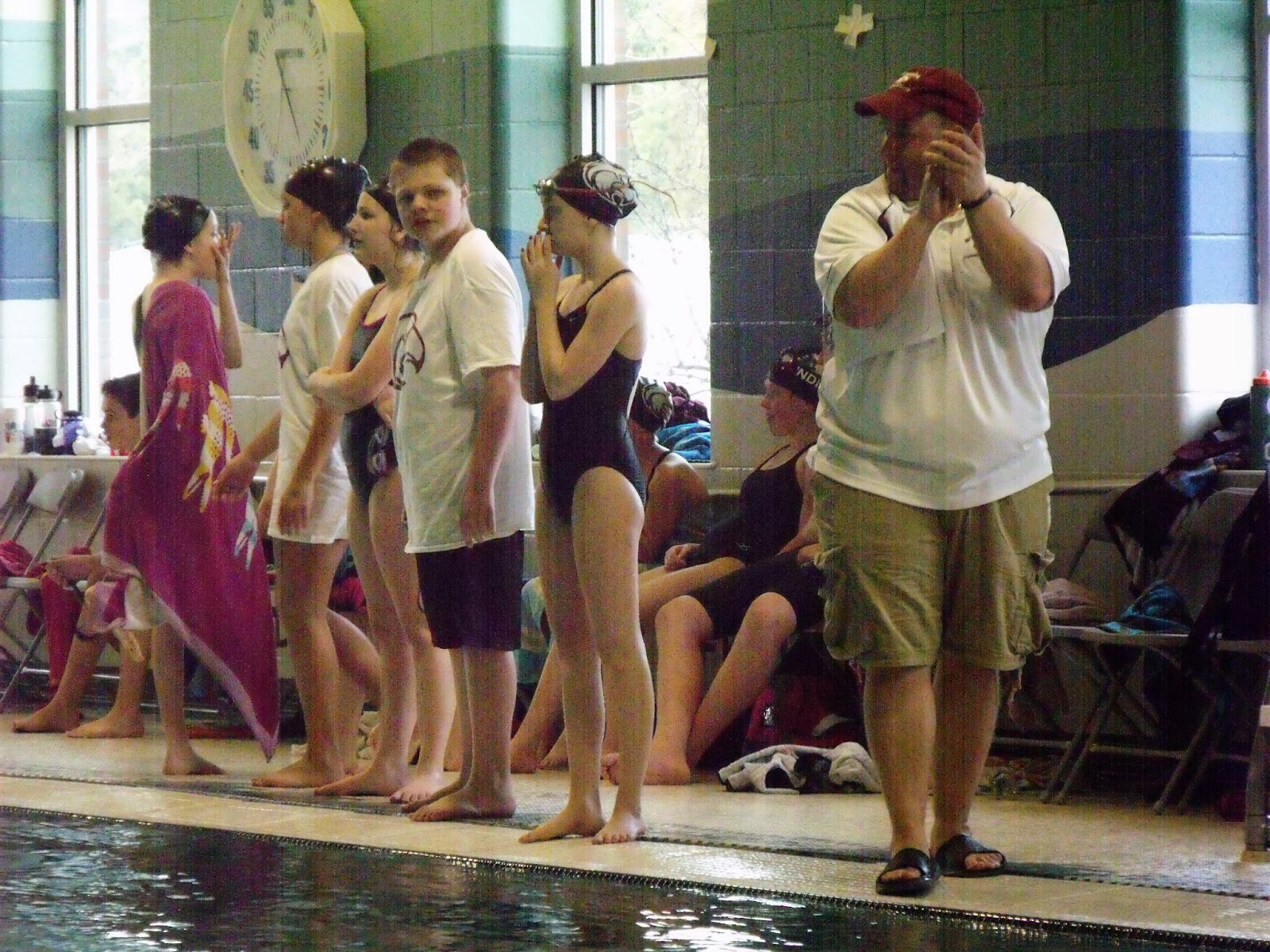 The middle school swim team has gotten off to a great start. The season is a very short season. It is only six weeks long. We have 40 kids on the team. Both teams have done very well in the three dual meets that we have had so far. The kids have been working very hard in practices and it shows. The improvement that all of these kids have made since the first practice until now is amazing. There are some very talented swimmers on the team. I look forward to our last dual meet against Portland and the boys and girls festivals to see some amazing swims and very good times. They are a great group of kids. 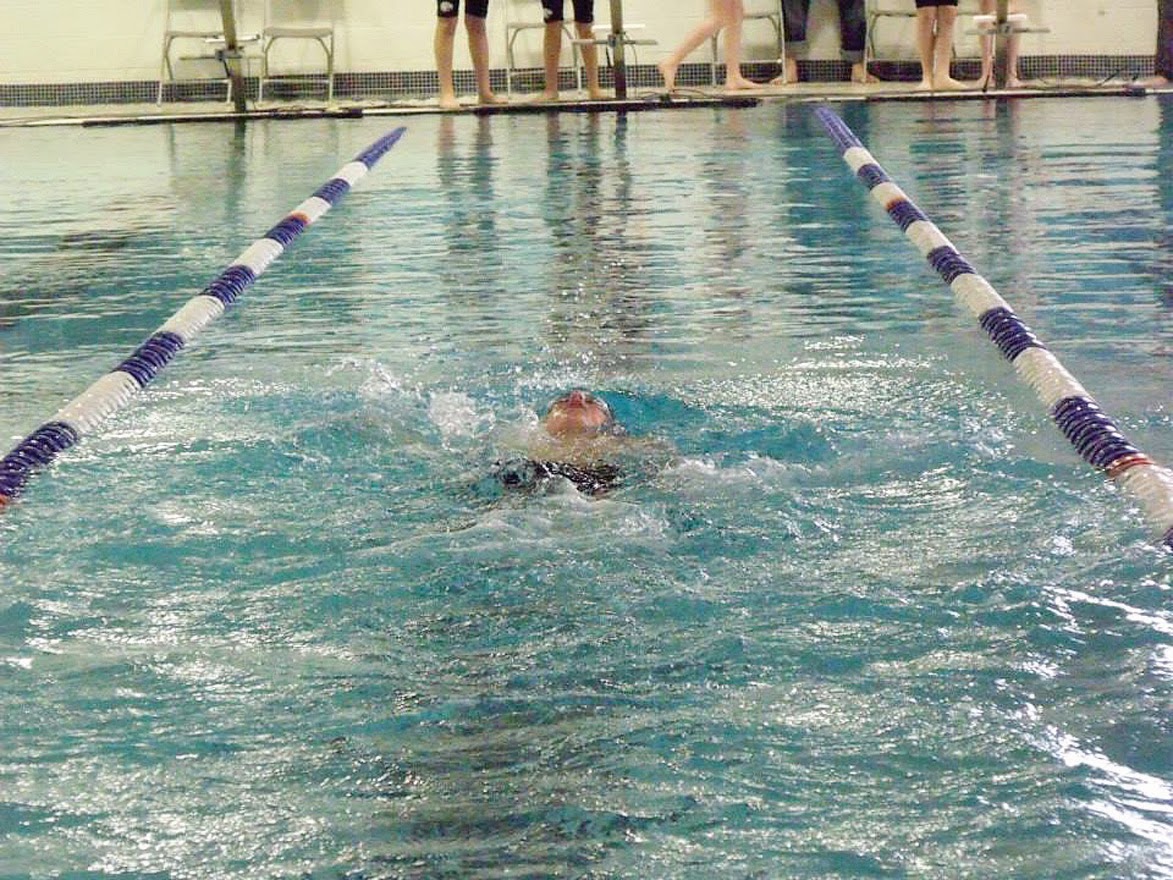 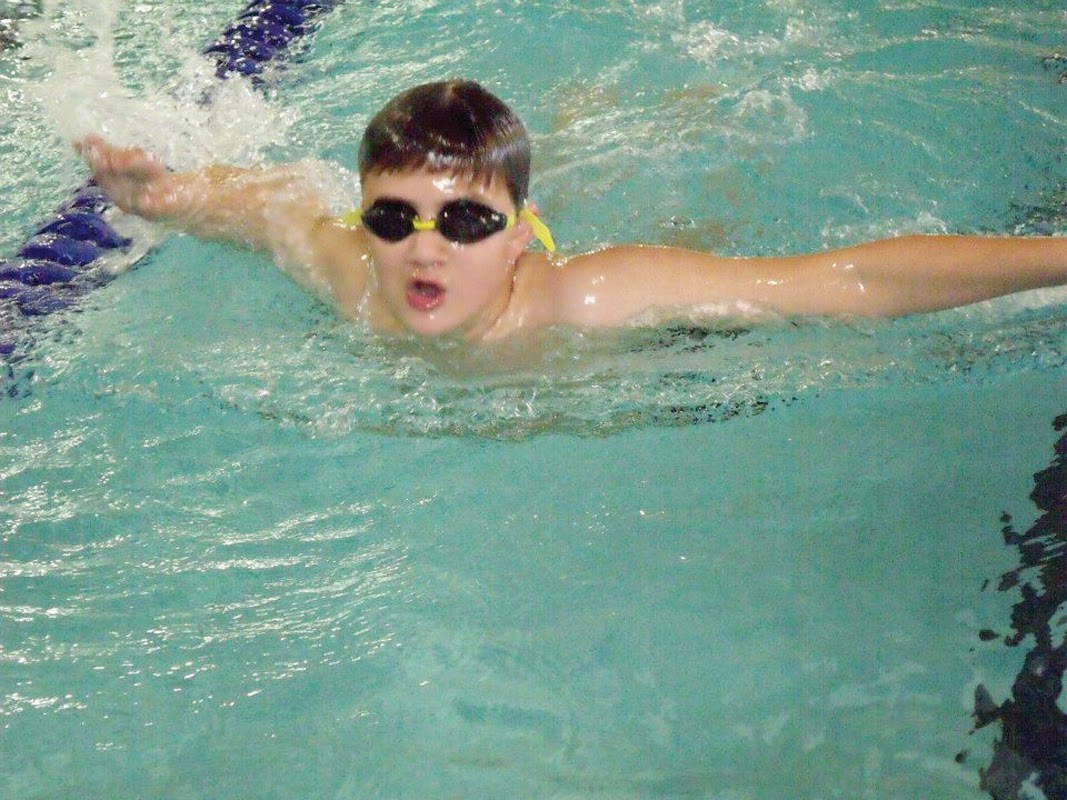 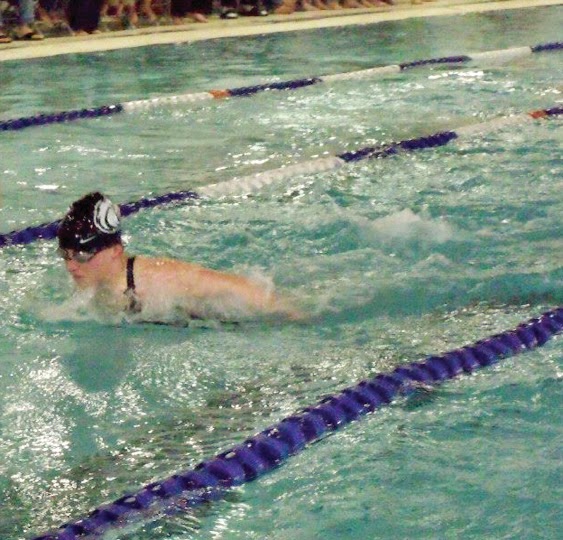 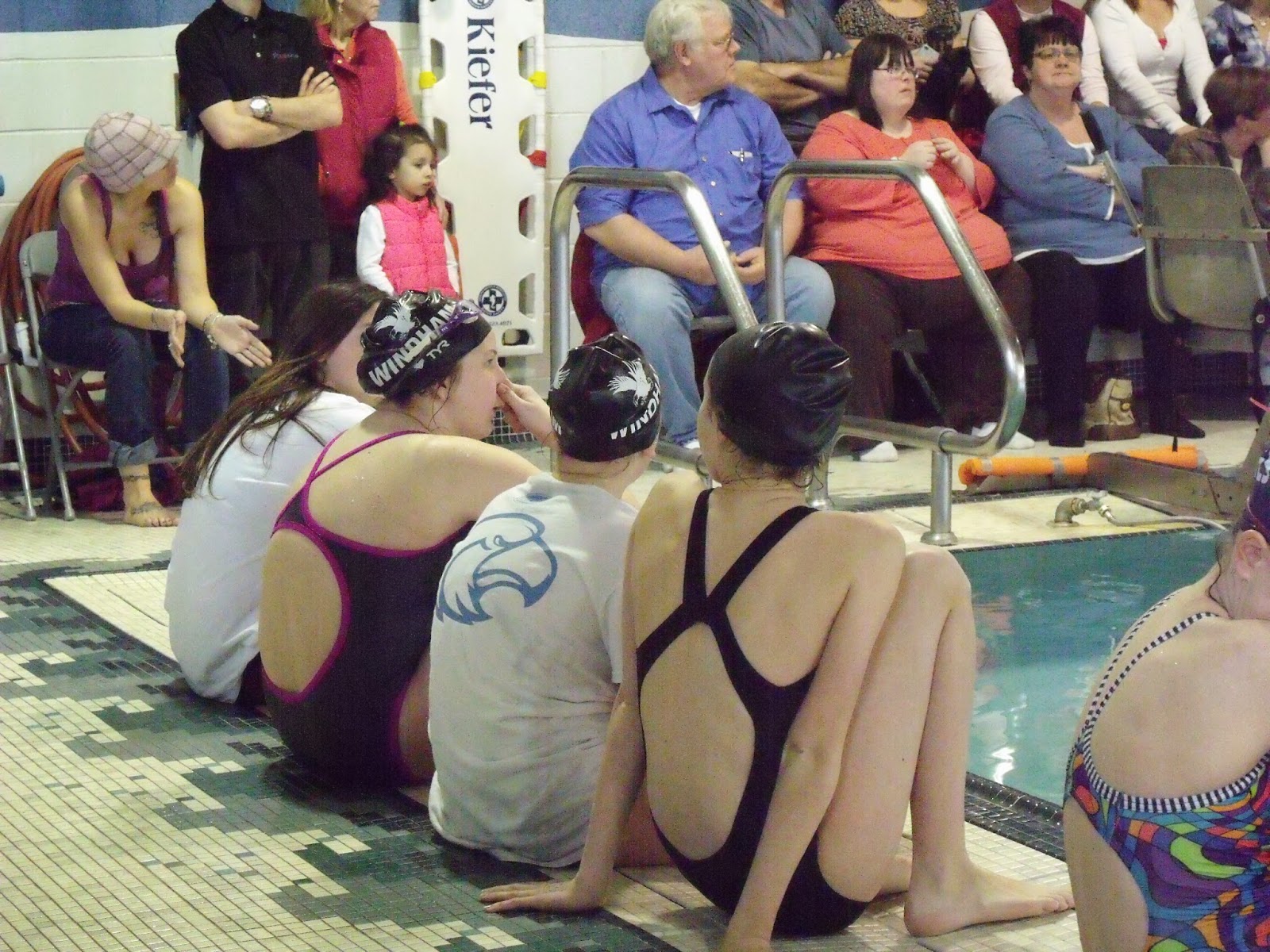 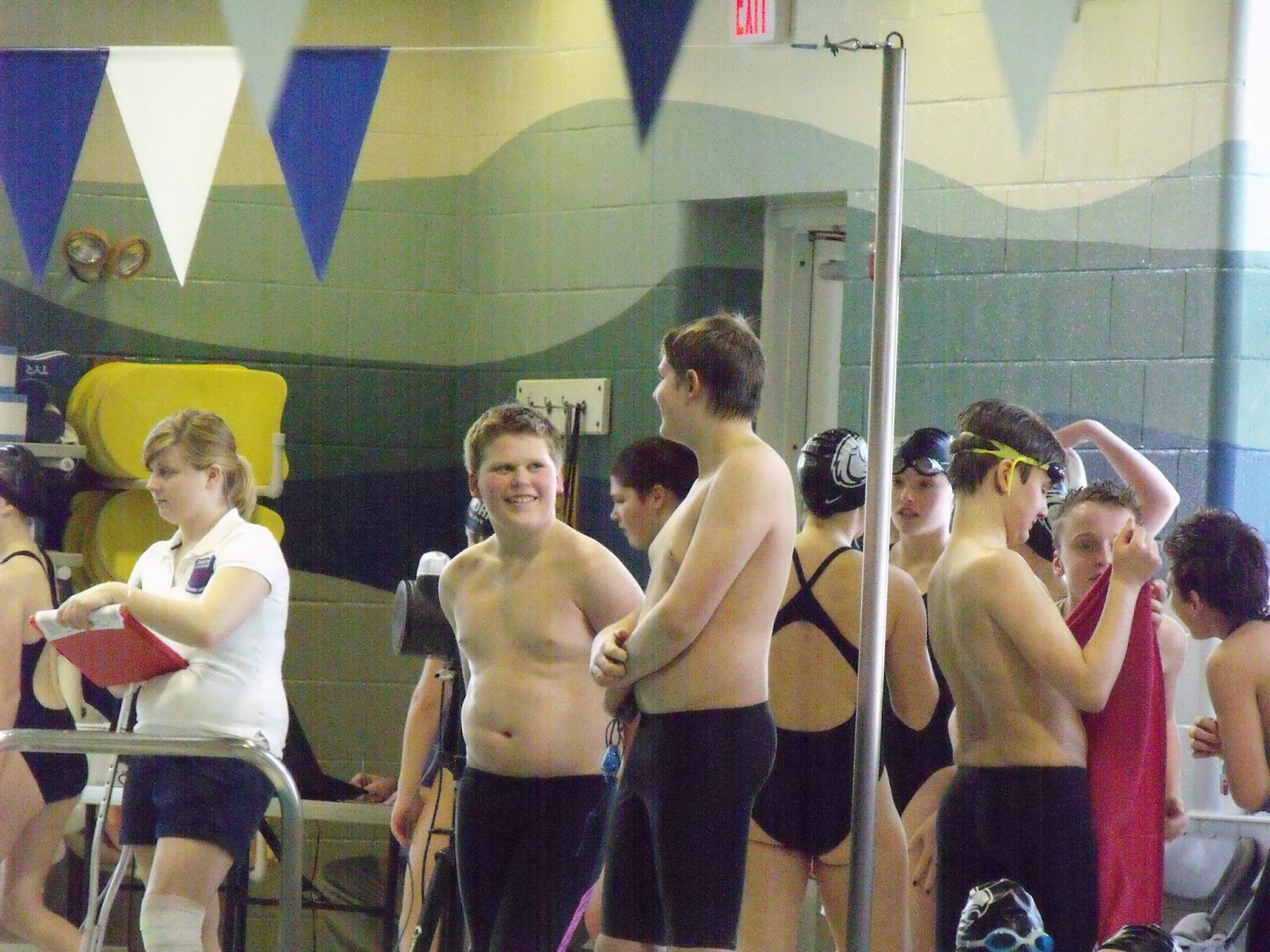 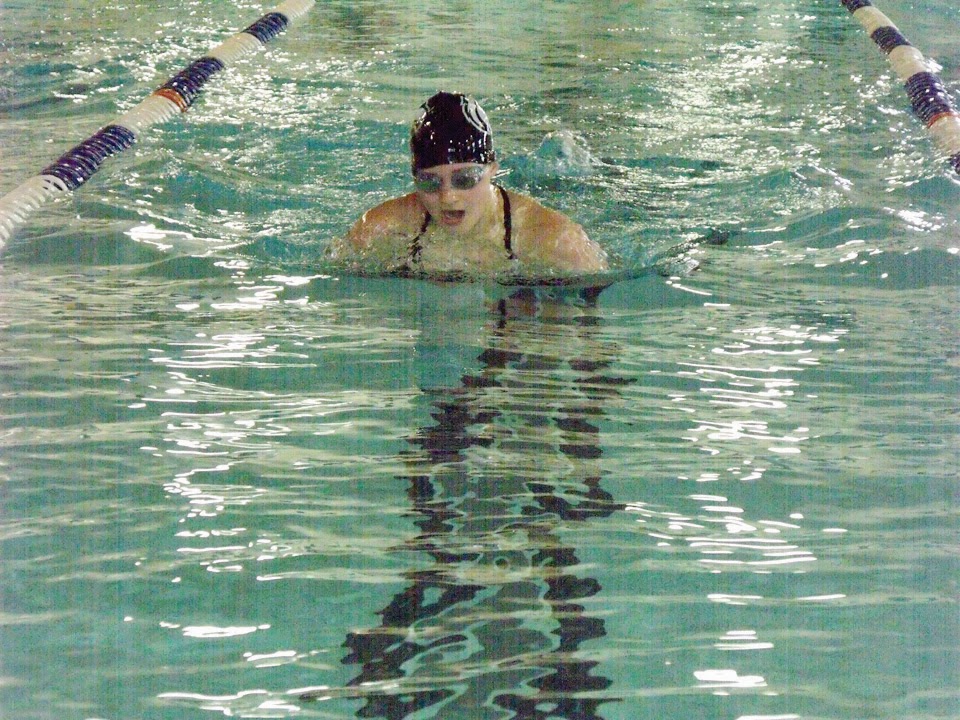 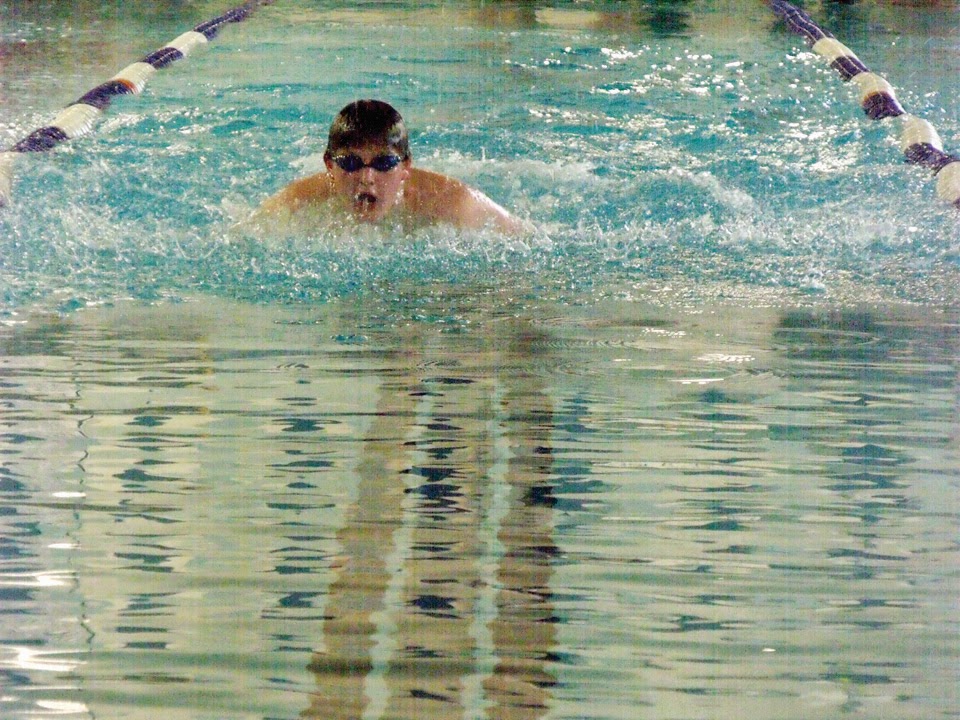 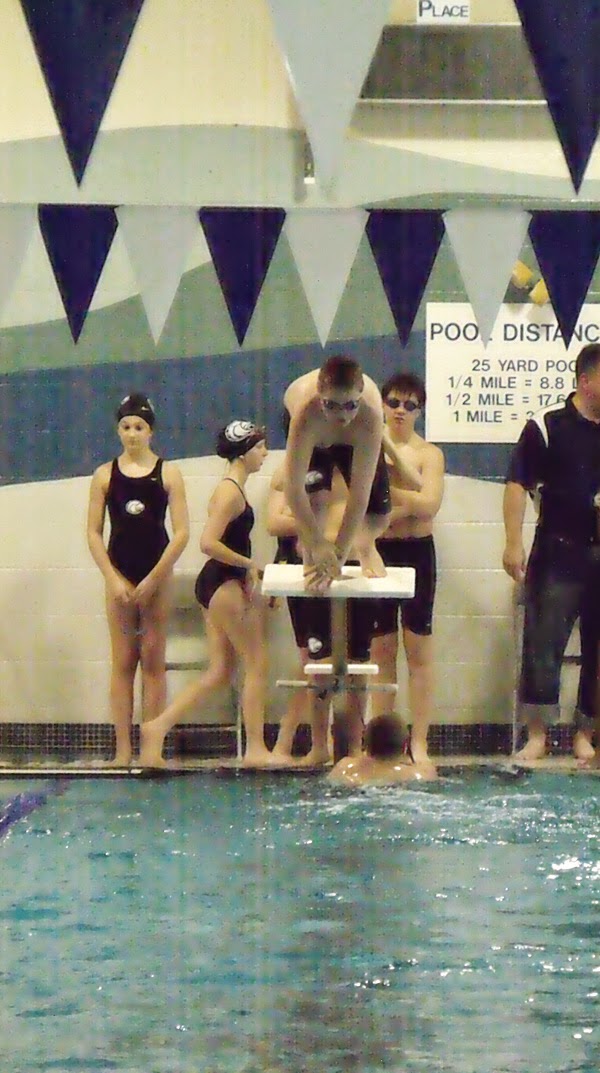 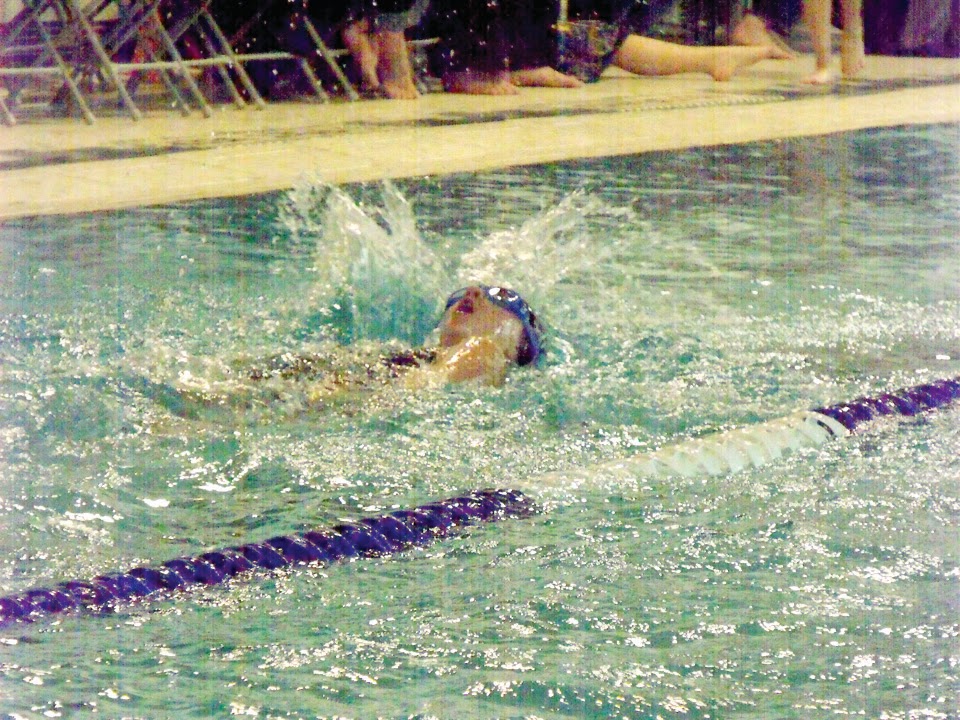 Posted by Michelle Libby at 4:13 PM No comments:


The Windham Middle School indoor track season takes place from mid-February to March. Coach Phil Jackson along with help from Jarrod Fournier, head girls’ coach and Ben Stults, the assistant coach for both teams, work with the 105 member team.

“So far the boys are two and seven and the girls are two and seven as well. Points wise, the junior (Grade 6 division) has scored a lot of points and really helped the team out point wise. We've done very well in the middle distance races like the 440. We've had some good performances in the mile as well. This year, we have double the hurdlers that we have had in years past,” said Jackson. 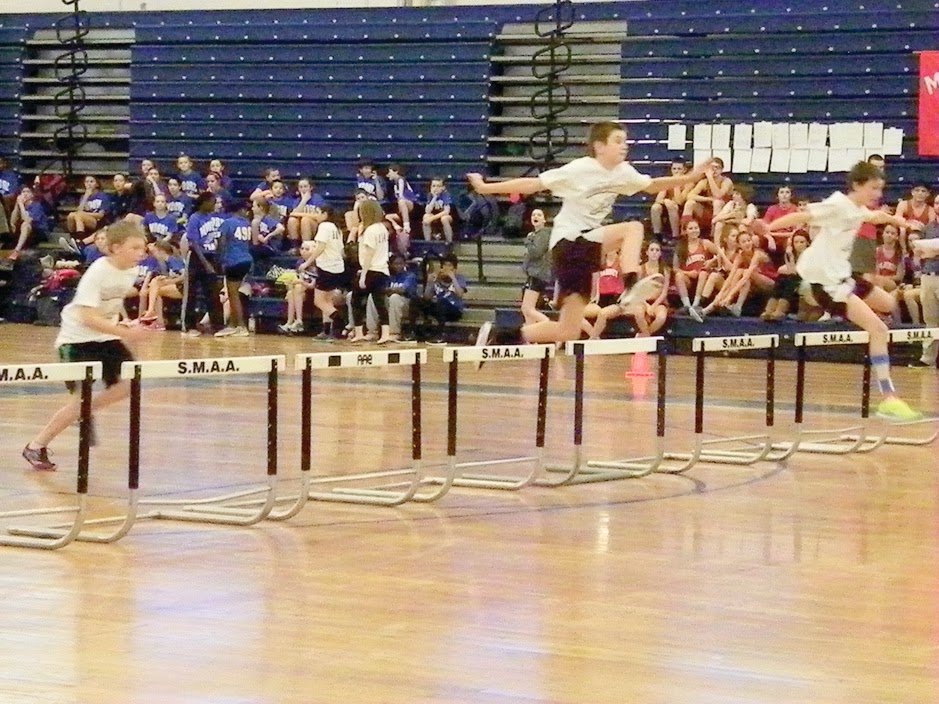 Jackson had this to say about the size of his team. “This is the largest team we have had in a few years. We have 105 kids this year and last year's team had about 70 kids. I think the reason we have such large numbers this year is many of these kids have come up through the summer track program and are familiar with track and have found events that they really like. I think a lot of kids who have done track have talked to other kids to get them interested in joining. Track is different in that while it is a team sport, it is also very individual in that there are a variety of events for kids to compete in. It is our goal to provide a program that instructs in fundamentals and develops interest in the sport for years to come for these kids.” 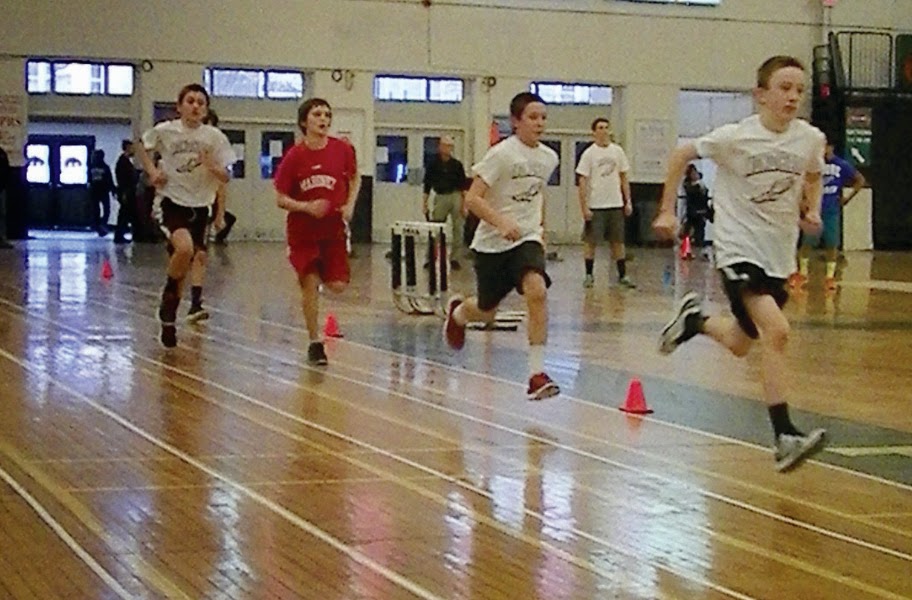 The meets are held at the Portland Expo on Saturdays in the late morning/early afternoon. The team has one more regular season meet this Saturday and the end of the season championship after that. 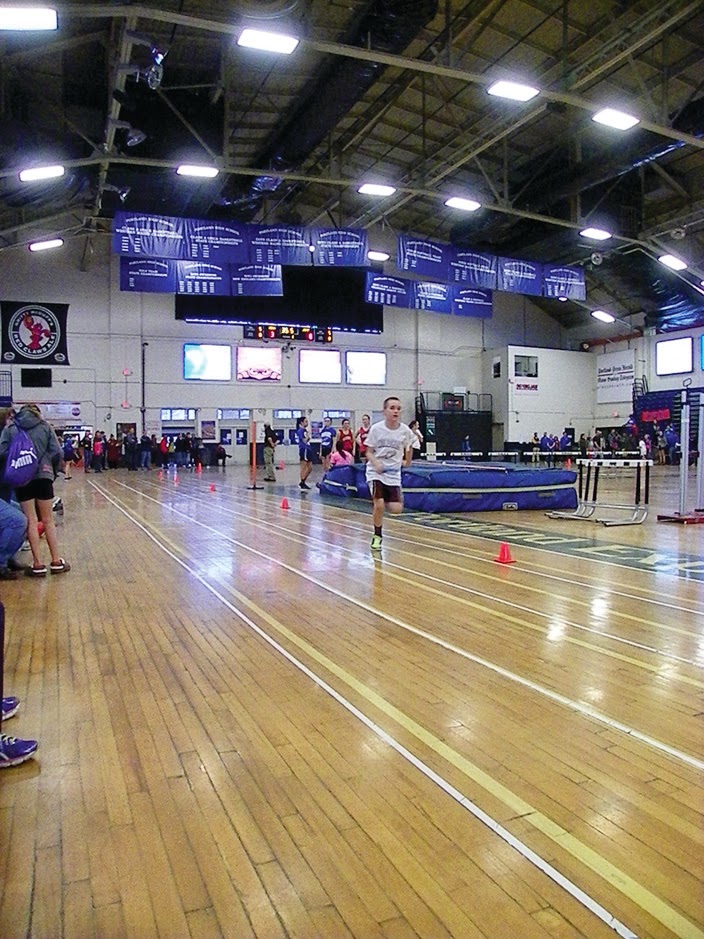 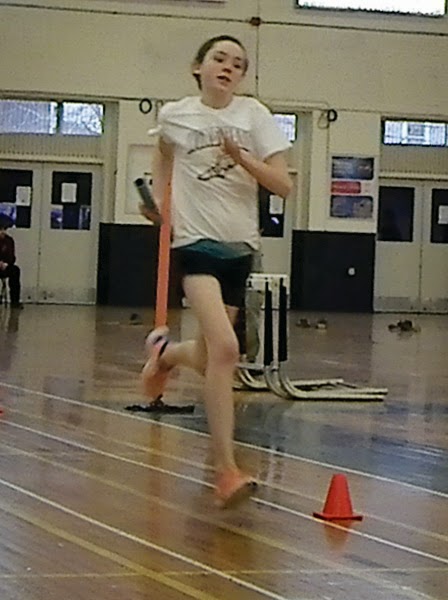 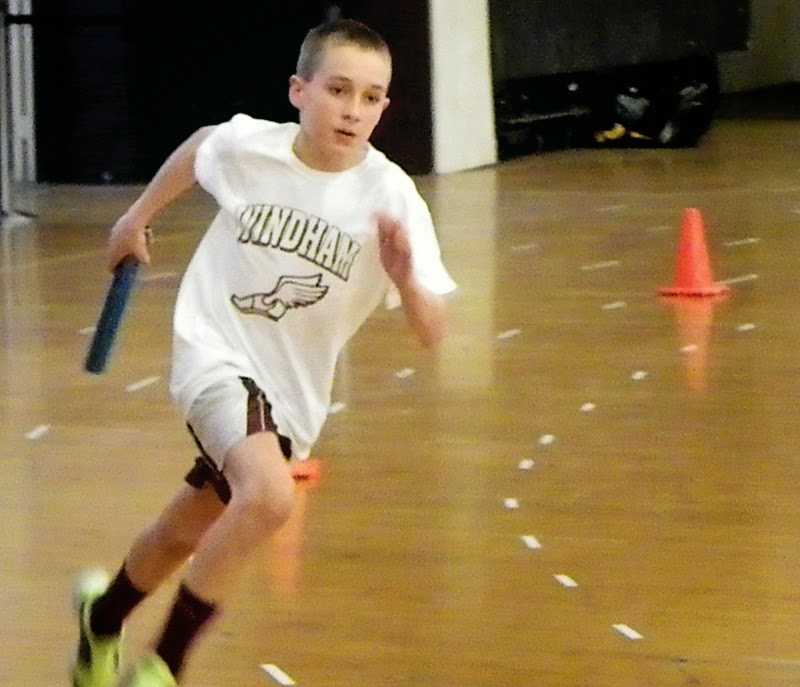 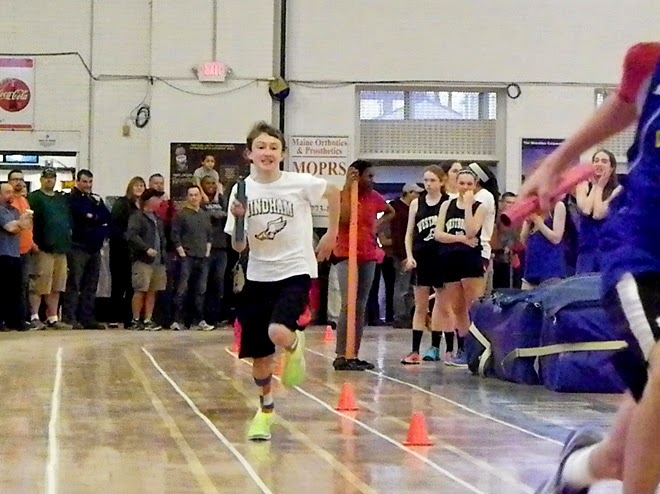 Posted by Michelle Libby at 4:10 PM No comments:

Falling off the exercise wagon - By Glenn Hutchinson


If you are looking for an excuse to fall off the exercise wagon, the universe will provide one.
Is this you? Have you relapsed into your old unhealthy habits?

The sad truth is that nearly everyone who started off 2014 with strong fitness goals has by now given up. I sincerely hope that this is not you.

This is the cycle that happens when you fall off the exercise wagon, and here’s how to pick yourself back up:

1) First, you fall
Your fall off the wagon could take place in a single moment, or it could be the result of a drawn out process. You may fall out of exercise slowly as a result of health problems or other various life issues that spring up and monopolize your time.

Illness, vacation, holidays, changes at work or any other change in your schedule are all things that’ll get you off the wagon. Once you’re off the real damage begins.

2) Second, you surrender
There comes a point after you fall off the wagon that you simply throw your hands up in the air and give in. It may be a dramatic moment when you decide to eat anything you want, or when you begin to use food for comfort and to ease stress.

Surrender is the most destructive part of the cycle. You remove all expectations from yourself and as a result you plummet into an unhealthy realm. The progress that you’ve made toward your goals is lost and even more weight is gained.

3) Then you hit bottom
Inevitably there comes the moment when you hit bottom. Your body shows the new weight gain and you feel awful about it. This is a sobering moment when you see what you’ve allowed yourself to become, and you don’t like it one bit. Negative, defeated thoughts run through your mind. While hitting bottom is never a fun experience, it is a necessary one. The pain must become great enough for you to turn it around and take the control back.

4) Finally, you take control
Now comes the good part. When you hit bottom you were out of control, now you’re ready to once again grab the reigns. You’re ready to put yourself back onto your priority list. Set healthy guidelines for your diet and get back into a regular schedule of working out.

Set specific goals for yourself that are realistic and within a set timeframe. Now get to work, reclaiming your body, your freedom and your life.

Have you fallen off your priority list, and in turn fallen off the exercise wagon?

Posted by Michelle Libby at 4:09 PM No comments:

Athlete of the week - Elizabeth Lucas


Elizabeth Lucas is The Windham Eagle athlete of the week for her contribution to the Windham Middle School swim team. The eighth-grader is daughter to Pat Lucas and Abbey Davies.

“Elizabeth is a great kid.  She is very coachable and will do what ever is asked of her.  She is a girl who has been swimming for a long time and it shows with the talent she has in the water.  I look forward to seeing her excel and push herself this year and in high school,” said coach Brett Turenne.
She would like to do something in the future with neuroscience and biology.

Best way to unwind after competition:   Read a good book.

Posted by Michelle Libby at 4:08 PM No comments:

Stop obsessing about your weight - By Glenn Hutchinson


You cannot control your weight. Do you disagree with that statement? Okay, go stand on a scale and decide to lose five pounds.

Well, how'd that work out for you? Did your weight drop on your command, or did it not budge?
Nope, it didn't budge.

And yet you spend your precious time obsessing about your weight as if you could magically control it.
The good news is that you have complete control over a couple of important things that influence your weight.

I'm talking about your choices regarding what you eat and when you exercise.

Think about this...your current weight is the sum result of your choices with eating and exercise.

Take a minute to think back over the last three years of your life. What types of foods did you eat most often? How intensely did you exercise, for how long and how often?

Now look at yourself in a full-length mirror. You are looking directly at the result of your past choices.

If you are pleased with what you see then keep on eating and exercising the way you have been. It's working for you!

If you’re not satisfied with what you see, then it’s time to start making different choices about food and exercise. Here are some suggestions:

Choices about food...
Choices about exercise...
Don’t spend another minute obsessing about the number on your scale. You are way smarter than that.
Focus your energy on the choices you make regarding what you eat and how you exercise.
What a wonderful way to start 2014.

Posted by Michelle Libby at 1:16 PM No comments: