“Stellar defense and great pitching," said coach Brett Turenne proudly about the title clinching game.
Windham opened the tournament in exciting fashion with a walk-off win in the bottom of the seventh inning, 11-10 over Augusta on Friday. After jumping out to a 3-1 first inning lead, Windham went up 7-3 after the second frame. Augusta battled back to take the lead 10-9 in the top of the sixth, setting up the walk-off win in the seventh.

On Saturday Windham was right back at it, facing Apple Valley. Scoring two in the first, Windham added another in the sixth to hold on and win 3-1.

On Sunday, Augusta was back and looking to beat Windham twice for its own State title. In the first game, Windham scored one in the first inning and another in the sixth, but couldn't put anything else together, and lost 4-2.

"They played great defense and kept us off balance the whole game," said Turenne. "They took care of business in the second game. We as coaches are very proud of the boys," he added.

Windham will open the regional tournament in Massachusetts against Vermont, on Friday July 25th, at 10 a.m. A win will give them a 7 p.m. game on Saturday night, a loss will have them play at 1 p.m. Saturday afternoon.

"We had great pitching and defense all tournament long. Scoring in the first inning of every game really got us going, allowing us to put the pressure on the other teams early. We hope to stay on this roll going into the regionals," said Turenne.


PIC 1: The team after winning the state championship.

Posted by Michelle Libby at 9:06 PM No comments: 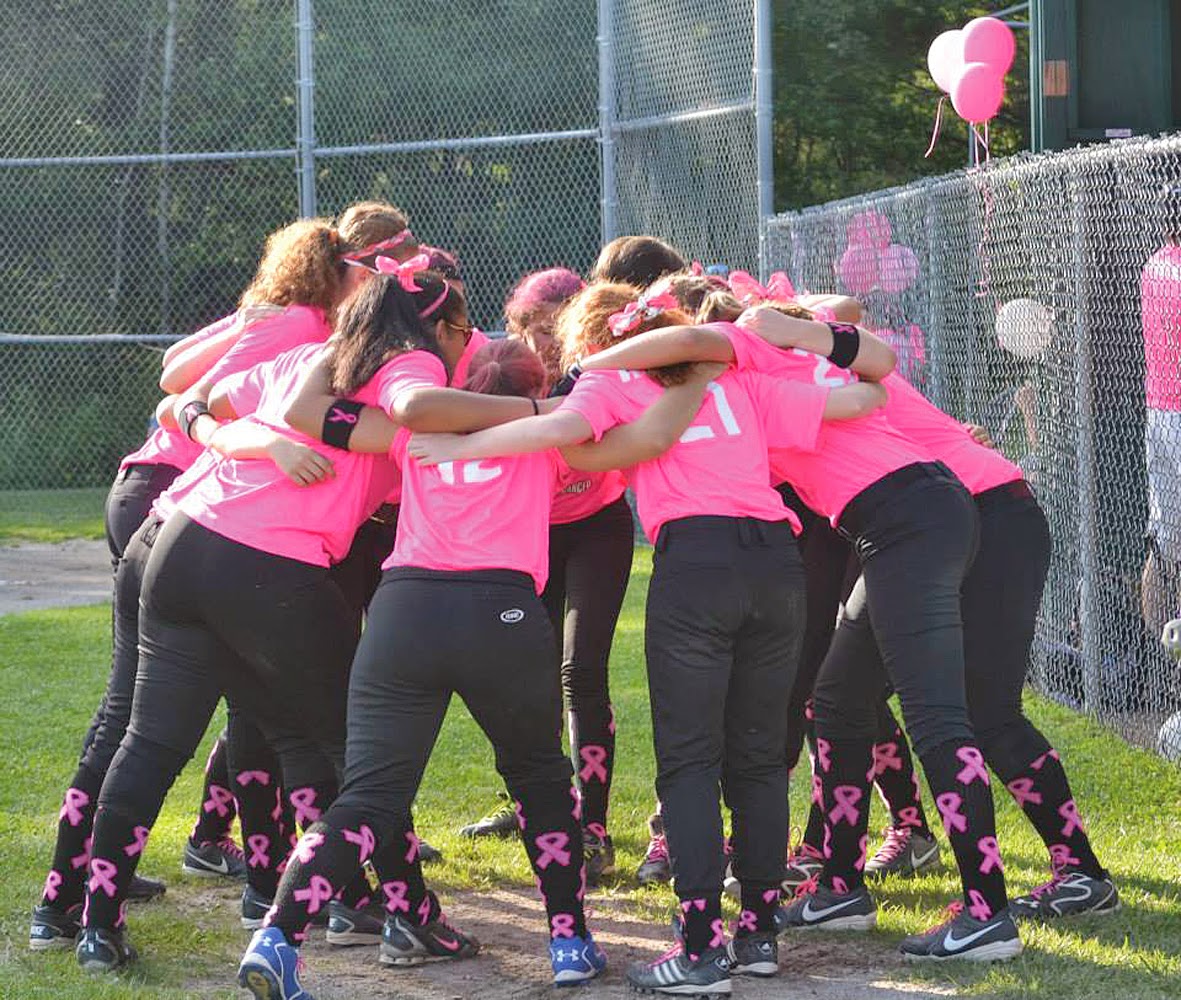 “We are in our second season of junior’s softball in the Raymond/Windham area. I originally started the league last year to give my daughter and other girls in the community more opportunity to play softball and help them improve their game. I never dreamed it would be this successful. We were state champion runners up last year in our first season and now one step further in our second year, making it to the regional tournament. Aside from being outstanding ball players, they are an unbelievable group of girls, and it’s been great to see them gel. I feel very fortunate to be able to have spent this season with them and share this once in a lifetime opportunity. It will be one they will never forget. Win or lose they will always be champions. The parents on this team are unbelievable. Always helping out whether it is with concessions, team events, field preparation, and just being supportive throughout the season. It’s the true meaning of team for everybody involved. Our sponsor Mike Meyer of Island Cove Building and Development has gone above and beyond what you would expect from any sponsor and contributed in a big way to making this season very special for all of us," said Troiano. Other generous donors to help with food and lodging at the regional tournament are Lonnie Taylor, owner of IDS, (Innovative Distribution Services) and Kevin Hancock, President of Hancock Lumber. 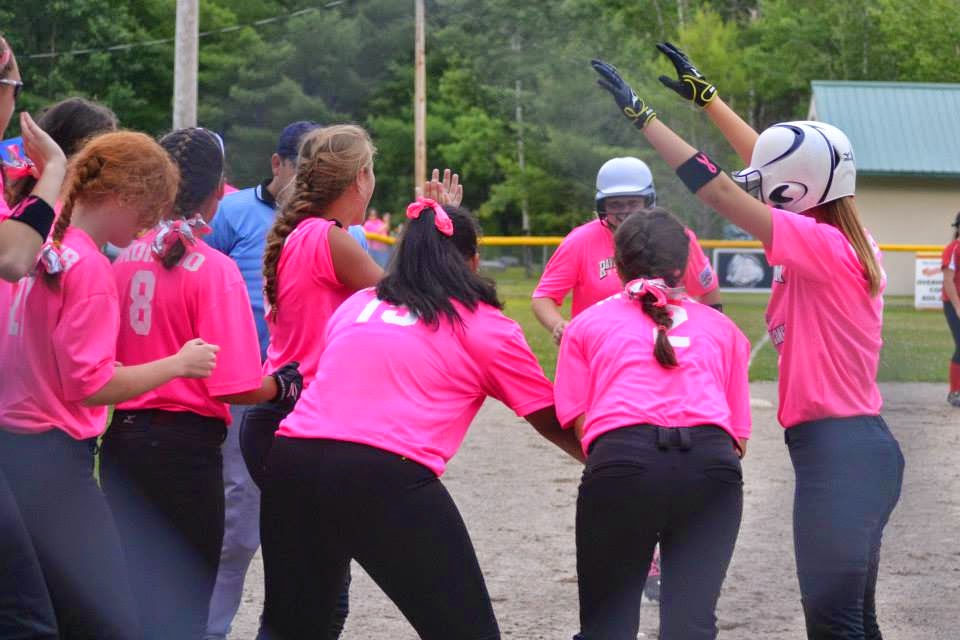 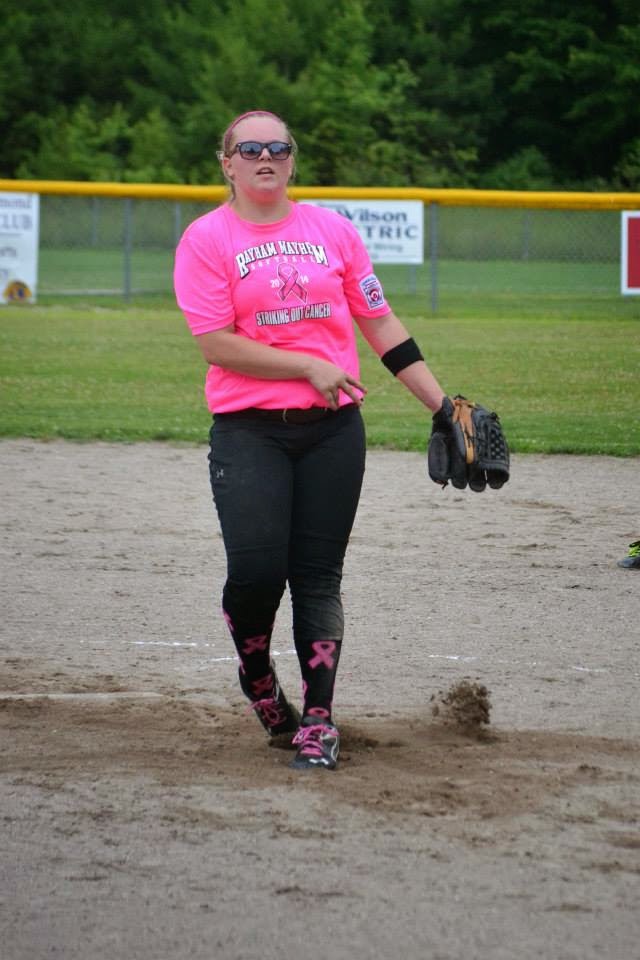 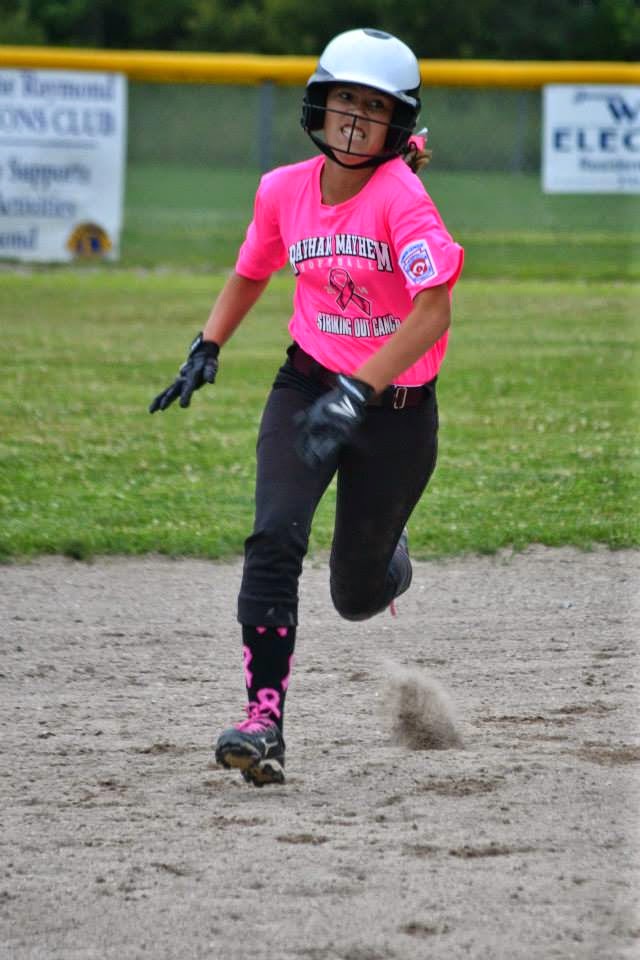 PIC 1: Dani Tardiff on the mound.
PIC 2: Tardiff being greeted at home plate after her home run.
PIC 3: Katelyn Troiano hustling to third base.
PIC 4: The girls getting ready for their game against Gray.
PIC 5: Rayham with the Championship banner.
PIC 6: The Rayhem girls are ready for the regional tournament.


After winning the District 4 Championship, the Windham 14-year-old All-Star Babe Ruth team will play in the state tournament. After losing the first game of the district tournament, 6-5 to Westbrook last Friday, Windham bounced back on Saturday to beat Westbrook, 10-0. That win advanced them to Sunday, where they had to win two games to get to the state tourney.

After beating Tri-County 8-3 in the first game, Windham took care of business in the second game, winning 5-2 over Tri-County again, to vault them to the state tournament at University of Maine at Farmington this weekend.

The team is coached by Brett Turenne, Jim McCartney and Thad Millett. "This team works very hard and never gives up," said Coach Turenne, who is excited about the team's chances in their first game, Friday at 5 p.m. versus Augusta. 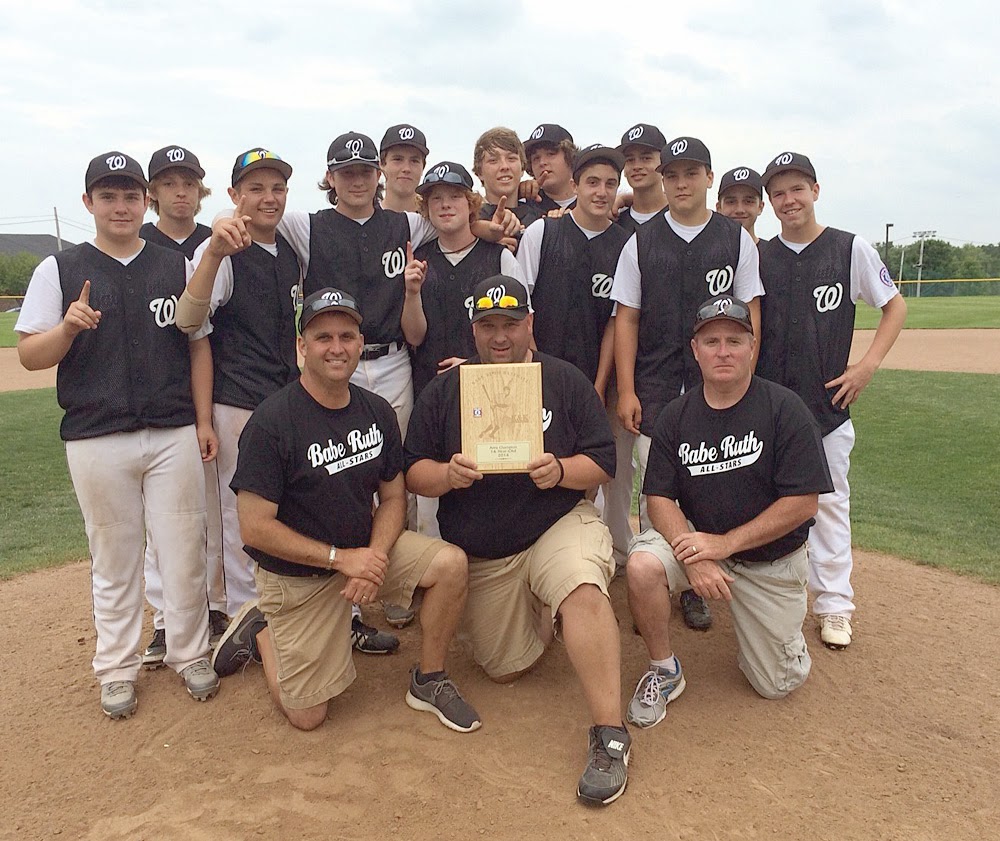 Posted by Michelle Libby at 3:18 PM No comments:

Windham High School senior Ethan Petty has been selected to play in the 2014 Lobster Bowl at Biddeford High School. The game is this Saturday, July 19th, at 6 p.m. The Lobster Bowl is put on by the Shriners, and all proceeds from the game will go to Shriners Hospitals.

Petty was selected to play alongside other standout seniors from across the State of Maine, and will play linebacker and some special teams for the West side. In his senior season at Windham, Petty was all conference at the guard position, and honorable mention for linebacker as well.

"He's not your typical Class A lineman or linebacker in terms of his size, but he is all heart and makes phenomenal plays for our football team," said his coach, Matt Perkins. "We only started two seniors this year and by the end of the year he was the only senior on the defensive side as well as the offense, so we asked an awful lot of him this season, and he for sure responded," Perkins added.

Petty led Windham in tackles and was among the top ten in tackles in the conference. The Eagles and Coach Perkins will miss Petty's leadership next year and what he brought to the team. "He's just a top-shelf guy, is loved by his teammates, is a tremendous leader, and he left his mark on our football program. I wish him best of luck in his future," said Perkins.

"It’s an honor to be selected as the only player from Windham. This is a great opportunity to be able to play with the best of the best, and even better, it’s for a great cause. It’s a special experience that few get to be a part of and I look forward to representing Windham one last time," said Petty.

PIC 1: Petty dropping back into coverage on defense.

Posted by Michelle Libby at 3:10 PM No comments: