Girls basketball celebrates its seniors and a win - By Stephanie Coffin 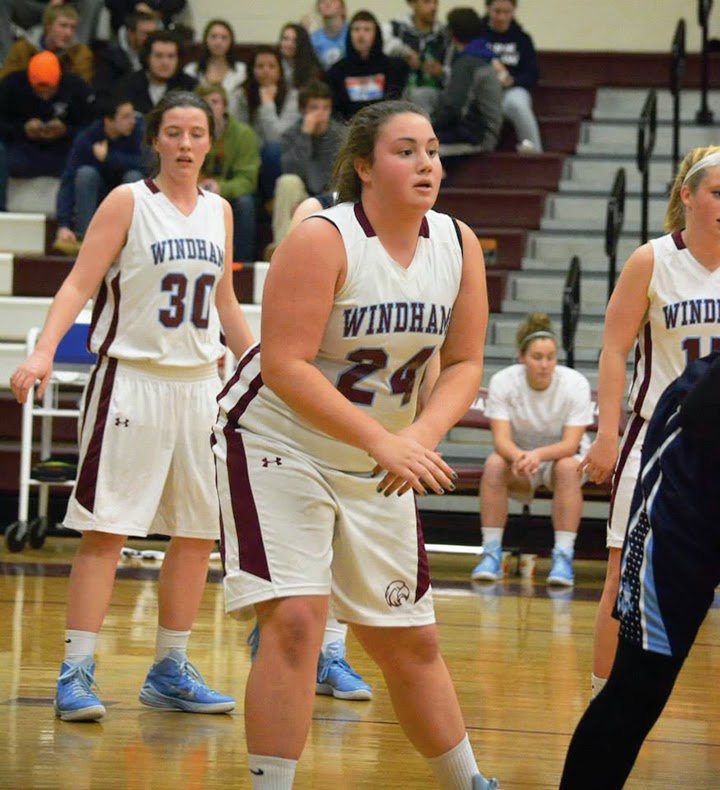 It was senior night for the Windham Lady Eagles basketball team. Bittersweet as these girls played their last home game of the season. The Lady Eagles hosted the Westbrook Blue Blazes in what ended up being a close game.

The Lady Eagles started the game strong as they lead the game 22-13 at half time. The Blue Blazes fought back and brought the game back to with a four point game throughout the third and fourth periods. At this point the game could have gone to either team.

Sadie Nelson led the Eagles with 16 points and 10 rebounds and Westbrook's Lexi Redmond lead her team with 14 points. It came down to the last minute of play and the Eagles passed the ball around court counting down the clock and at the buzzer sophomore Mya Mannette hit a baseline jump shot that won the game. 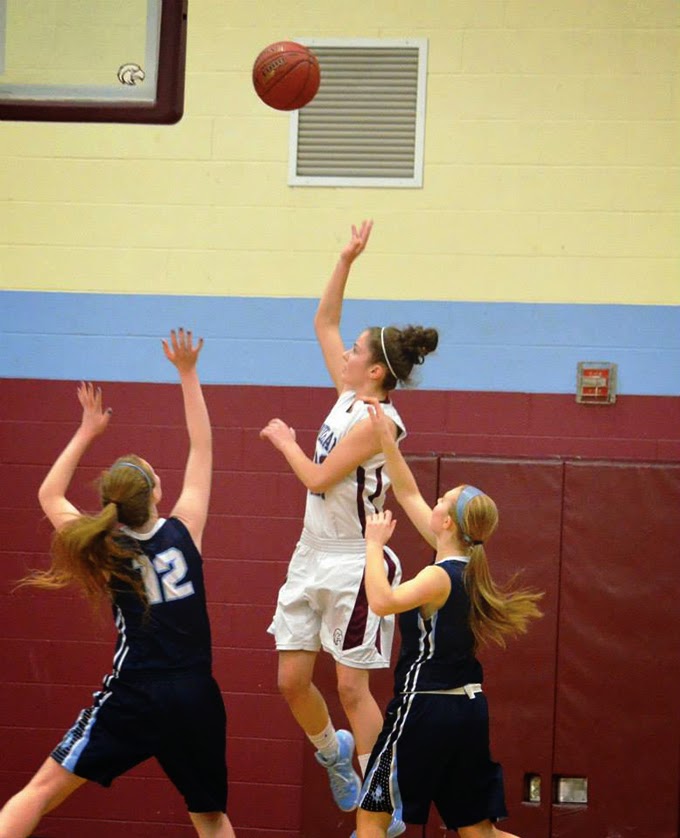 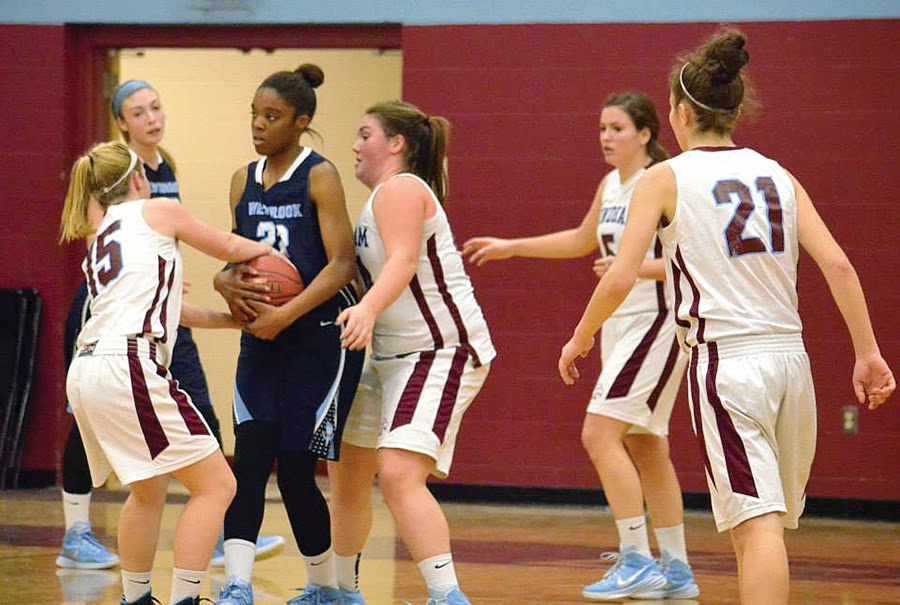