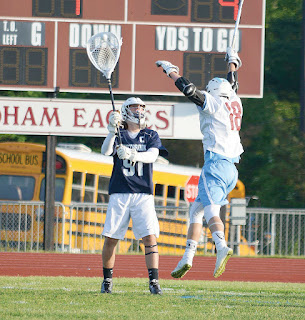 The evening started out cool but by 7:30 p.m. the fog started rolling in putting a damper on the fans watching the Eagles varsity boy’s lacrosse team host Westbrook Blue Blazes.  Windham (7-4) gave Westbrook (8-3) a good run throughout most of the game. 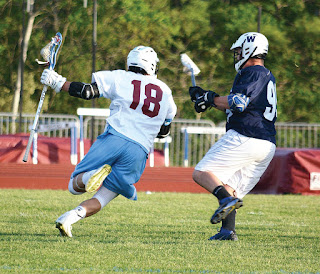 “We came out flat; they found seams early,” he said, “but our kids immediately tightened that back up, and that’s why we played head-to-head the rest of the way.” 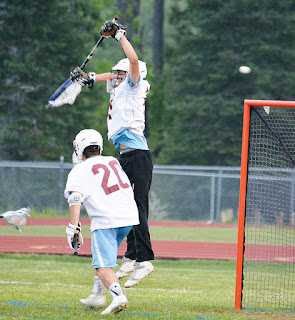 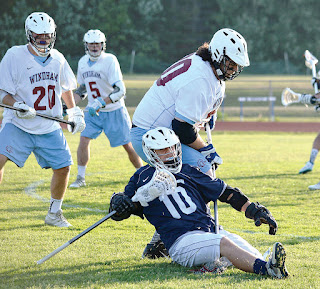 Posted by Michelle Libby at 8:26 PM