Special Congratulations to Alex Wilkins for his win in the Triple Jump as well as to the Boys' Swim Team for their special award!

Posted by The Windham Eagle at 7:34 AM No comments:


Windham High wins first round in the AA Basketball Tournament against Portland on Tuesday, February 20w at Cross Insurance Arena in Portland. Windham was behind most of the game but came back in the final seconds to win. Final score was 55-53. Congratulations Windham High!

Posted by The Windham Eagle at 7:29 AM No comments:

On Saturday morning, February 17, the boys’ Windham Youth Basketball Association’s Senior League team, composed primarily of fifth and sixth graders (who do not play on travel teams) met to face off against each other. The two teams were Maine Optometry, who sponsors Windham and GNG Patriots, who sponsors the town of Gray.


Maine Optometry was aggressive in going after the ball, working together to put points on the scoreboard. In the second quarter, #2 A.J. Moody sunk a three pointer to bring Maine Optometry up by one; the score was 13-12.

After two quarters of play, the score was tied at 14.

Early on in the second half, Maine Optometry was fouled a couple times and put one in the hoop, pulling ahead 17-14. These student athletes were giving 100 percent, moving quickly up and down the court passing the ball; working hard and going for the net.

After several minutes of gameplay, GNG Patriots pulled ahead 32-23. Maine Optometry scored towards the end of the game to make the final score: 32-25 GNG Patriots.

“They played with heart, they played with hustle,” commented Coach Pat Moody. “They worked hard on both ends of the court. The game came down to a couple plays that didn’t go our way, but the players of Maine Optometry were competitors out there.”

Maine Optometry has one more game left before their tournament starts and they are ranked in third place.

“No one wants to see us in the tournament, they know we have some good athletic players; and when the ball drops, we’re a hard team to beat . . . we’re going to be a team to reckon with.” remarked Coach Moody.

Posted by The Windham Eagle at 7:17 AM No comments:

Windham/Westbrook Hockey played with intensity against So. Portland/Freeport Waynflete teams by Matt Pascarella

Windham/Westbrook Hockey hit the ice to take on South Portland/Freeport/Waynflete in a make-up game that was played Monday, February 19 at the University of Southern Maine.

Windham was working hard to move the puck around. Despite being down 3-0 in the first period, Windham was striving to show South Portland they weren’t going down easy.

At the start of the second period a fire had been lit under Windham and it showed in how aggressive they were. Windham had picked up the pace, were moving the puck around, and putting the force on South Portland. #11 Tommy Lekous, scored in the second period assisted by #2 Derek Palow; who had taken a hard hit, turned around and then came back on the ice, showing resiliency. #28 Derek Corbett and #32 Sean White blocked several shots throughout the game, keeping South Portland from pulling further ahead. At the end of two periods, the score was 4 -1, South Portland.

In the third period, Windham had better defense and increased their shots on South Portland’s goal while White made sure South Portland stayed at four. Windham really cranked up the intensity - so much so, at one point the puck flew over the glass and into the stands. Unfortunately, Windham wasn’t able to recover, and the final score remained 4-1.

“I think the first period we . . . gave them three goals,” said Coach Greg Leclair. “We tied with South Portland a week and a half or so ago, so we know we can compete with them, we just dug ourselves a little bit of a hole today.”

Posted by The Windham Eagle at 7:07 AM No comments: 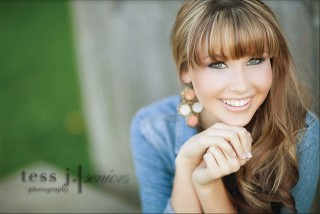 Coach Olivia Latham, a 2013 Windham High graduate who recently graduated from Saint Joseph’s College with a BS in Elementary Education with a special education emphasis, is no stranger to cheering. Latham was part of the cheering team throughout her time at Windham High and she has returned to her alma mater, not only as a cheering coach, but as a kindergarten teacher at Windham Primary School.


Latham, who grew up in Raymond, has always been interested in cheering. “Cheering has a lot of sportsmanship to it,” she says. “I love the idea of going to games and getting the crowd really pumped up and having fun during those games.” This attitude and love of the sport is what made her want to become a coach.

“It’s nice being back. It was always a dream of mine to teach in this town as well as coach,” emphasized Latham.

This is Latham’s first year as a cheering coach. She coached in the fall and enjoyed it so much she decided to return for the winter season. When it comes to coaching, her philosophies run parallel to her teaching values. She’s working on building character with both her younger students and is working on the same thing with her student athletes. She also works on the importance of having fun with the sport of cheering.

There are multiple lessons Latham hopes her student athletes will learn throughout the season. Coming together as a team is important. Her student athletes are positive and willing to work through whatever challenges are thrown their way. Equally as important is knowing what it means to be a team. “It doesn’t take just one person, it takes multiple individuals working together to achieve the outcomes they are looking for,” Latham states.

As a team, they’ve come together and improved a lot. According to Latham, their regional championship, which took place late last month, was their best competition so far. “The girls had so much fun together and you could tell that there was a lot of spirit.”

Latham is excited to see what happens for upcoming seasons. It takes more than just one year to make your mark and she is looking forward to seeing how seasons go and how the improvements progress over the years.

“It’s important they have fun and enjoy what they’re doing,” reiterates Latham.

Posted by The Windham Eagle at 9:21 AM No comments:

Nick Curtis was the recipient of the first-ever, Maine Optometry Little Eyes Award, presented by the Windham Youth Basketball Association. This award goes to a senior that demonstrates commitment to the youth in their community. Curtis and his team helped kids from pre-k to first grade with their basketball skills and ran drills with them on Saturday mornings.

The boys beat Bonny Eagle 53-43. After a good effort, the Lady Eagles lost 53-33 to Gorham.
Coach Brody Artes commented on working with Taylor Files over the seasons.

“Taylor [Files] has been a phenomenal student-athlete to coach over the course of her career at Windham High School. She has brought leadership, passionate, and commitment to the program. Taylor has left a mark on the program that will be felt for years to come. She has a great attitude and has been an absolute pleasure to work with on and off the basketball court.  We will miss her enthusiasm and her willingness to do whatever it takes to help the team.”

Coach Chad Pulkkinen is pleased with the work his seniors have done.

“Just a . . . real special group of seven guys, [who] are going to be very successful after high school. I’m excited to see what they do when they leave here. As far as a program side, they’ve done everything I’ve asked and more. They’ve taken the program to a really high level and you cannot do that without great kids and we’re lucky to have great kids.”

What advice do they give to the incoming seniors for next season? Don’t take it for granted; it goes by really fast.

Posted by The Windham Eagle at 8:41 AM No comments:

Another Windham student hits the thousand-point mark by Matt Pascarella 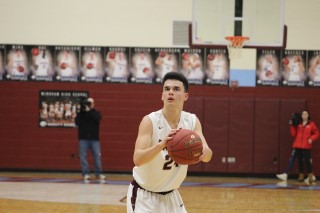 Lightning has struck twice on the boys Windham High School basketball varsity team. Mike Gilman is the third member in Windham High School history to join the Thousand Point Club. He did so during a playoff game against Bangor this Tuesday night, February 6 at Windham, in which the Eagles beat Bangor 78-62 to advance to the next round of the tournament.


Gilman came out strong in the first quarter, making shots and hitting three pointers, bringing him closer and closer to the thousand-point mark. It happened in the second half after he sunk a shot; the crowd began chanting “One more! One more!” You could feel the excitement rising in the gymnasium; at this point it was going to happen.

When he made the basket that brought him to a thousand points, everyone was on their feet, clapping and cheering. As a spectator, to see this happen once in a season is pretty exciting, but to see it happen again less than two weeks later is a level of excitement hard to describe. Gilman has been working towards this for a while and was taken aback when the big moment happened.

“It’s something I’ve wanted since I was a little kid,” says Gilman. “I never thought I would make it there. Especially this year, I started pretty slow and didn’t score as much as I did the past two years, but I just kept [working at it]. It feels unreal; I didn’t even think it was real when it happened. To do it in front of the home crowd makes it way better.”

Coach Chad Pulkkinen is more than impressed with Gilman’s efforts and work ethic.

“Michael . . . is just a great competitor; one of the best competitors I’ve ever been around. He stepped up tonight. He’s one of those players I’ve trusted for three straight years . . . he . . . stays the course; he has a motor that just doesn’t stop. It’s a real privilege to coach him; he’s just an outstanding kid and a hell of a basketball player.”

Gilman believes none of this would have been possible if not for the support of his friends, family and his team.

“I have my whole team to thank; every time they helped with offense, every pass they ever made; everything they’ve ever done has got me here. I don’t think I could have done it on any other team,” Gilman said.

Posted by The Windham Eagle at 8:33 AM No comments:


On Saturday, February 10, Windham Track and the collection of schools in the Southern Maine Activities Association (SMAA) competed in the Southwestern Meet at the University of Southern Maine in Gorham. Athletes from Falmouth High School all the way to Noble High School were there to challenge their opponents by showing what they could do.

Sierra Guite threw a huge PR (personal record or personal best) of 7 ft to win the Junior Shot-put Division. Guite also won the Junior High Jump, clearing 4'10". She qualified for states in the Triple Jump with a distance of 30.06 inches.

Molly Skvorak qualified for states in the 55m Dash by finishing with a time of 7.98 seconds.
The state meet will be held Saturday, February 19th at The University of Southern Maine.

Posted by The Windham Eagle at 8:24 AM No comments: