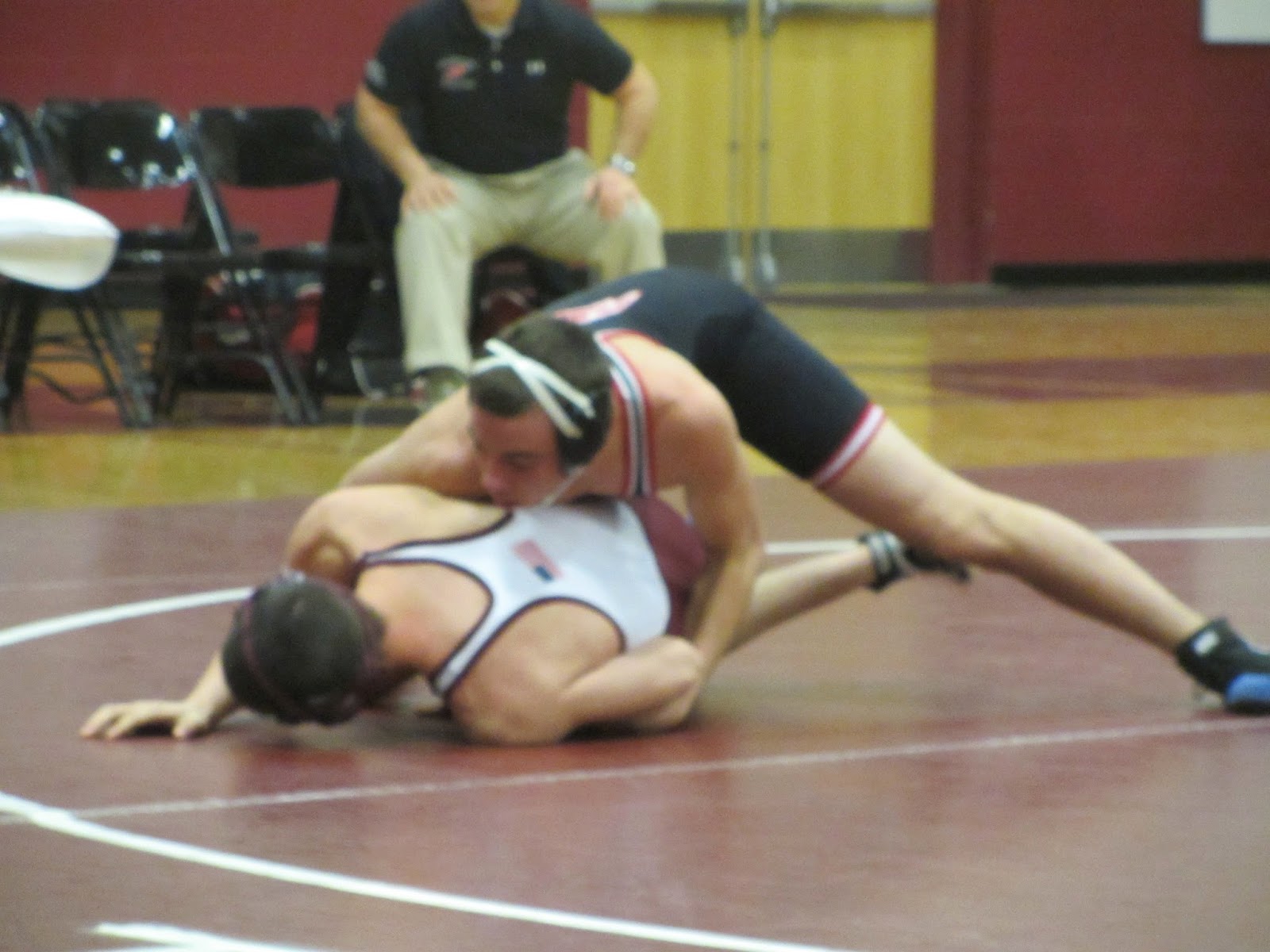 In a quad meet on Monday, Windham wrestlers proved that despite being a young team, they can still be competitive on an individual level.


“Our numbers are low, it’s hard to win meets,” said coach Jason Dryburgh. “Their attitude and effort was great.”

In the first match, Windham was beat by Noble 75-0. Against Scarborough, the team fared better with both Jesse Malier and Colby Valliere pinning their opponents. The final score was 54-30. The final match was against Kennebunk. Matthew Sayah won his match by decision after three periods. Jesse Malier, Ethan Winde and Dominick Cancelarich all pinned their opponent. The final in that was a heart breaking 29-28, with Kennebunk edging out the Eagles. 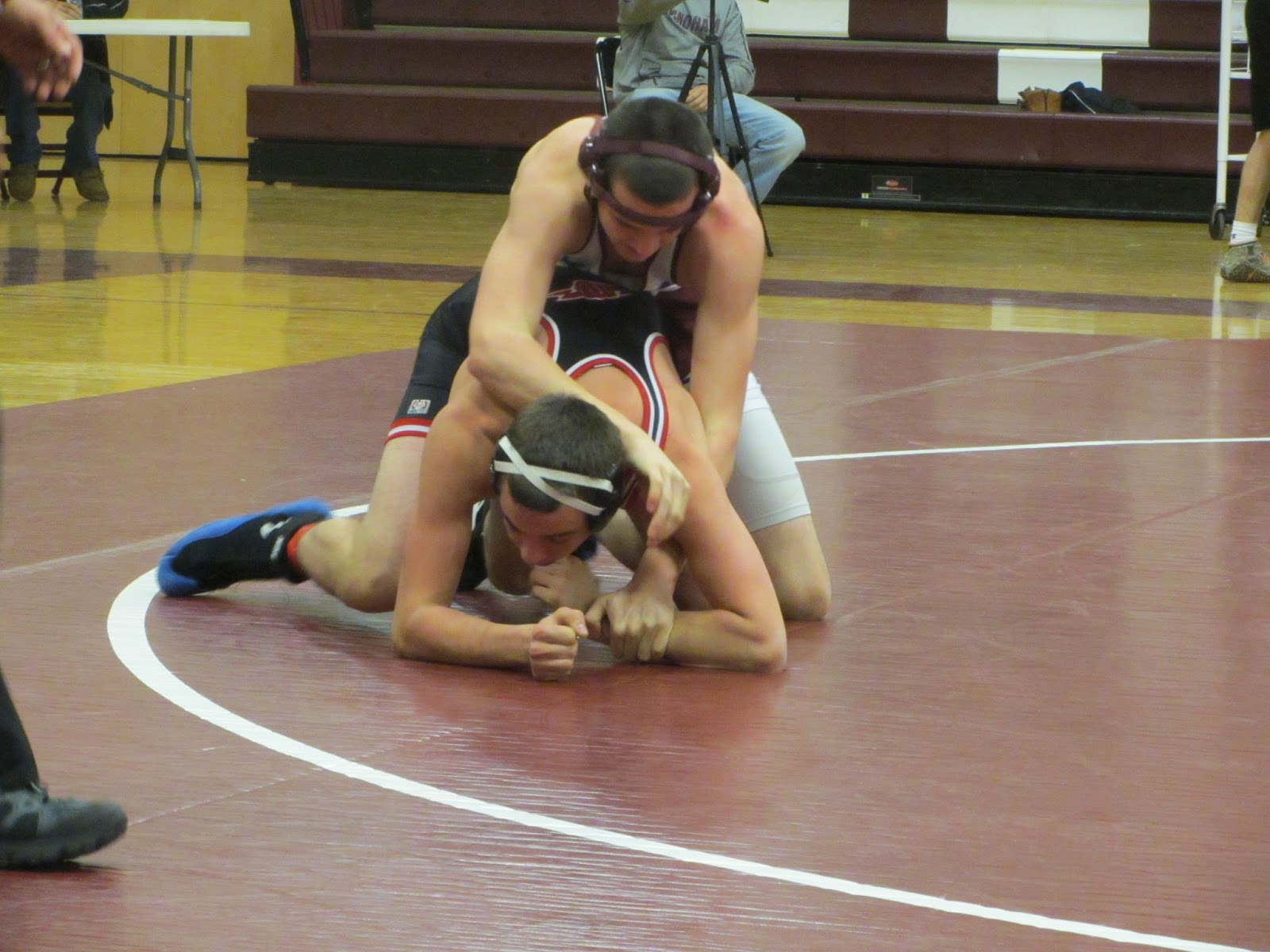 Jesse Malier’s two pins on Monday make him only nine wins away from his 100th career win.
Dryburgh expects his wrestlers to put in three key components to every meet, practice and in everyday life: Effort, attitude and execution. Putting in a lot of effort, having a positive attitude no matter what and execution of both of those things on and off the mats are keys to success. “It’s got to be a good habit,” Dryburgh said.

Up and coming wrestlers to watch are Shawn Butterworth, Alex Jordan and Chris McGary, Dryburgh said. 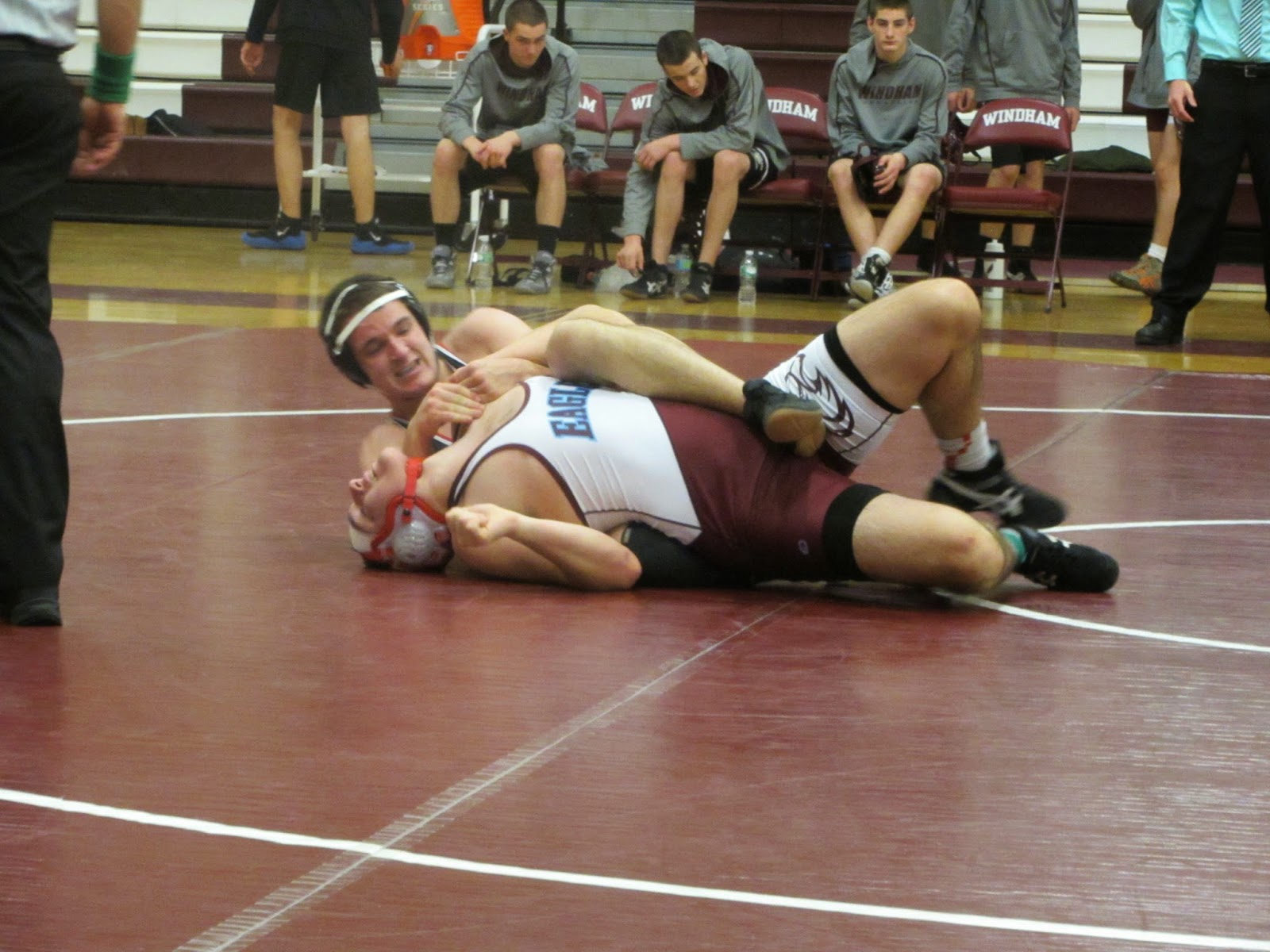 “The team is getting it. They’re mentally strong, passionate and love being together. There is so much comradery. A great vibe and great effort,” Dryburgh said. “The wins will come.” 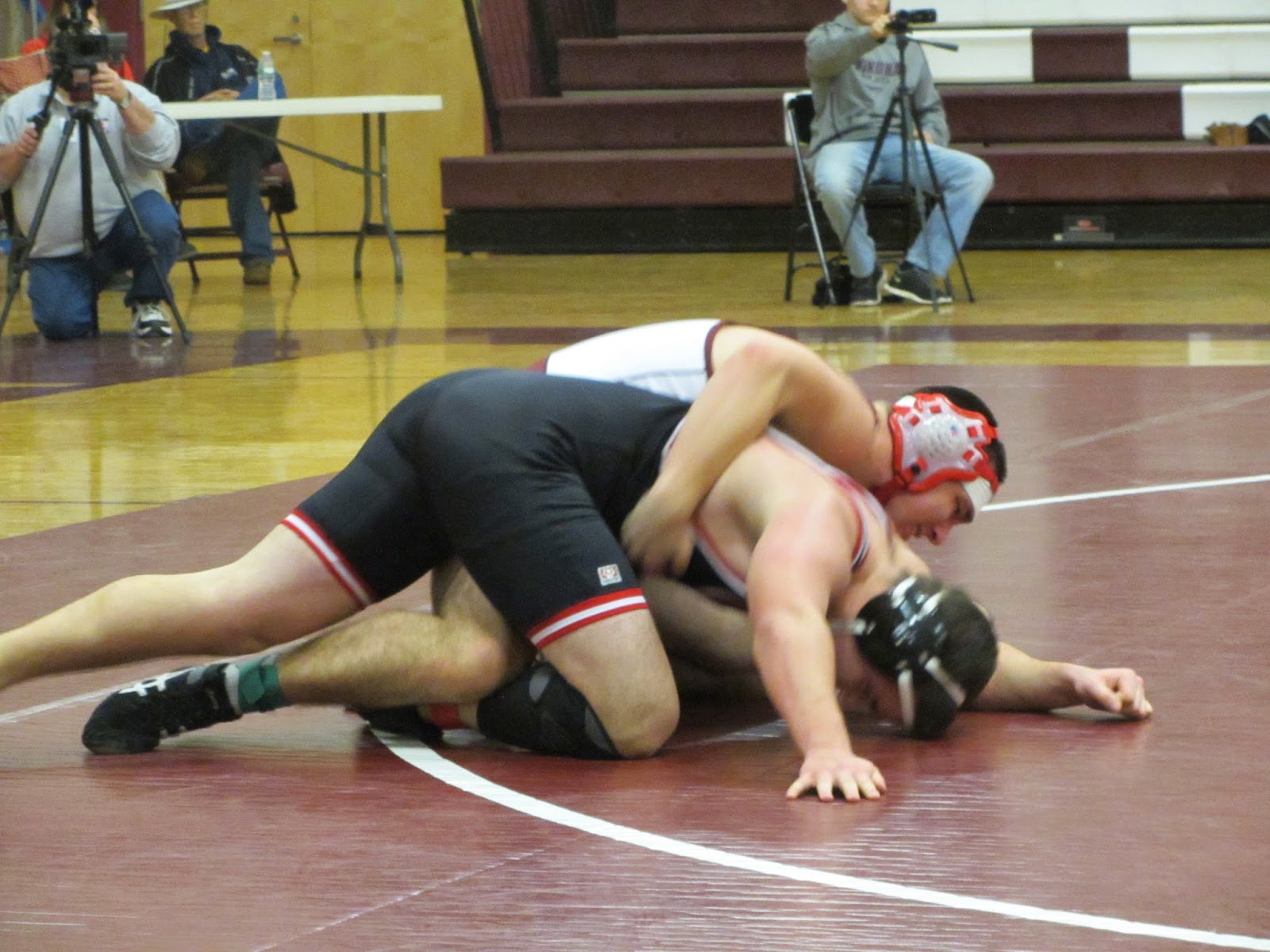 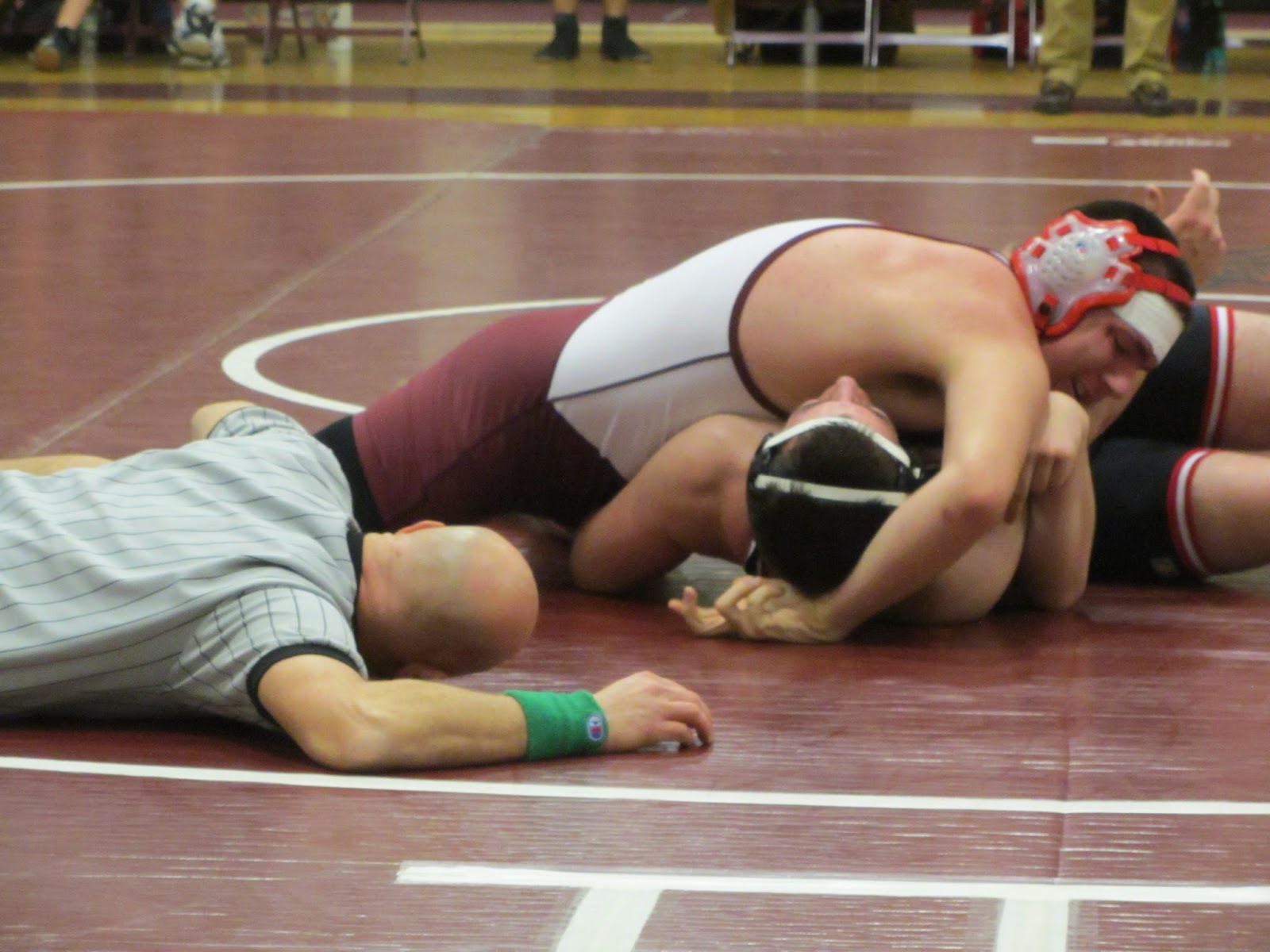 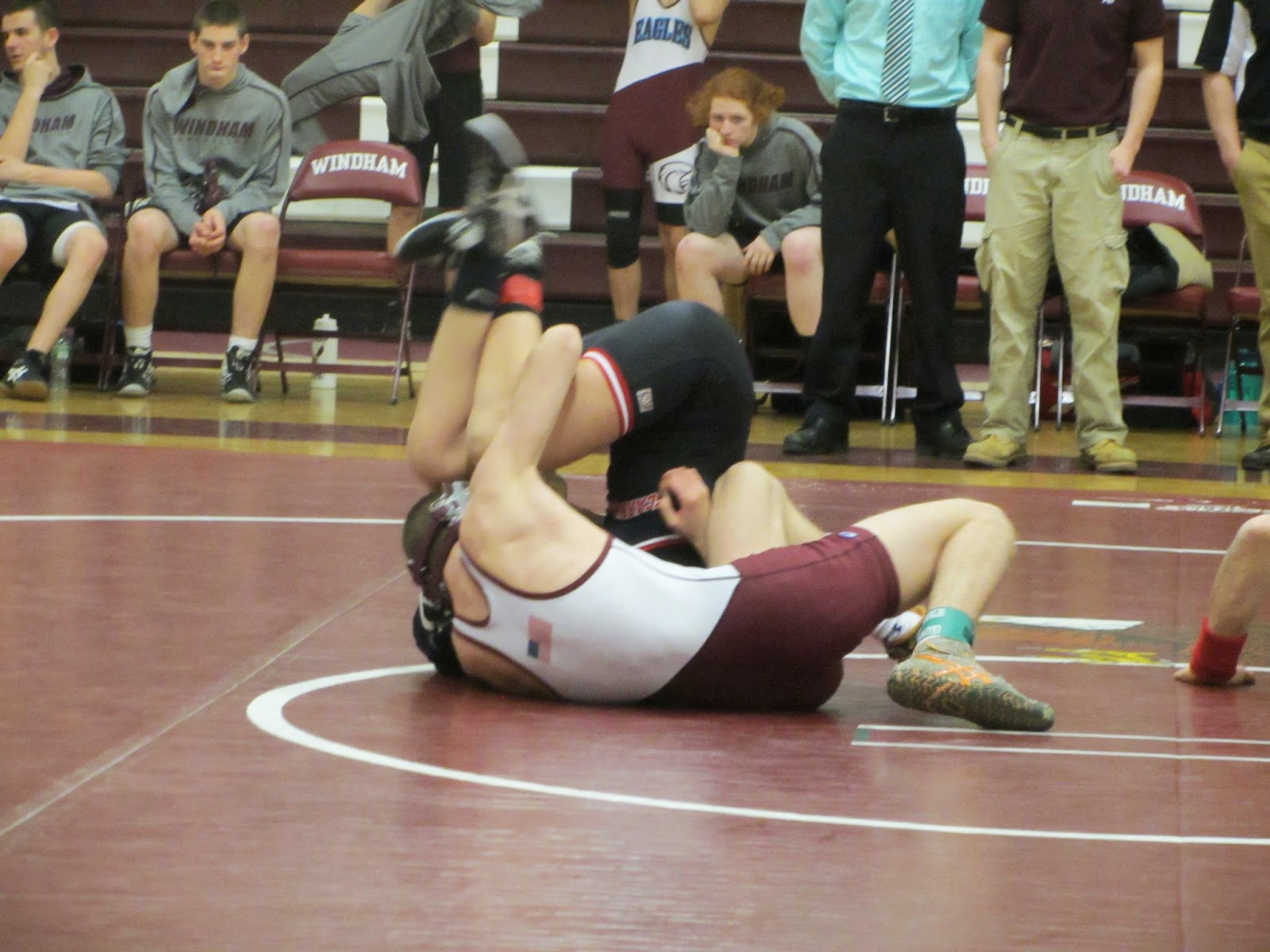 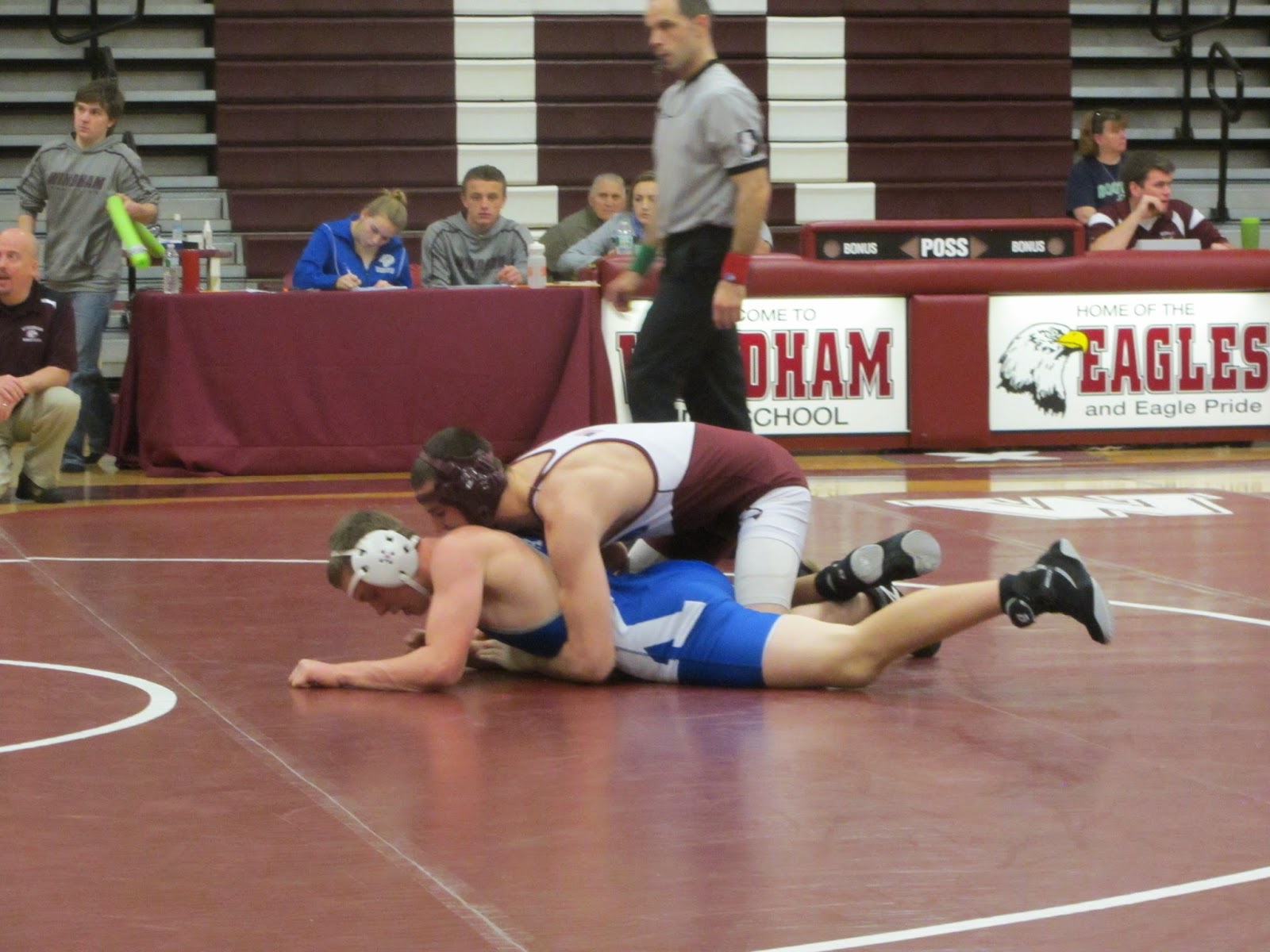 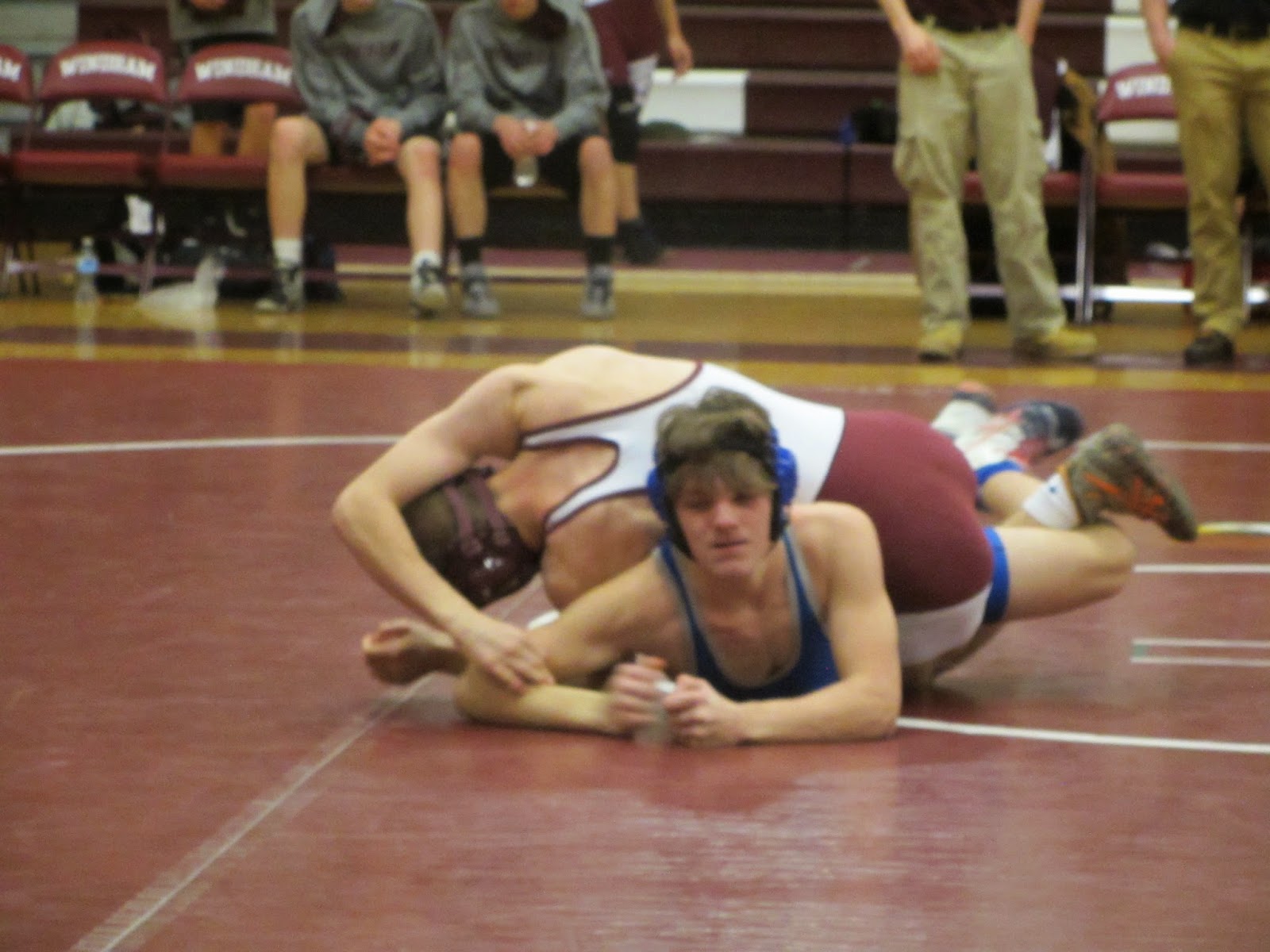 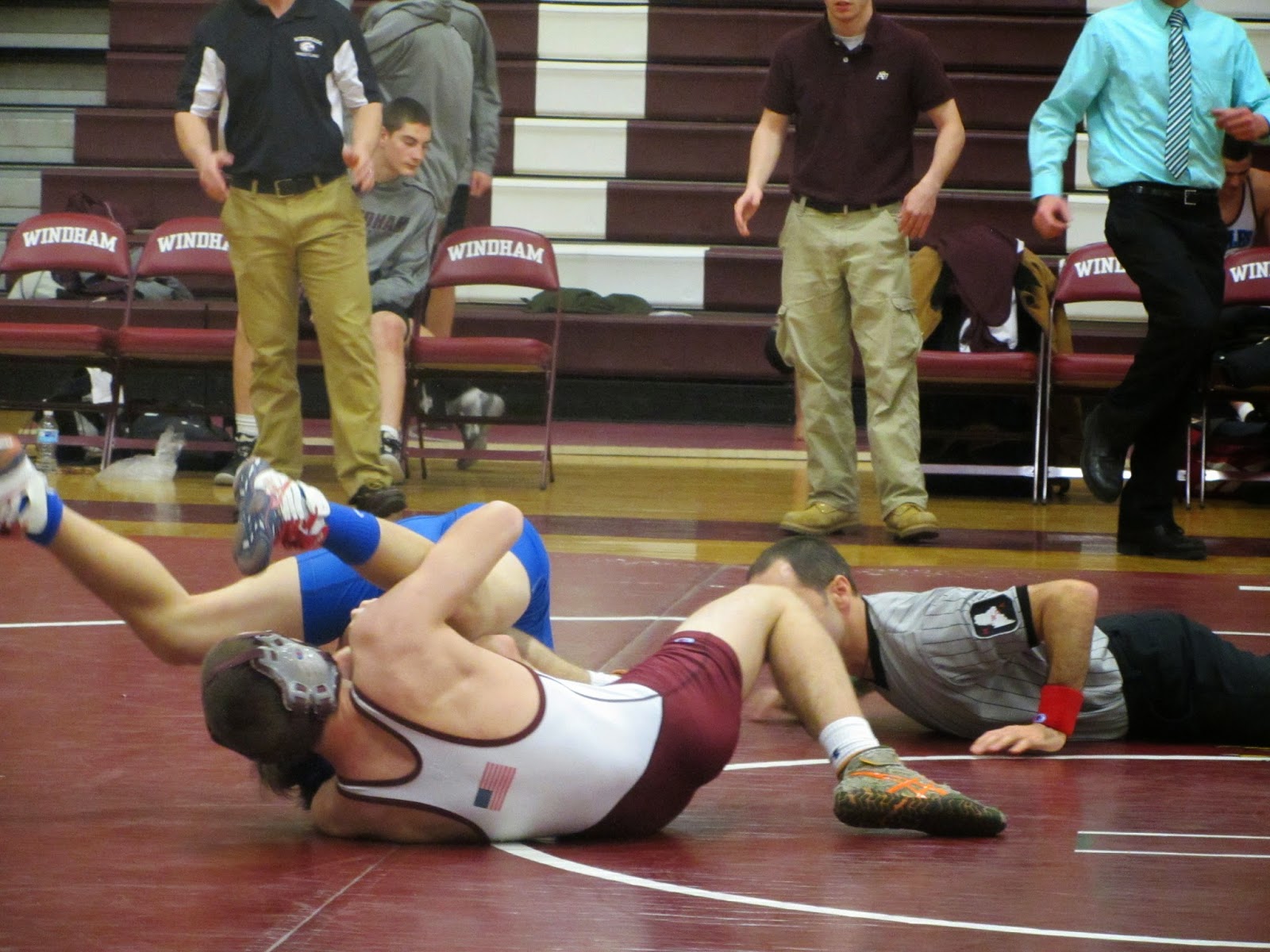 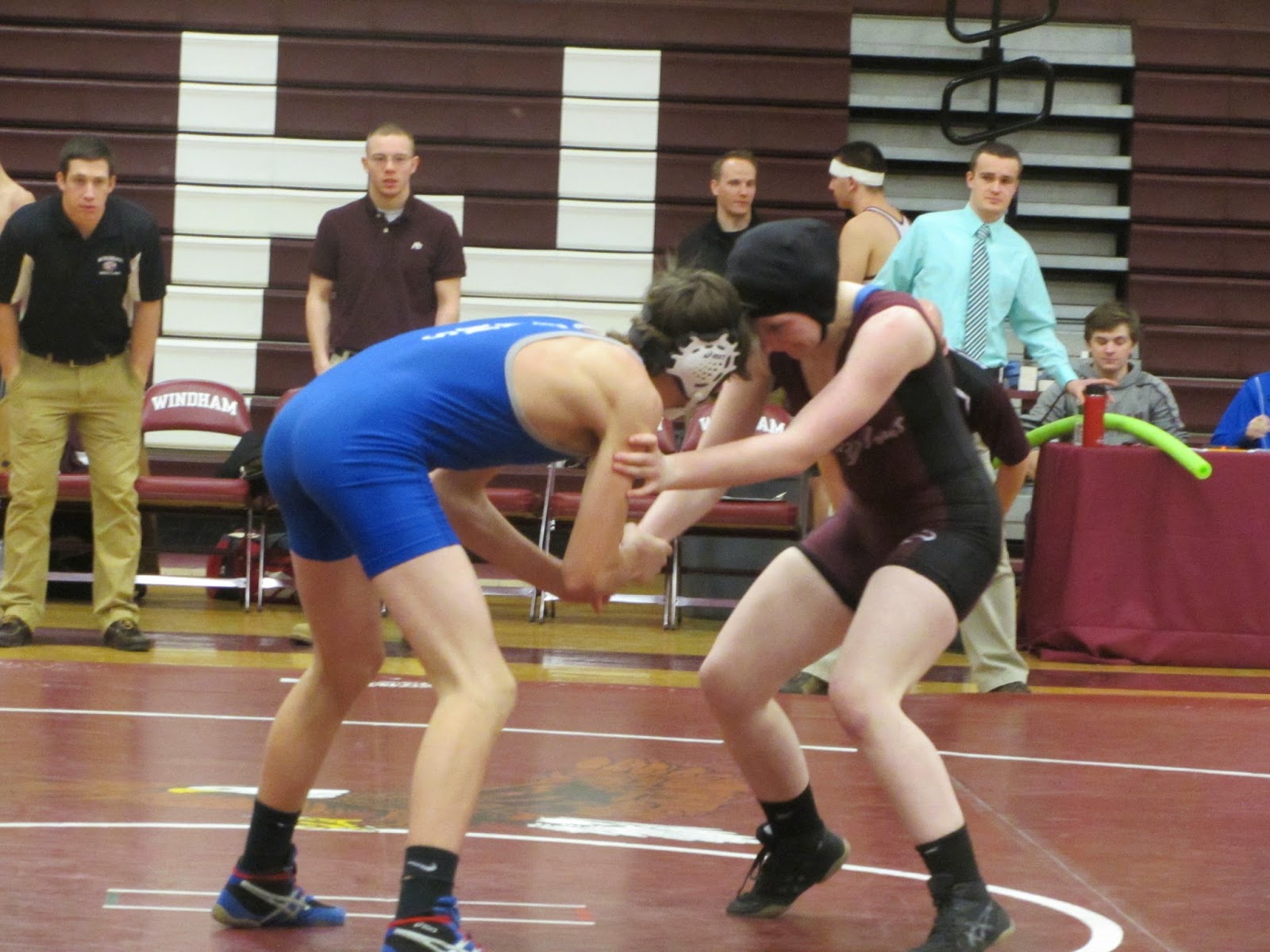 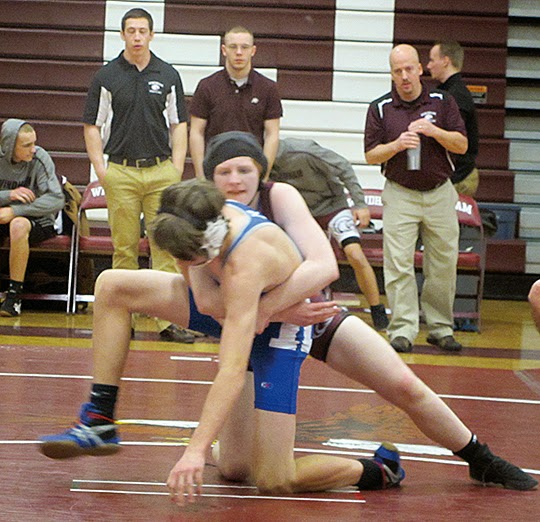 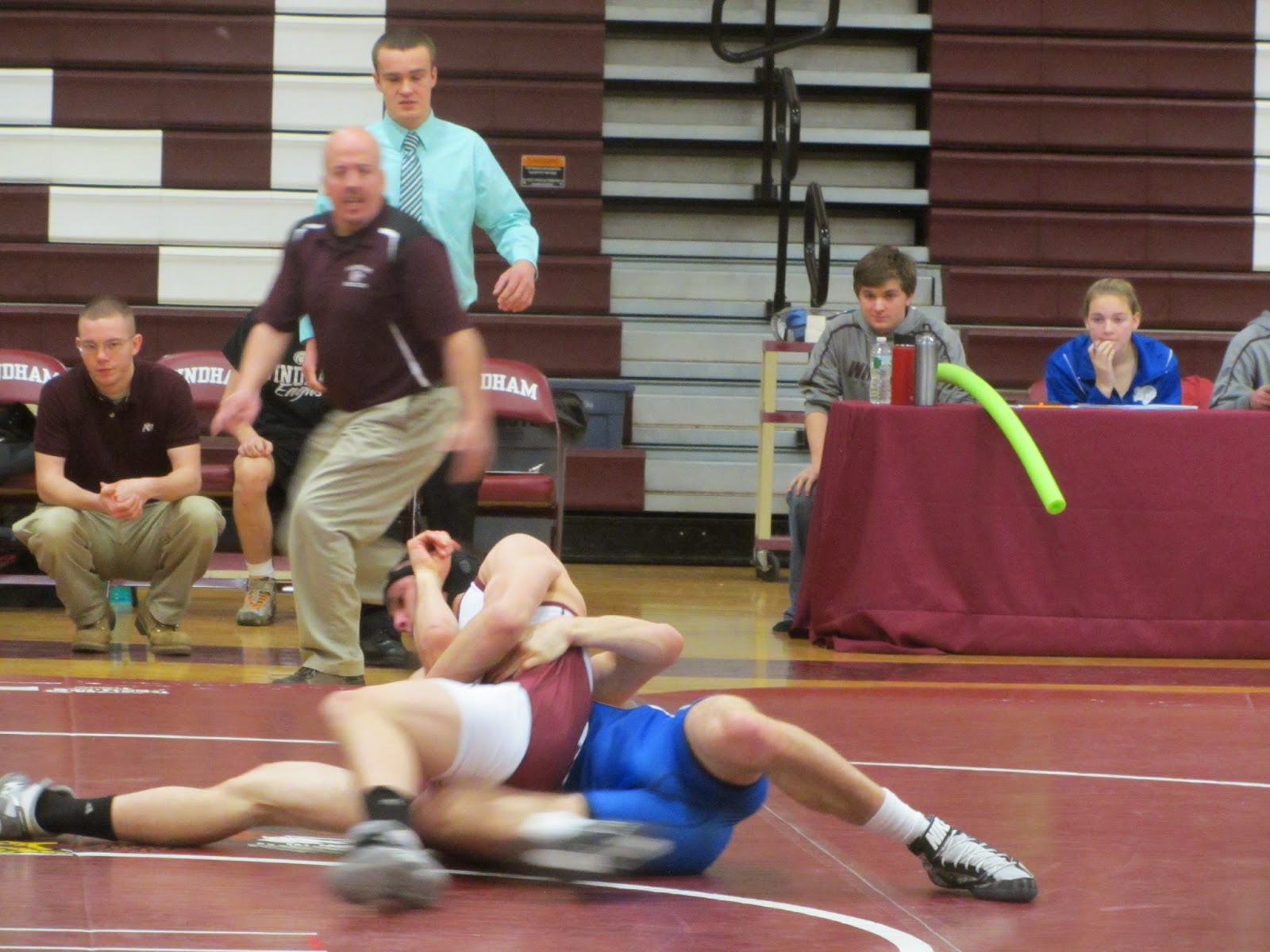 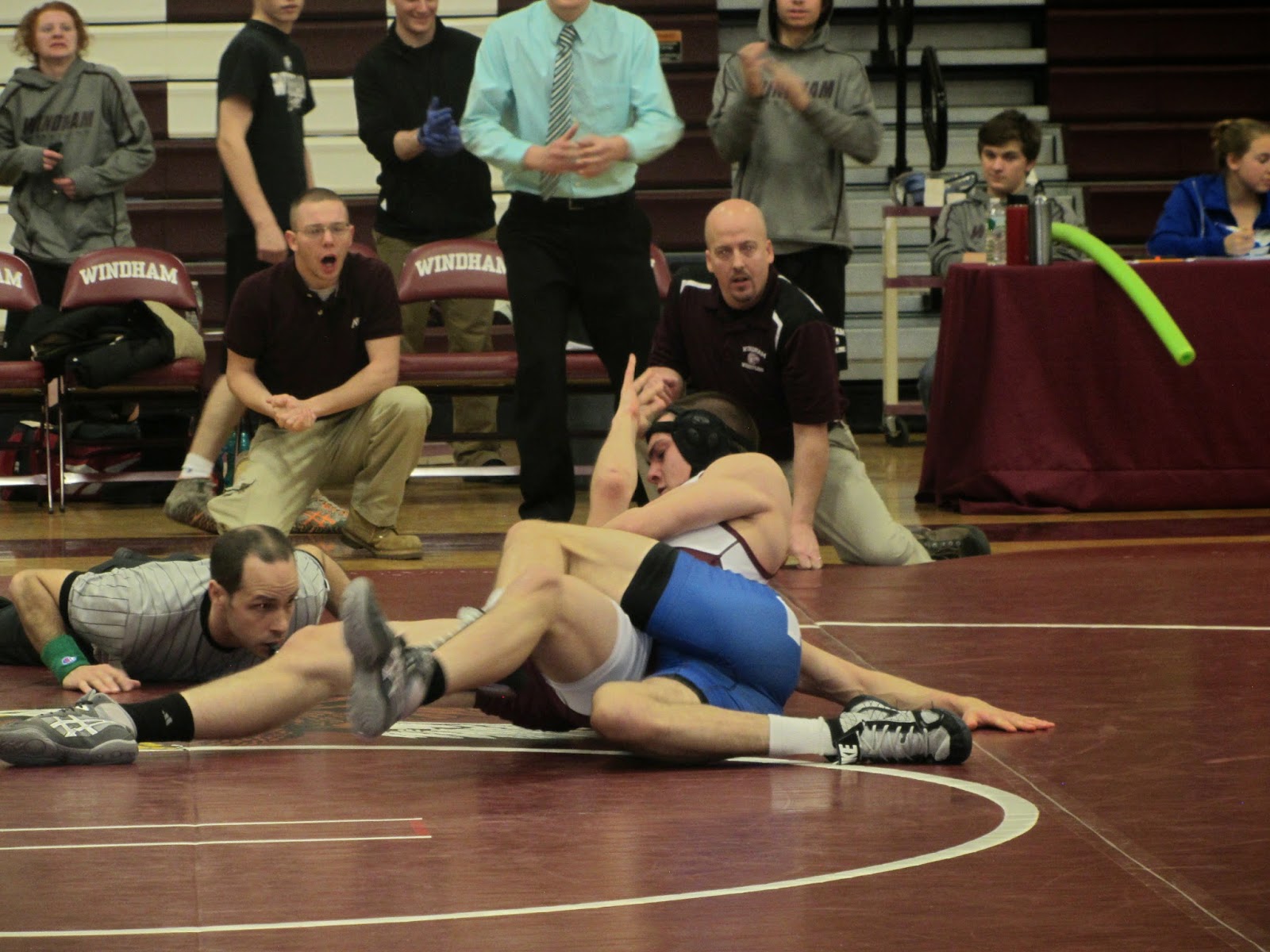 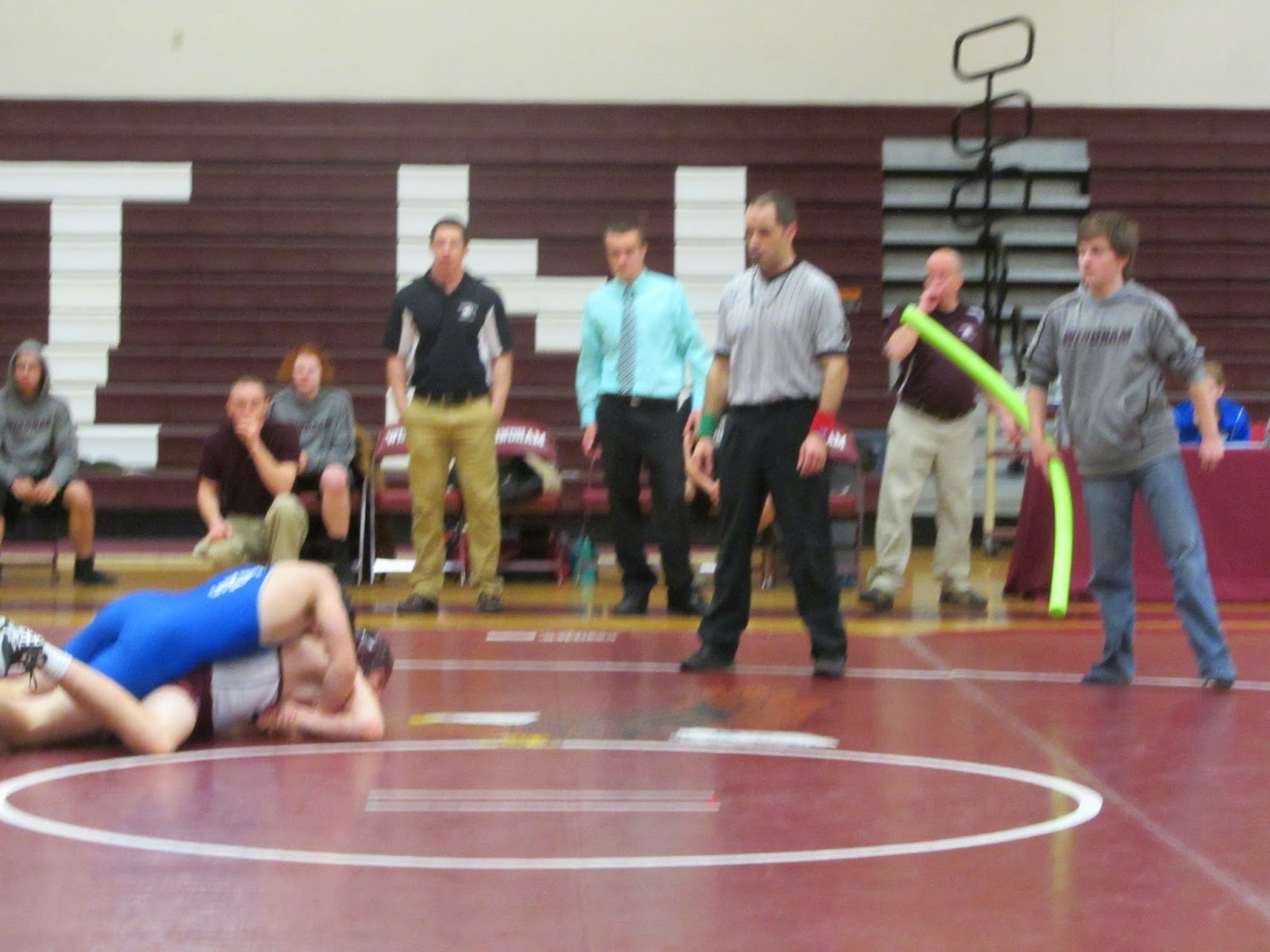 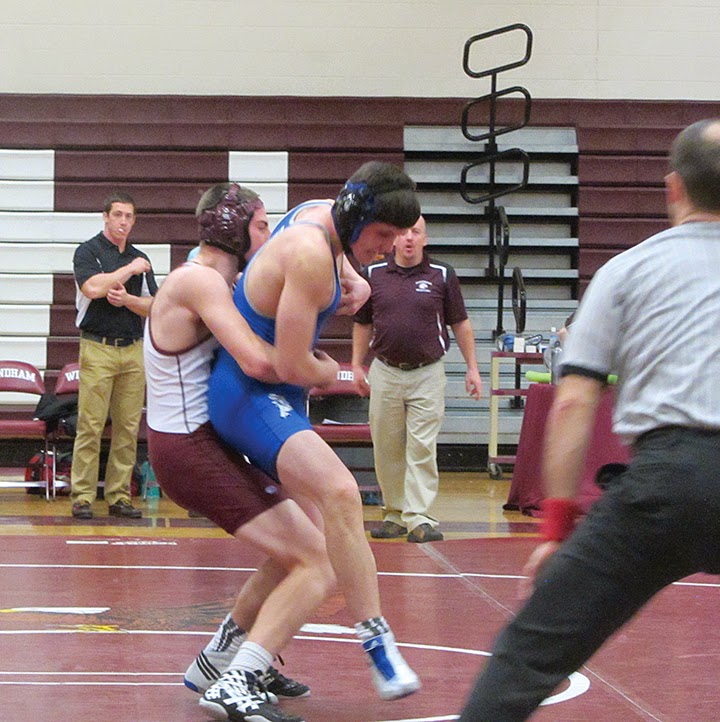 Posted by Michelle Libby at 5:49 PM