Team: Coming together as a team to achieve a common goal. 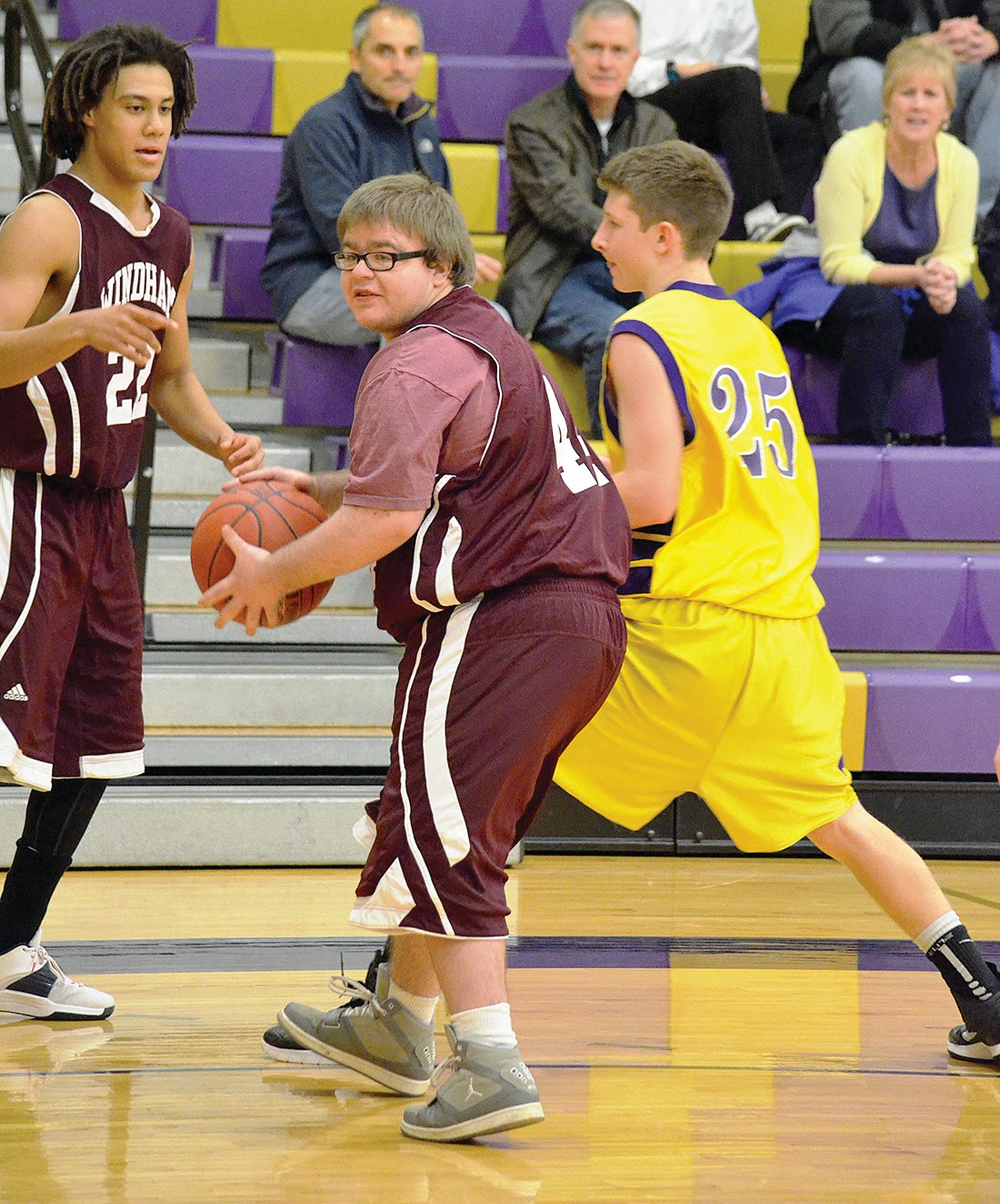 Friendship: A friendly feeling or attitude, a kindness given to someone. 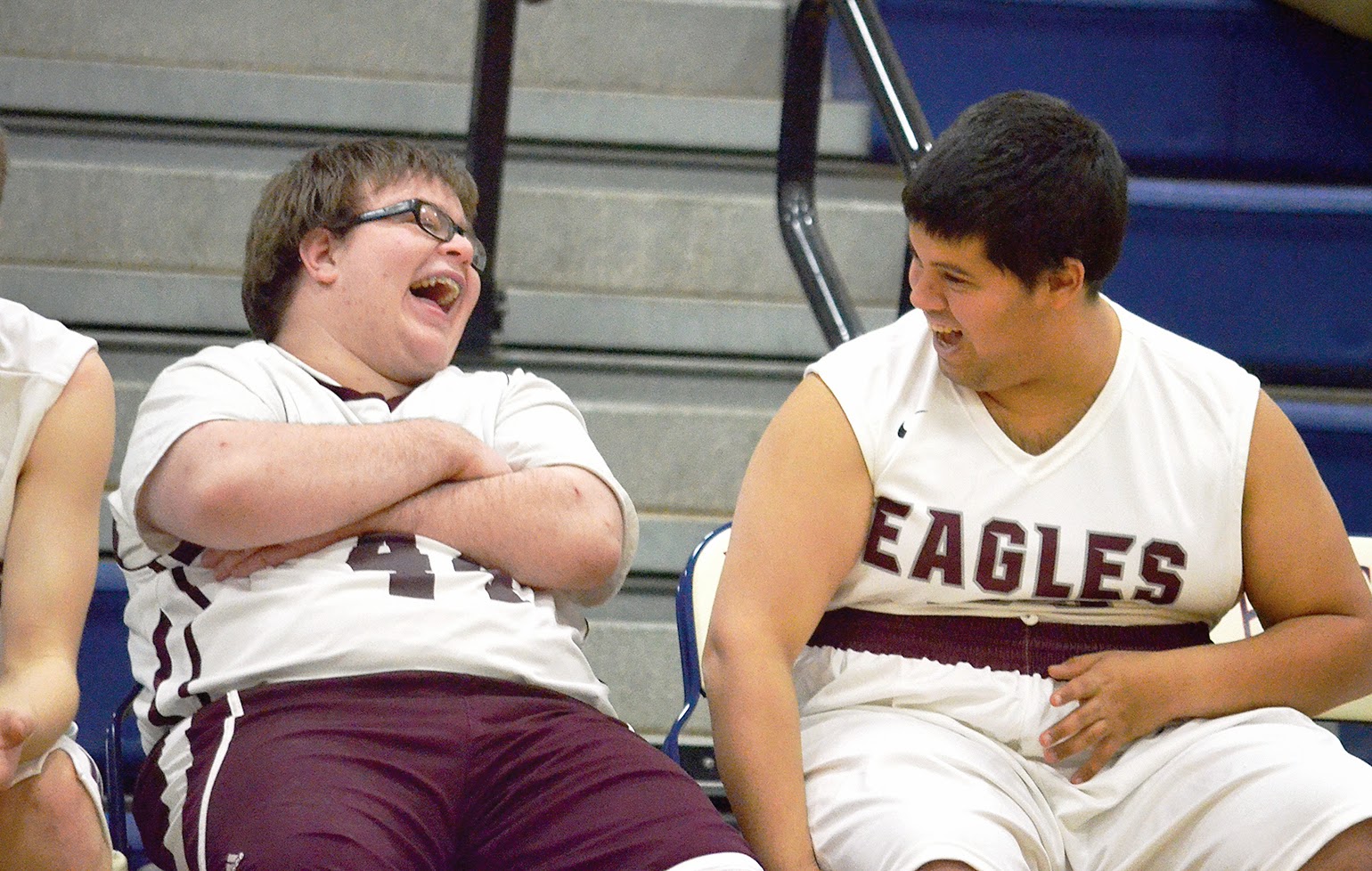 These are all words that describe what Andrew Tanguay and David Cross sought when they joined the Windham High School boys basketball team. Both boys sought to be part of a team, to develop friendships that they saw other kids having and to be accepted while they were able to enjoy participating in a sport they loved. 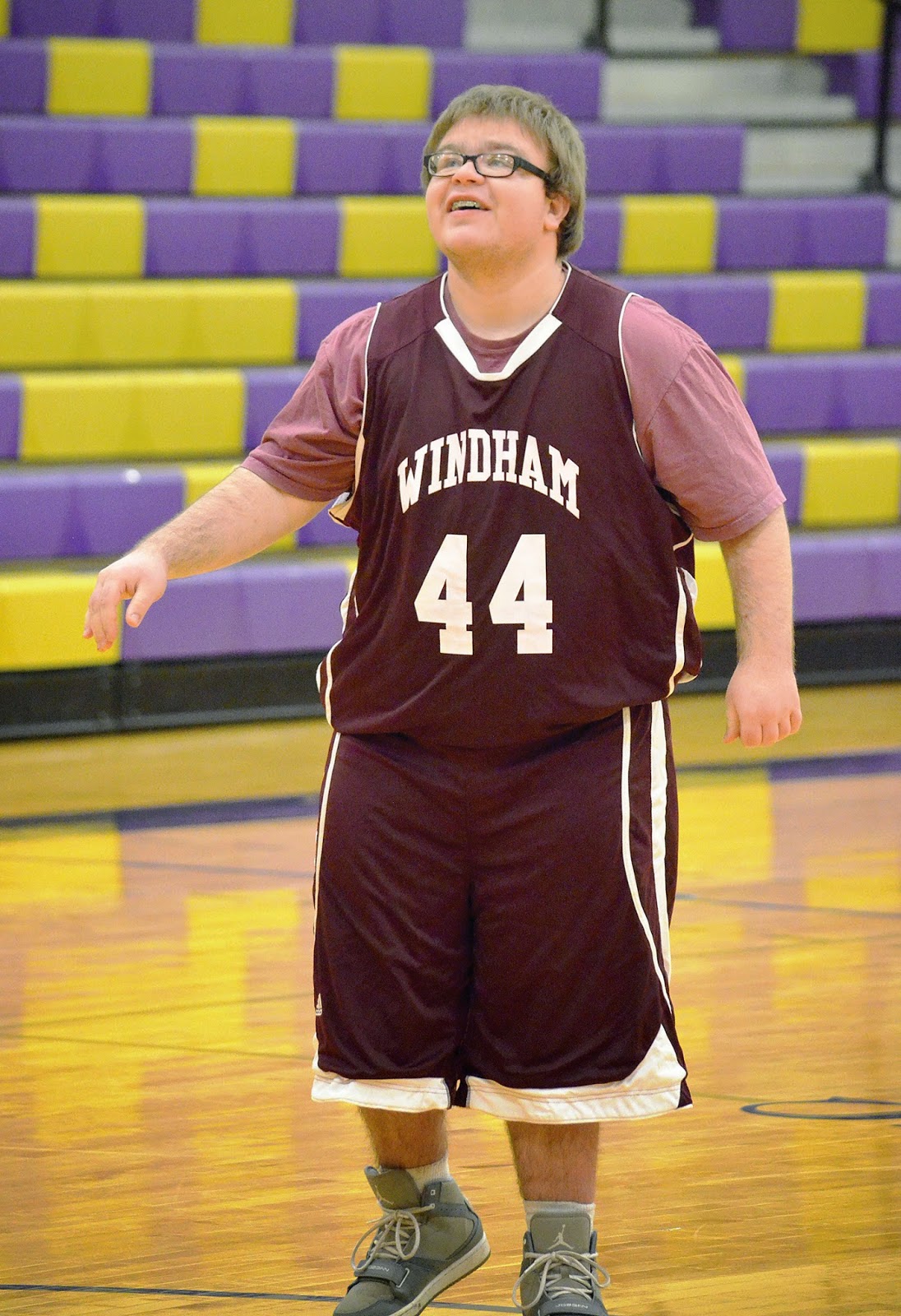 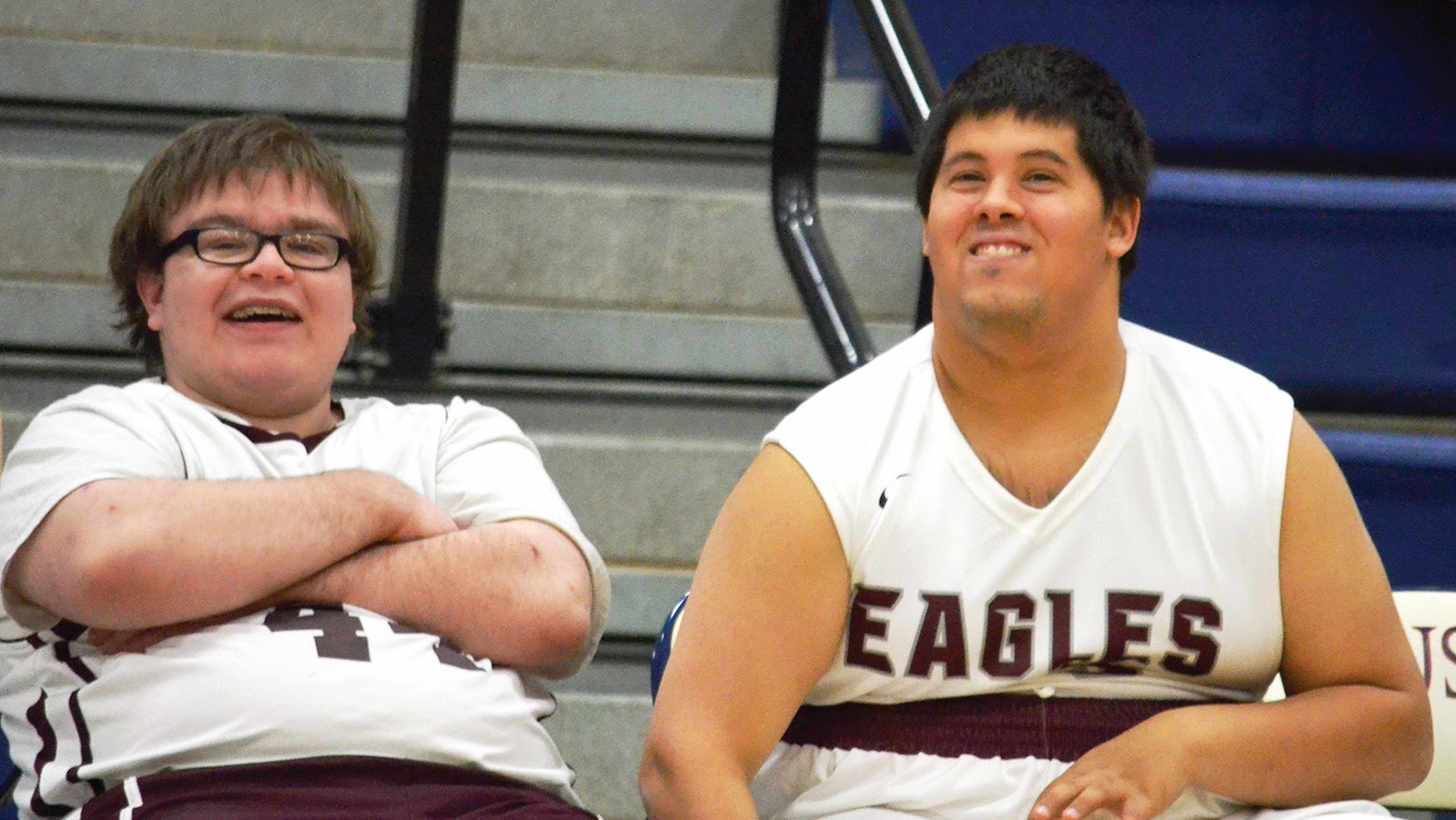 When asking Coach Kevin Millington what it was like to have Andrew and David on his team he stated, “They are wonderful and it’s been such a joy to have them around.” Both boys are seniors this year and they are leaving high school knowing they made friends and were accepted for whom they are and not what challenges they have had.

David played basketball his first two years of high school, he didn't play last year but came back this year to wrap up his high school career. Andrew has been with the team all four years. Coach Millington commented, “They bring an incredible enthusiasm for basketball and their team. It is so clear how much they love playing and being around the guys. If you saw them in school, they are very proud to be a part of our team. Their enthusiasm is contagious and brings a real positive energy to everyone.” 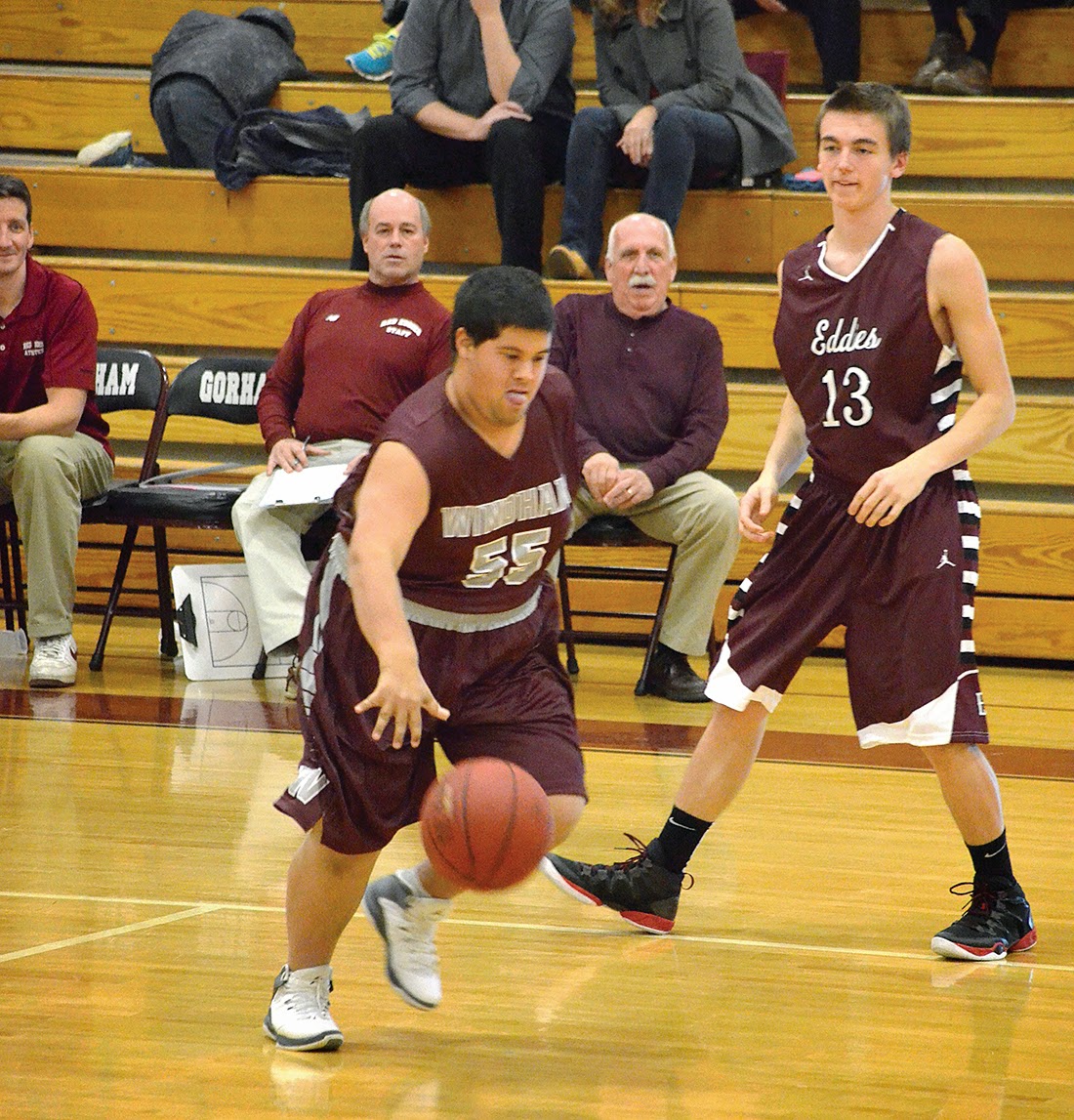 It’s is really hard to measure how much they have meant to the coaches alone. The coaches have watched the boys make friends with the guys, especially the seniors. They often sit together at lunch or just hang out in the "eagles nest" - the tables outside the cafe. It was such a wonderful example of acceptance and tolerance that the coaches were proud just as much off the court. “I am always amazed by kids and how great they can be to each other. Andrew and David reminded us (fellow coaches) everyday how important it is to love the game. It is tough at times during a high school career. It's not always as fun as it is when they are younger because things get more competitive. They remind us often that this is just a game,” said Millington. 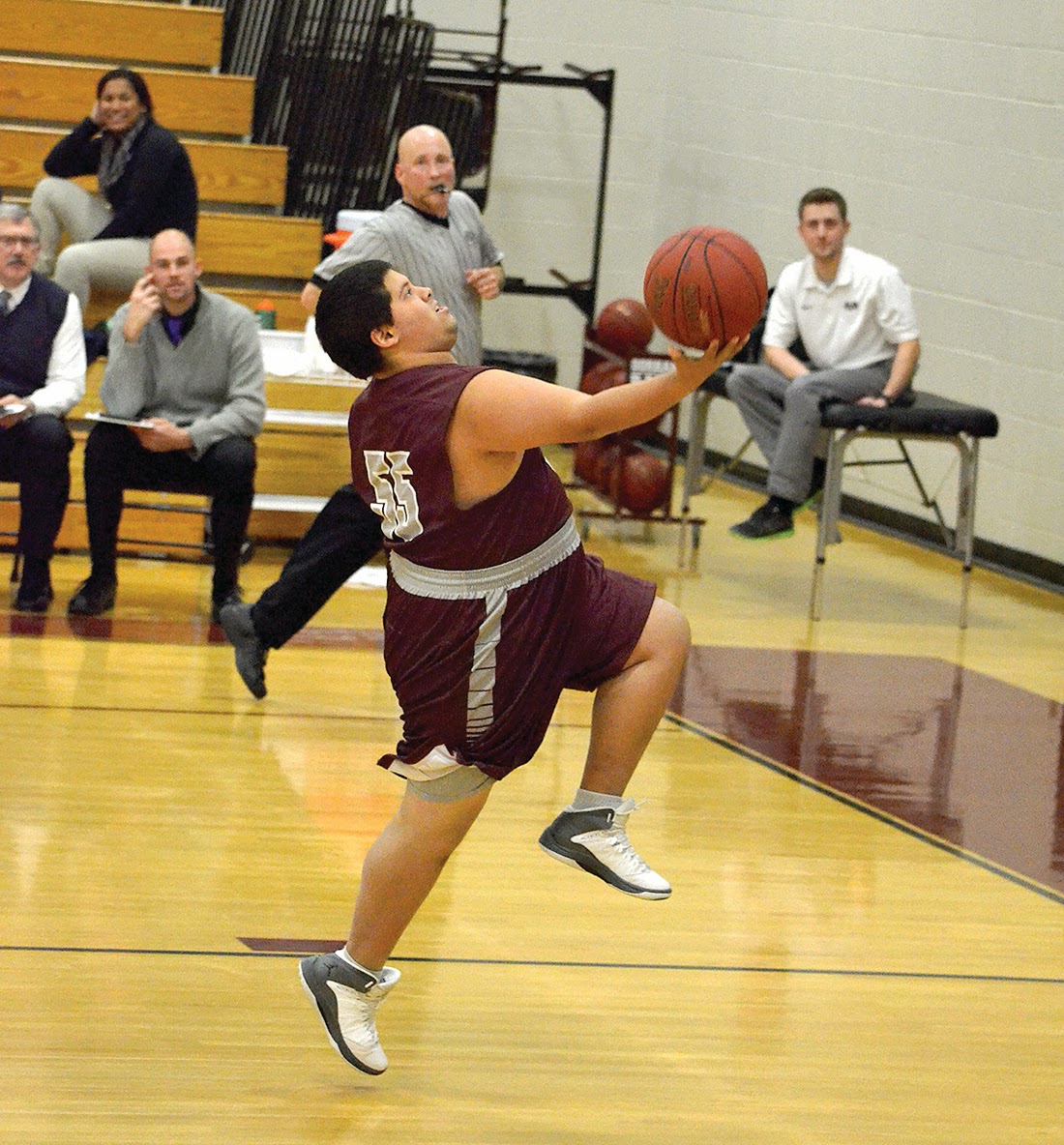 As Andrew and David played their last game in the quarterfinals, the seniors and coaches had tears in their eyes knowing it was over, Andrew reminded them one more time, that it’s just a game. “Outside of a state championship, I wouldn't have wanted it to end any other way” said Millington.

These boys kept the team grounded and always put a smile on their face. Andrew will be taking a break after high school and then continue on to CMCC in the agricultural program and hopes to be able to join another sports team where he will continue his passion for sports.

Posted by Michelle Libby at 8:56 PM