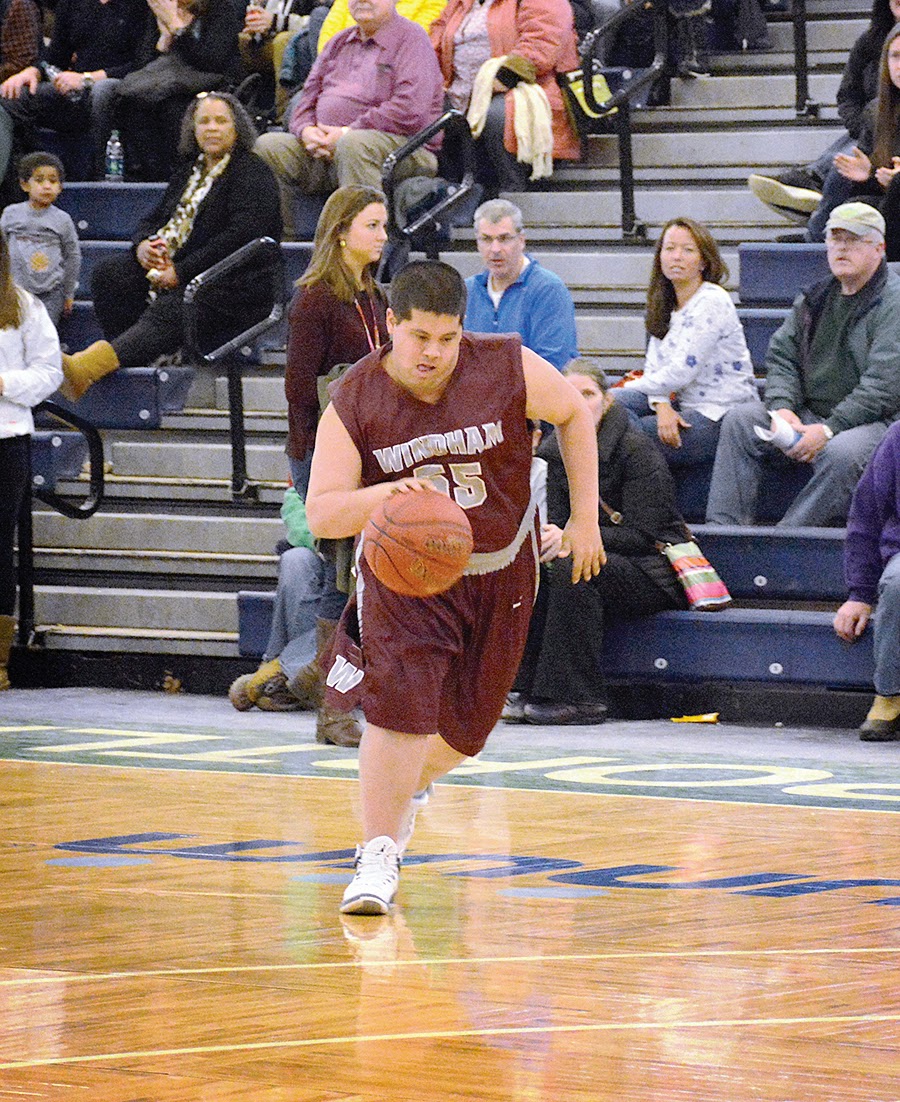 It was a long road to the playoffs this season for the Windham High varsity basketball team. The boys has some losses and some well-deserved wins, the team had some injuries they had to work around as they headed into the playoff tournament. On Tuesday, February 2nd the Eagles hosted Thornton Academy and came out the victors in a score of 43-38, which enabled them to head to the quarterfinals.

On Friday the 13th the Windham varsity boys arrived at the Portland Expo to go head to head against the Portland Bull Dogs. The Bull Dogs came out strong and outscored the Eagles in the first quarter of the game 13-5. During the second quarter Windham found their footing and went nose to nose against Portland and took the most points ending the first half of the game Windham 18 and Portland 23 bringing the game closer and making the fans happy. 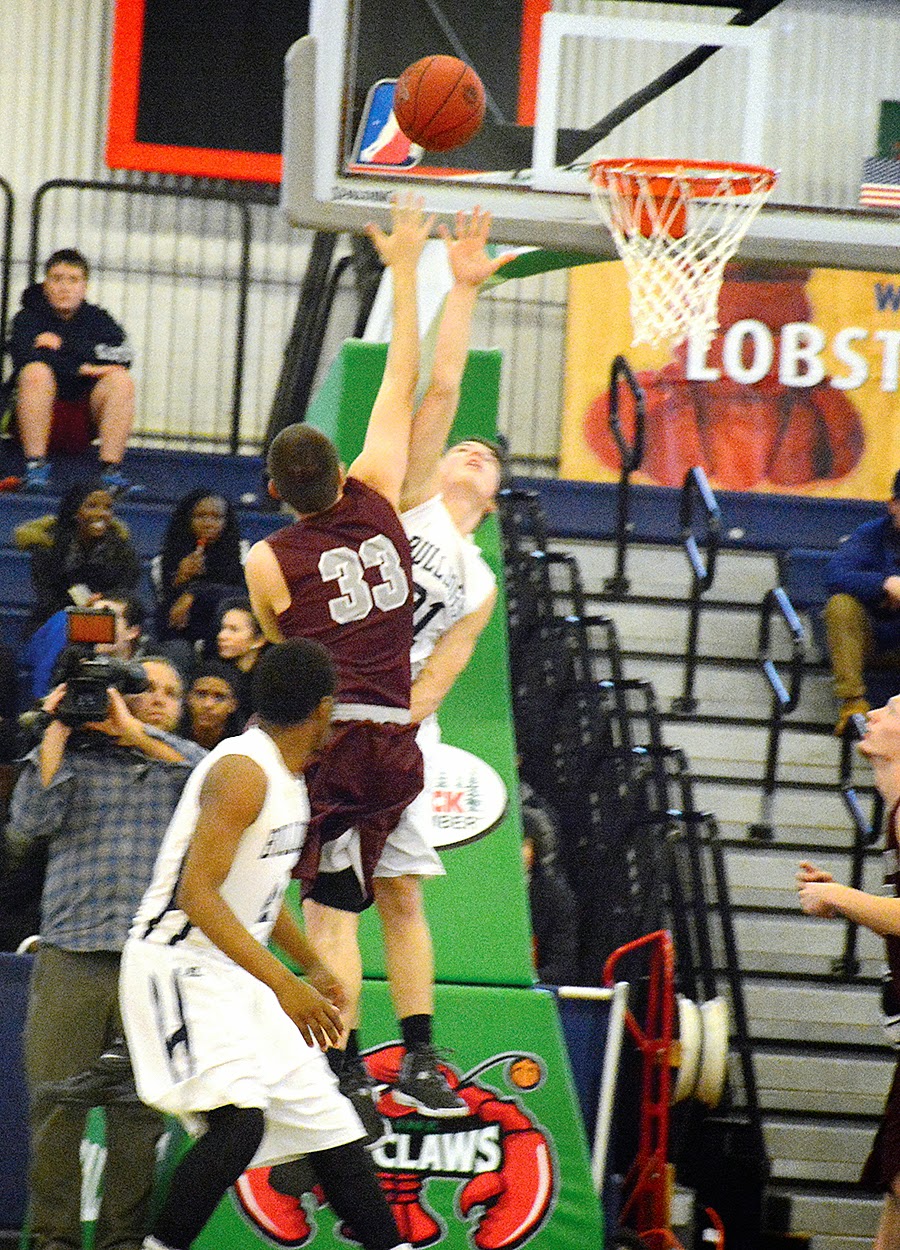 The Bull Dogs owned the third quarter. However, the Eagles made the fourth quarter theirs, but it wasn’t enough to win the game. Windham senior Troy Davis ended the game with 14 points and senior Greg Gledhill followed right behind with 13 points. Stephen Alex and Amir Moss both were top scorers for the Bull Dogs with 16 points apiece. The Eagles lost to the Bull Dogs 50-57. 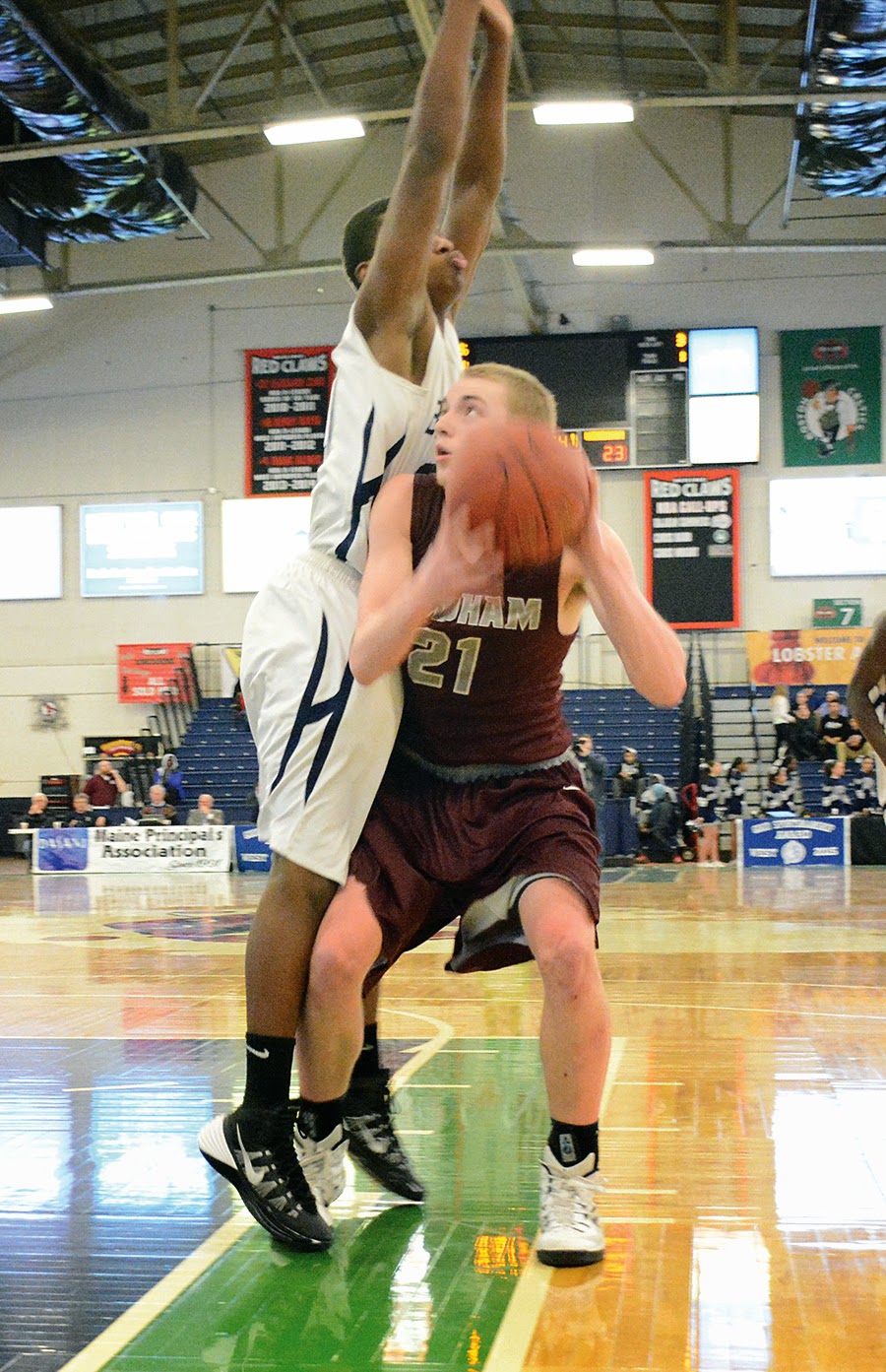 Coach Millington and his coaching staff said, “We are very proud of these boys and are happy to have been a part of this experience.” Senior Andrew Tanguay was able to shine one last time as a part of this team when he took to the court and scored a 3-point basket ending the season. Congratulations Eagles on the 2014-2015 season. 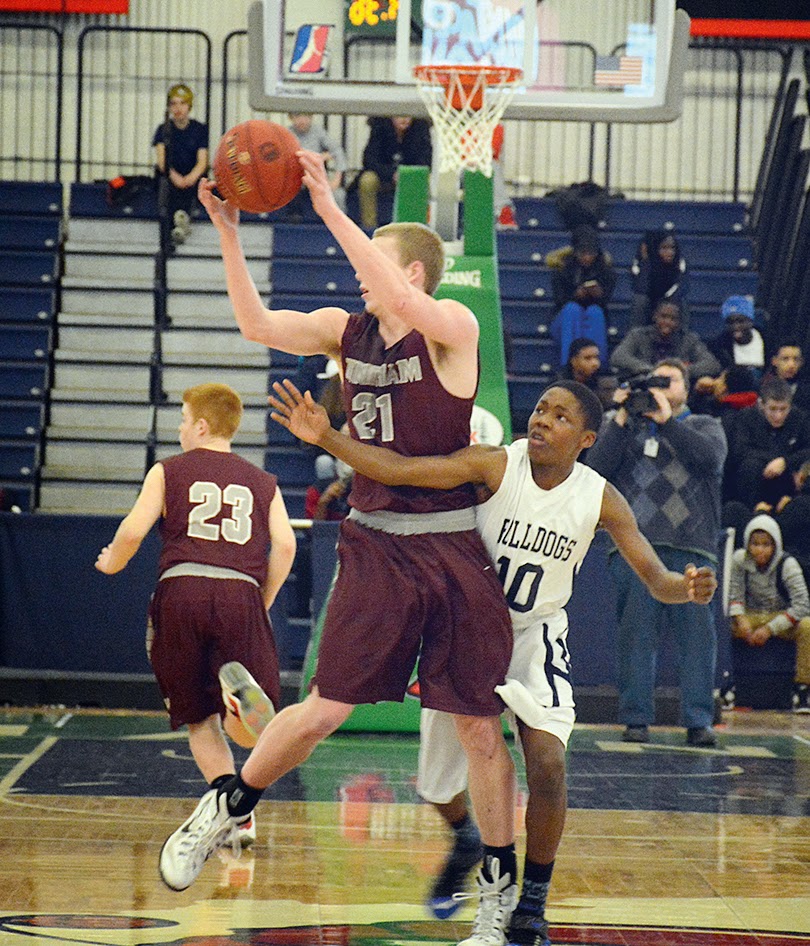 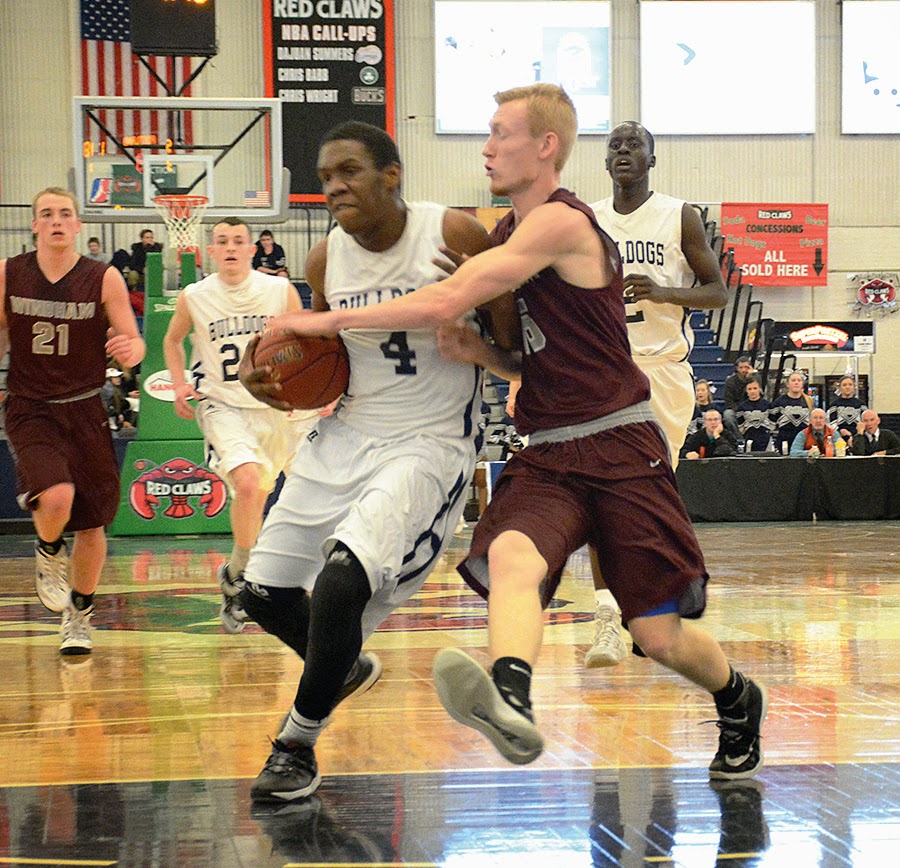