“My daughter Samm, a lady of heart, a lady of character and a little lady with a lot of spunk!” said Ed Frank. This dad has a lot to brag about. This past weekend, Samm Frank wrestled in the NCWA Collegiate National Championship down in Allen, TX, as a freshman for the University of Maine at Orono. She walked away with the title National Champion in her weight division. By pinning the reigning two-time National champion from Southwestern Oregon College, Samm earned UMaine’s recognition for being the first girl to ever win a National title in wrestling. 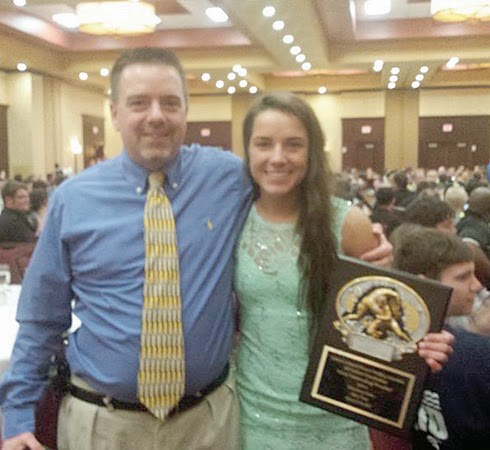 Samm didn’t go off to college intending to continue her wrestling career instead choosing to focus on her field of study which is nursing. However, after much thought, encouragement of friends and the passion for the sport, Samm decided to give college wrestling a go. And what a go it has been. Samm has gone undefeated this season, qualified for Nationals, won gold in Canada, took the National Champion title in Texas and has been voted "Most Outstanding Wrestler" by all the coaches. 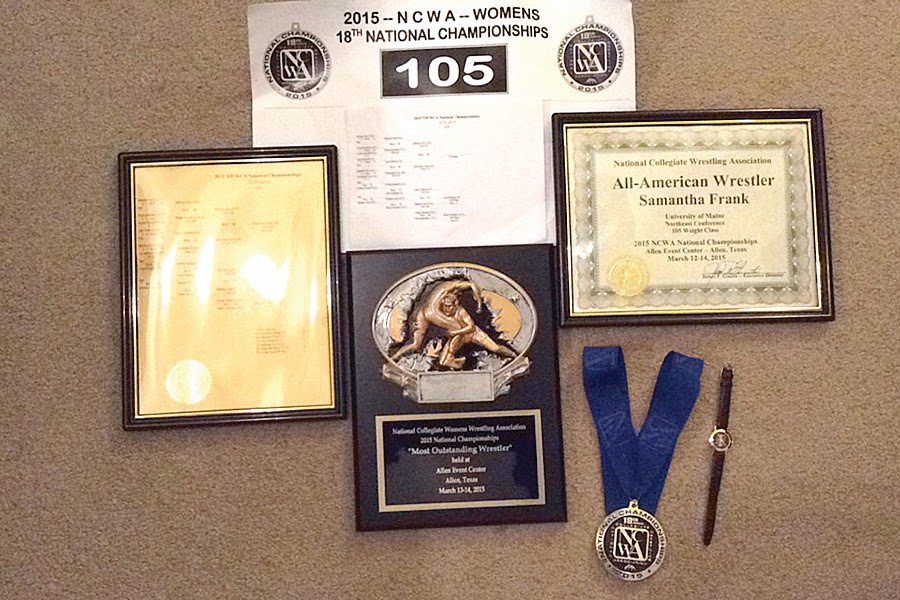 Right after she won, Samm ran up in the stands to give her dad, a person in her life who has not missed a match since she was in the seventh grade, a celebratory hug. While on her way up the stands Samm was congratulated by a little girl at the end of one of the rows with her hand out waiting for her to come by so she could get a high 5. After Samm hugged her dad, the little girl’s father stopped and asked if Samm would take a picture with his daughter. “After that I realized how many girls out there look up to people who place highly among others. Knowing that I am that person is still humbling,” said Samm.

When Samm was asked how she prepared herself, after deciding to join the team, her reply was, “Becoming a national champion was my goal for this season. So I set that goal and worked at it. I didn't let it slip away from me. I broke it down piece by piece just taking it one match at a time. I set short goals to win every match I was in, knowing this would eventually lead me to my bigger goal. I was really taken by surprise when I was awarded most outstanding wrestler. That was the cherry on top of everything. I'm still at a loss for words to describe how it feels. It's a feeling like no other.” 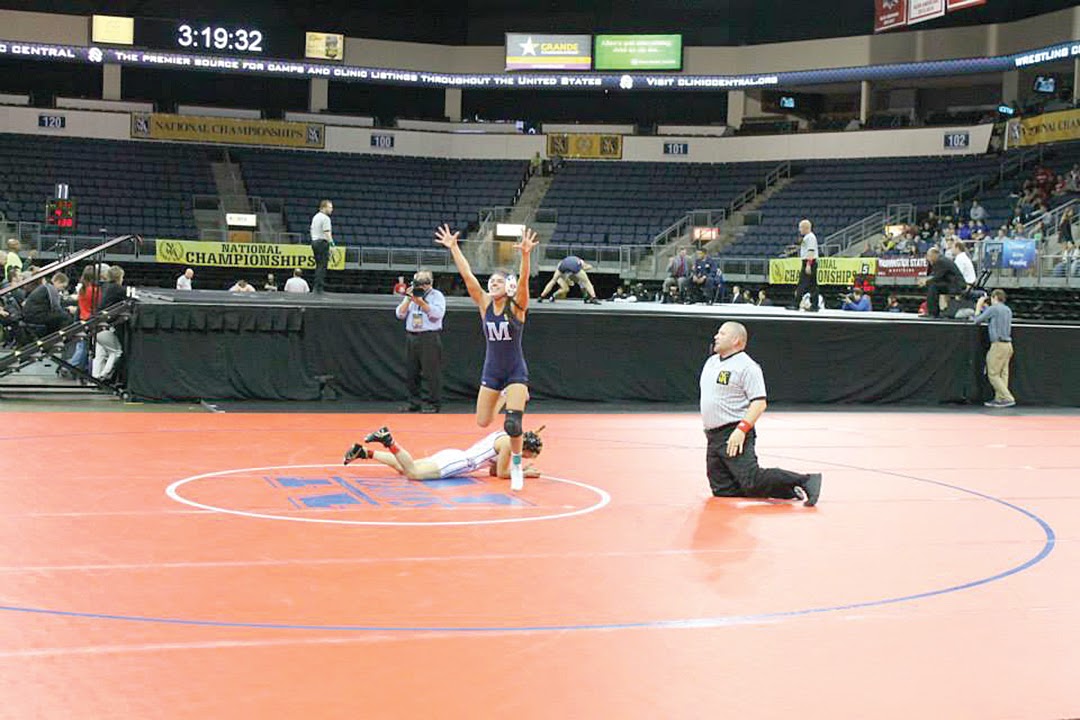 When thinking about this past weekend, Samm said, “Lining up for the All-American march in was when my adrenaline kicked in. I started thinking about how hard I worked all season, how hard my coach worked to get my matches and get me the practice that I needed. I thought about all of the people who knew that I was at Nationals and in the finals. In my mind, I just thought of so many things, and all of the people who look up to me. I didn't want to let anyone down, especially myself. I knew it would be my last match of the season so no matter how tired I got, I needed to leave it on the mat. Give it everything I had.” 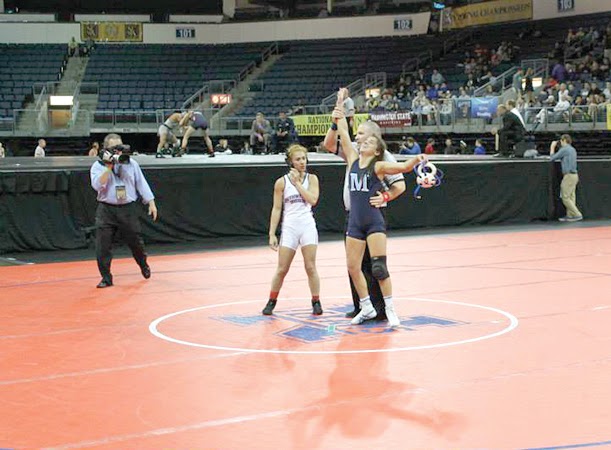 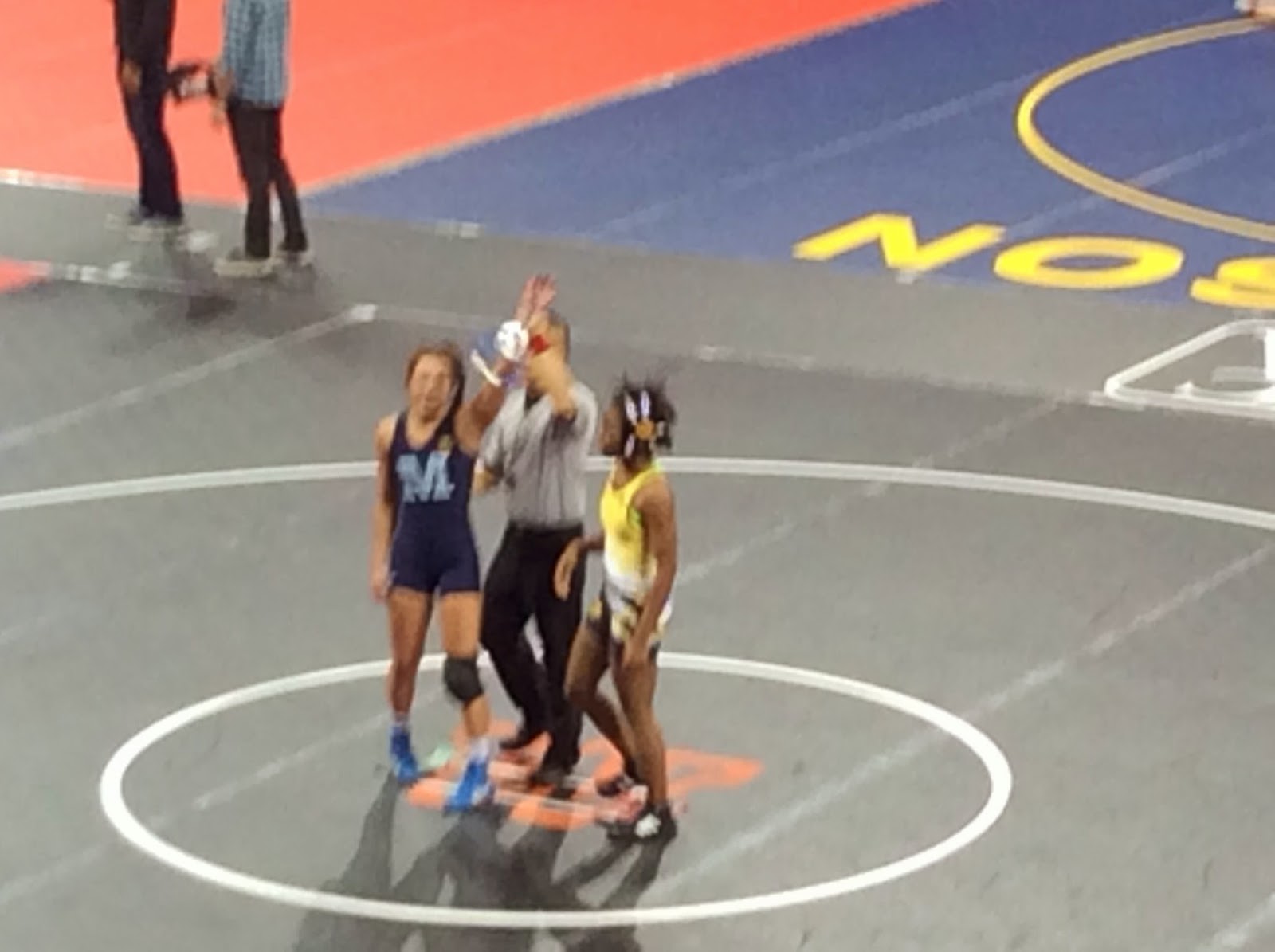 When talking about her school and her coaches, Samm said, “I am proud to wear that 'M' on my chest representing UMaine. I love the team that I am a part of. We really are just like one big family and that's what makes it even better. We go to practice and we all push each other, we go to a meet and we all support each other. Our coaches are amazing. Coach Aaron James goes out of his way to do what's best for us. Winning a national title representing UMaine is probably one of the best things that could have happened.” 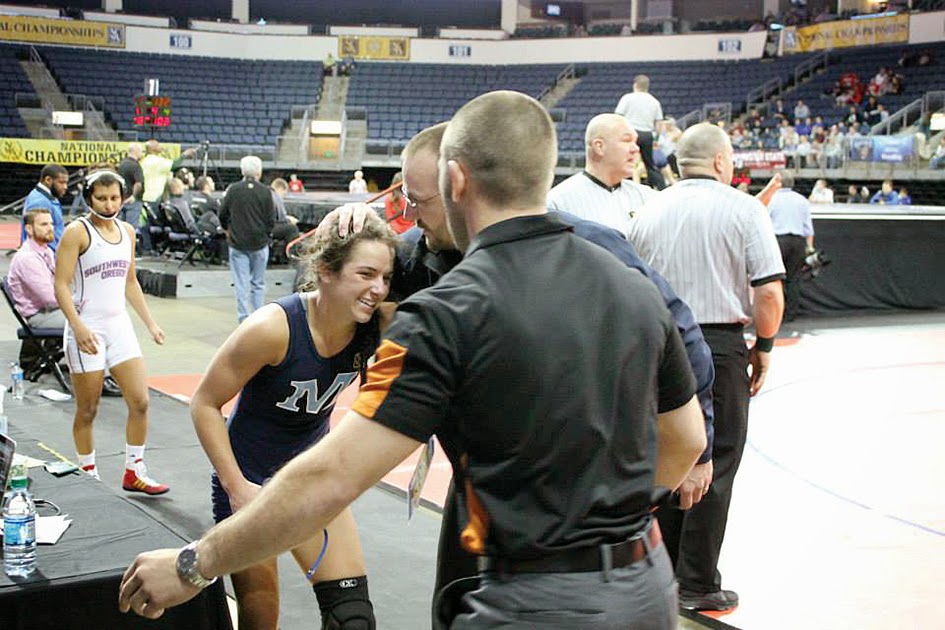 Though Samm’s mother, Jennifer, hates the sport of wrestling she is extremely proud of her daughter. It’s hard for a mother to bring herself to watch her daughter be thrown around on the ground by both other girls and boys, but that didn’t stop her from supporting Samm, she said. Andrew, Samm’s brother is one of her biggest fans.

Posted by Michelle Libby at 4:37 PM