Along with a new varsity softball coach – Travis Demmons, the Lady Eagles captains Maddie Elliott and Anita Mooradian are successfully bonding a team on and off the field and working together to make the season record 5-0 to date. Along with the return of sophomore Danielle Tardiff who is back from an injury that stopped her from playing last season, the ladies are off to a great start. The last three games are a clear indication of what this team has to make it a memorable season.

Lady Eagles beat McAuley -
An ace performance by Danielle Tardiff led the Eagles to a 5-1 win in seven innings over McAuley High School last Wednesday. The Windham Lady Eagles got nine strikeouts from Tardiff. She allowed no earned runs on four hits and no walks over the seven innings.

Olivia Mora racked up three RBIs on three hits. Mora singled in the first inning, homered in the third inning, and doubled in the fifth inning. In the bottom of the third, the Lady Eagles grabbed the early lead, 1-0. A solo home run by Mora started the inning off.

A. Chase from McAuley was charged with the game loss. She lasted just four innings, walked two batters, struck out seven, and allowed two runs to make it home. In the fifth inning, McAuley pushed across its only run of the day on an RBI single by Z. Li. 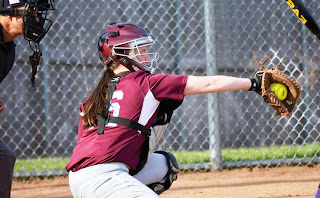 The Lady Eagles clinched the game for good in the fifth, scoring four runs on two doubles and an RBI single by Tardiff.

The Lady Eagles' Tardiff kept Marshwood off the scoreboard for all seven innings while she was on the rubber. She pitched a shutout, allowing no runs on two hits while striking out seven batters. 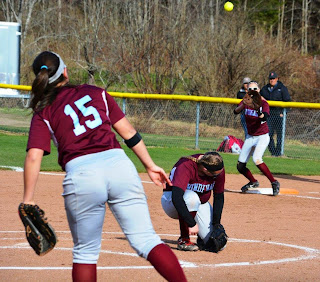 E. Robida from Marshwood couldn't get it done in the circle for her team, taking a loss. She lasted six innings, walked three batters, struck out seven, and allowed two runs.

Lady Eagles best Cheverus:
Scoreboard operators were busy at Cheverus on Monday as the Windham Lady Eagles and Cheverus combined for 28 runs. The Lady Eagles eventually won the offensive battle 20-8 in seven innings.
Hitters on both sides were strong at the plate as the teams combined for 24 hits, including six extra base hits.

Nine runs in the opening three innings allowed the Eagles to easily put away Cheverus. An RBI double by Sadie Nelson and a two-run single by Danielle Tardiff during the first inning and an error, then another error by Cheverus, and an RBI double by Nelson in the second inning fueled the Eagles' offense early. 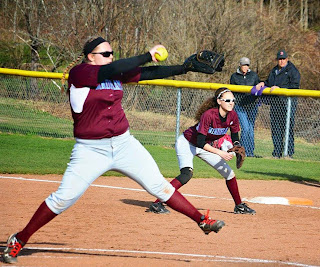 The Windham Lady Eagles easily handled Cheverus’ pitching as seven hitters combined for 16 hits, 16 RBIs and 14 runs scored. The Eagles added three more runs in the top of the third. Lauren Talbot started the inning with a single, plating Alex Morang. Then the Ladies piled on five more runs in the top of the fourth. The inning looked promising, as Tardiff doubled, scoring Christina Mooradianto to kick things off. That was followed up by Anita Mooradian's single, bringing home Morang. 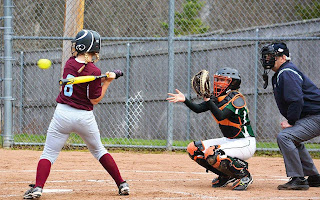 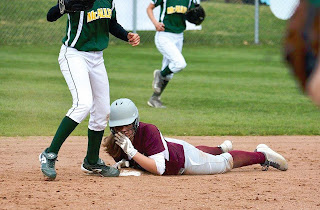 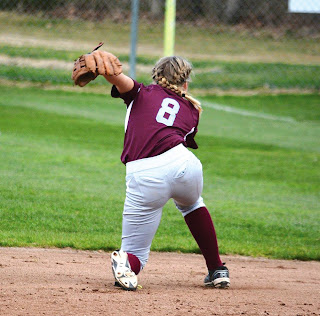 Posted by Michelle Libby at 9:51 PM