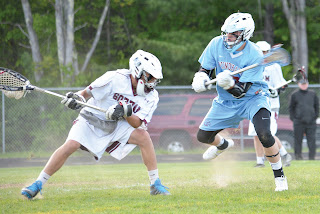 The Gorham Rams hosted the Windham Eagles last Friday afternoon.  The Eagles (6-3) stepped up to the Rams (8-11) for a suspenseful, on the edge of your bleacher seat, back and forth game of lacrosse. However, the Eagles fell short in the end, Gorham 15 – Windham 10. 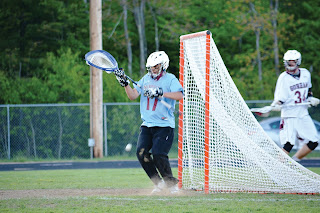 The game continuously went back and forth with both teams scoring and keeping the game close.  The Eagles Griffin Jacobson scored four times for Windham and Zack Callahan scored twice and assisted on a third goal.  Gorham’s Mike Susi scored seven goals to lead the Rams past Windham.  Alex York had four goals and three assists, and Tristan Brunet added three goals and one assist for Gorham. 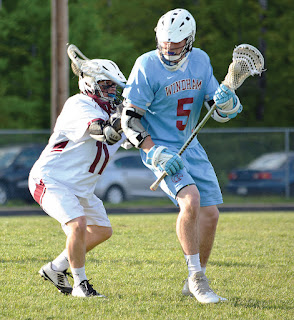 Posted by Michelle Libby at 5:41 PM