The Eagles offense dominated as Windham outscored the Gorham Rams 14-8. The bats were busy at Field 1 on Monday, May 18th, and when the dust cleared the Windham Lady Eagles had a win over Gorham in seven innings. 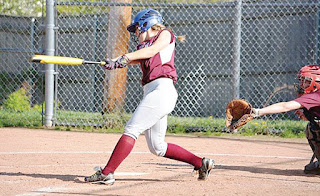 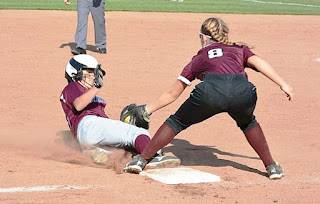 Mooradian racked up four RBIs on two hits for the Eagles. Tardiff recorded the win for Windham even though she allowed eight runs over seven innings. Danielle Tardiff struck out four, walked three and gave up 11 hits. 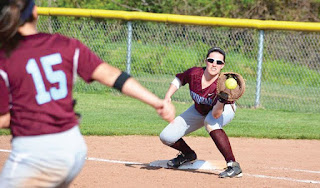 For the Rams, pitcher Julia Gaudette allowed 11 runs in three innings, walked one and struck out two. Pitcher, Grace McGouldrick stepped into finish the game for the Rams. The Eagles tacked on another four runs in the third. A clutch sacrifice fly scored Troiano to open the scoring. That was followed up by Mooradian's three-run blast, scoring Christina Mooradian and Alex Morang.

After pushing across five runs in the top of the third, Gorham faced an 8-7 deficit. An RBI single by Niles, a steal of home by Labreque, an RBI single by Gaudette, an RBI single by McGoldrick, and a sacrifice fly by Wilcox set off Gorham’s rally. But, Tardiff got DiBiase to ground out to end the inning. It didn't take long for the Eagles to respond as they scored two runs of their own in the sixth. The Eagles scored on a two-run double by Tardiff.

Posted by Michelle Libby at 5:04 PM