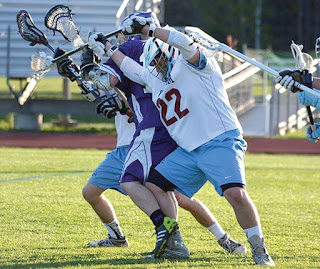 If you have never stopped by to watch a varsity boy’s lacrosse game and you are looking for some jam packed entertainment from a high school sporting event, then I recommend going to a boy’s lacrosse game. Lacrosse is a contact sport played between two teams using a small rubber ball and a long-handled stick. It is often considered as a rough contact sport, although injuries are less frequent than in football and other contact sports. Offensively, the objective of the game is to score by shooting the ball into an opponent's goal, using the lacrosse stick to catch, cradle and pass the ball. Defensively, the objective is to keep the opposing team from scoring and to gain the ball through the use of stick checking and body contact or positioning. 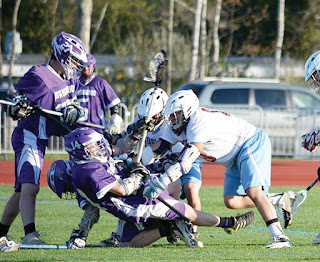 Last Wednesday, May 13th the Windham boys hosted Marshwood. Both teams had a lot at stake for this game. Marshwood was looking to get on a winning streak as they enter the middle of the season and Windham was looking to bounce back from their first loss of the year against Gardiner. Coach Pete Small stated, “I don’t think the boys were pleased with their all-around play against Gardiner and came out looking to get things back on track against Marshwood.” When Small was asked about the game, he stated, “this game was a little more aggressive than normal. I think that some of the personalities on the field clashed from both teams and led to a more physical game than usual.” 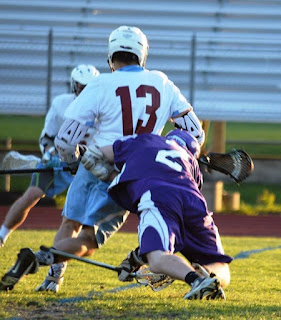 Small further stated that Windham has been fortunate to have strong development from a large number of players as the year has progressed. In this game in particular, Alec Emerson (defense, #20) and Bryce Rolfe (midfield, #8) led the team in ground balls. When you combine that with strong face off plays from Chris Lekousi (midfield, #26) Windham was able to gain possession of the ball, leading the team to be able to control the flow of the game. Griffin Jacobson (attack, #18) has done a great job directing the offense while Jake Segal (defense, #22) has been directing the defense.

Windham had its goals spread out over nine people in this game. Griffin Jacobson (#18) led the team with 7 goals and 3 assists. Zach Hough (#19) and Jake Wall (#12) had two goals each. 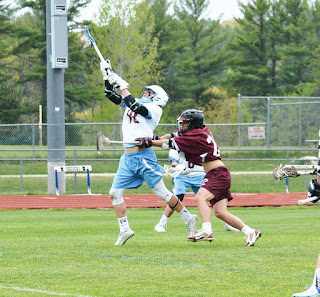 “We have worked hard at moving the ball on the offensive end, looking for assists,” said Small. Zack Callahan led the team in assets against Marshwood with five. While five other members of the team had assists also, leaving Windham with only three of the 17 goals to be unassisted. Goalies Jacob Dionne and Keegan Pock combined to account for nine saves for Windham. 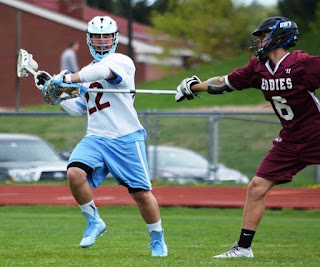 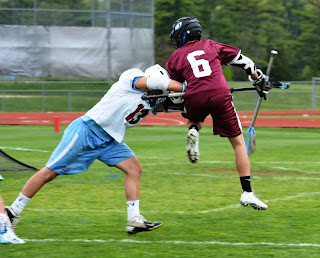 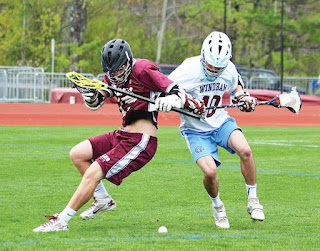 Posted by Michelle Libby at 5:01 PM