Cody Dube, a home grown local athlete, is making a name for himself. Dube a 2012 graduate of Windham High School and is currently an incoming senior at Keene State College; where he is majoring in occupational safety and health and minoring in environmental science. Dube can't help but add in the sport of baseball to his agenda, a sport he has been playing since he was 5 years old. 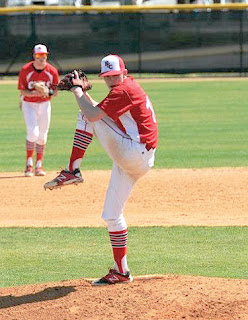 During Cody's high school years he made the High School All-State Team and won Conference Pitcher of the Year his senior year. Dube is currently a member of the Sanford Mainers (New England Collegiate Baseball League) located in Sanford, Maine. The team consists of five players from Maine and the rest from around the country. The team will play 42 games in a 7-week season in Maine, Massachusetts, Vermont, Rhode Island and Connecticut.

The right-handed pitcher is participating for his third consecutive season. The Windham native made his debut for the Mainers in 2013 as a starter. One of his victories came in a crucial must win playoff game against the Keene Swamp Bats. Dube threw two innings of shutout baseball in the first round of playoffs last year. 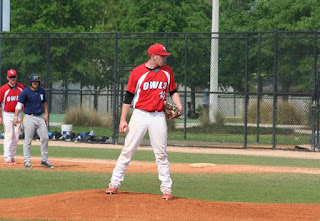 This past weekend the New England Collegiate Baseball League was to play in the All Star game; however, due to the weather the game was rained out and never played. There was enough of a break to hold the Home Run Derby and Dube was able to dig into the pitcher’s mound in the bullpen at Goodall Park in Sanford and show his stuff for 30 major league scouts that had gathered. “It was a bummer the game was rained out,” Dube said. “But we did what we could. This was my first all-star experience and I loved it.” 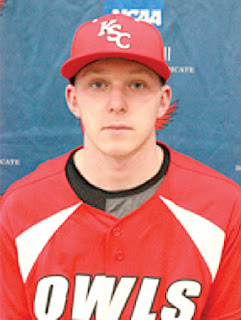 Dube who had been waiting at the ballpark since noon, was quite happy to have a chance to throw for the scouts, who crowded behind a screen with radar guns, pitching charts and notebooks. It was a great opportunity for Dube, who pitches for Division III Keene State. He has been nearly unhittable for the Mainers this summer, with a 1.45 ERA.

Posted by Michelle Libby at 1:12 PM