Ciera Berthiaume - Windham senior, forward: Scored 20 goals as a junior and has 48 in her career. She is a relentless force. “No other team in our league has that type of player,” said Thornton Academy coach Chris Kohl. 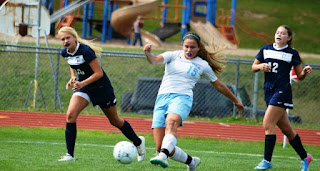 “I am really excited for the upcoming season. Even though we've lost a lot of talented players, we have some younger players with great potential,” said Berthiaume.  She believes they are ready for this upcoming season.


The girls’ soccer team has been working hard at practices, and really bonding as a team. The team does a lot of conditioning as well as working on foot skills. Berthiaume feels they are definitely ready for the challenge to compete and have fun this season. As a senior member the team, look for her to help guide the team to another state championship. 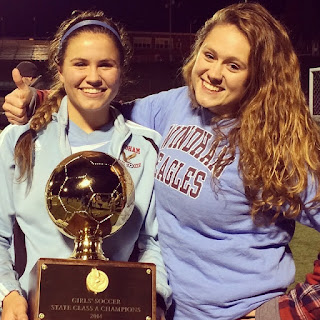 The teams that should give Windham a challenge this year will be Scarborough who Berthiaume said “will be a good competitor due to their many returning seniors.” Another competitive team will be Gorham who Ciera stated “will also be a serious competitor because of their strong defense, and of course, Thornton Academy because they have one of the best goalies in Maine. Though these teams may be our biggest challenges, we can't take any team lightly,” Berthiaume said.

When asked what the team needs to be prepared to take on other schools, Berthiaume said, “We have to stay focused and work together. We have talented players and as long as we continue to communicate and work together anything is possible.” Playing by her way of thinking has gotten her results every game. “You just need to want it that bad and to give it your all and you can get it done.” 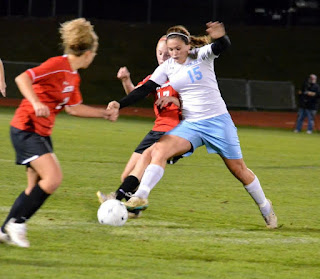 Berthiaume has played soccer since pee wee division. She has participated and played on travel teams for about four years. Completing seven years of premier soccer. Berthiaume has played on Windham’s varsity team for the last three years and will be playing her senior year as a varsity member doing what she loves to do. She has played several positions such as striker, right wing, left wing, center mid, stopper and sweeper. During these years she has received numerous awards, such as, freshman year - SMAA All-Conference first-team, voted most offensive player by coaches.

Posted by Michelle Libby at 5:27 PM