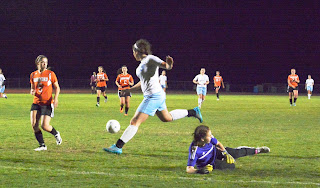 Ciera Berthiume scored the first goal in the first half of the game, continuing to be a driving force against the Tigers throughout the game.

Caitlyn Winn produced the second goal of the game for the Eagles in the second half giving the Eagles a slight cushion to the score board.

The Biddeford Tigers kept the momentum of the game at an even level as they tried to pressure the Eagles defensive line. Though the Tigers were able to take a few shots on goal and drove the ball down field they were unable to score. 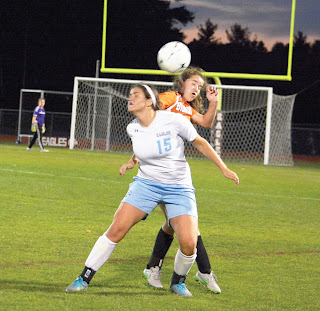 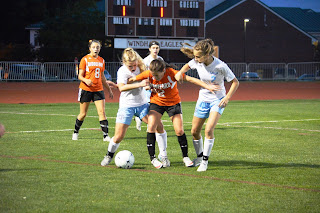 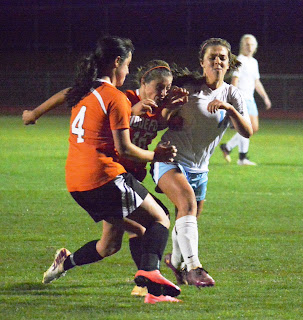 Posted by Michelle Libby at 8:51 PM