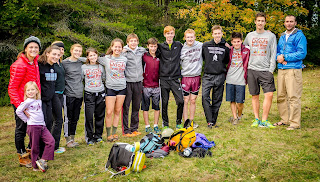 Thirteen members of Windham High School’s varsity cross country team challenged themselves this past Saturday over an arduous course in Vermont amongst 1,418 other runners. Thetford Academy’s 25th Annual 5K Woods Trail Run hosted teams from all over New England on a beautiful, sunny fall day.

Thirteen athletes, six girls and seven boys, from Windham piled anxiously and excitedly into five cars Friday with a group of equally anxious parents and coach for the long drive to Vermont.

Race day was exciting as pairs and trios of Windham High School’s best runners lined up toe to toe with seeded groupings of hundreds of colorfully dressed athletes. With the firing of the gun, a stampede of racers dashed off over a knoll and into the woods. This spectator-friendly course allowed observers to monitor racer progress at several points and various distances despite the cover of forest. 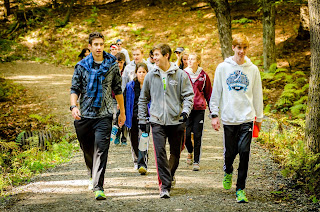 Windham’s runners had a great experience and gained a sense for this course which will be the site for this year’s New England Regional championship. Knowledge of this course will be crucial as they forge ahead for upcoming meets with that in sight for November.

Several members of the varsity team were unable to join the team for the race as it was a date for taking SATs, but they did drive up after the test on Saturday to join the rest of the team for an evening of fun and team building. The junior varsity team competed in Belfast on this same day. It wasn’t the same not having all members of the entire team there at the race to team agreed. 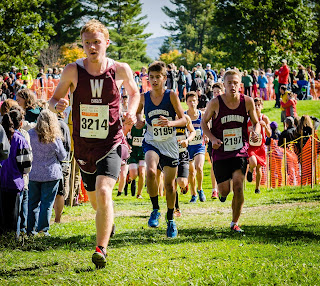 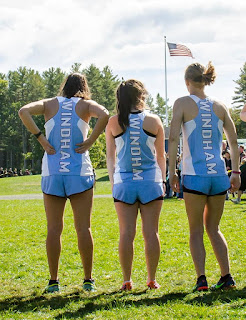 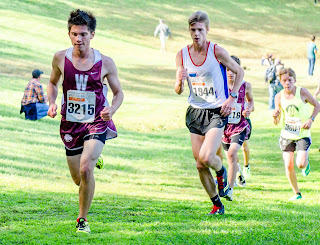 Posted by Michelle Libby at 8:40 PM