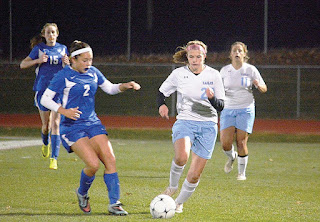 Windham hosted Kennebunk in the Class A South girls soccer quarterfinal game on Tuesday evening.
Kennebunk put the pressure on right out of the gate, pounding the ball downfield while intercepting the Lady Eagles’ passes in an attempt to push back. Windham goalie senior Sadie Nelson worked hard in protecting her net against Kennebunk. It wasn't until late in the first half that the ball slipped by Nelson to give Kennebunk first blood. Kennebunk shot out of the gate and scored a quick second goal that was a shock to everyone. It appeared that the ball got lost in the mix of kicks and slipped by into the goal. At half time the score was 2-0 in favor of Kennebunk. 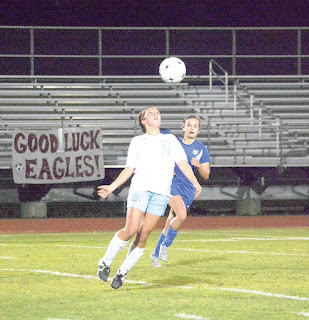 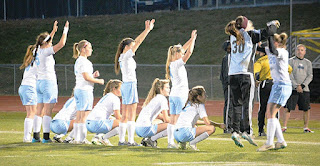 The Lady Eagles came back after half time with a vengeance and stepped up their game. The Eagles didn't want this to be their last game of 2015. Windham senior Ciera Berthiaume had three breakaway shots on Kennebunk goalie Schwartzman without success. Schwartzman stepped out of goalie to challenge Berthiaume and was able to derail her attempts. Junior Lyndsey Arsenault had several nice runs up the sideline with the ball only to have the pass off to a teammate be intercepted by Kennebunk. Kennebunk players seemed to be all over the field and in just the right spots to stop any and all attempts from the Eagles.

All the effort put forth in the second half wasn't enough for the Lady Eagles to turn around what Kennebunk was able to do in the first half of the game. The score remained 2-0 and the Lady Eagles ended their 2015 season.

Congratulations to the lady eagles for an outstanding 2015 season. 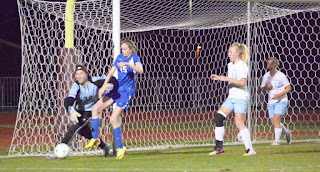 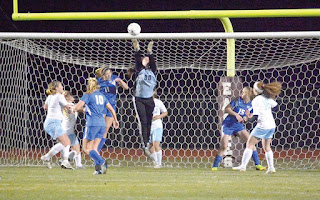