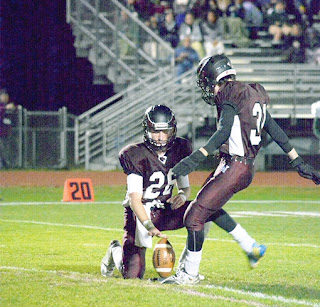 It was a chilly Friday night under the lights as the Windham Eagles hosted Oxford Hills in varsity football.  A number of Oxford Hill fans ventured out to watch their team as they faced off against the Eagles.

With several injuries on the Eagles sidelines the team stepped up and continued to play a hard game of football.  Griffin Jacobson scored three touchdowns for the Eagles followed up by a touchdown by Blake Houser, two more from quarterback Desmond Leslie and another from Kyle Kilfoil, then add on extra points made successful by kicker Inniss to give the Eagles a win of 47-13.

Windham will host Cheverus this Friday night in their last regular season game.  This night will also be senior night for the team. 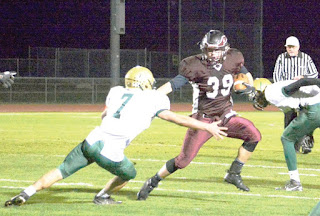 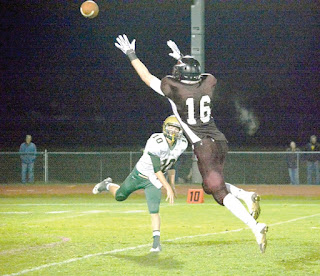