Windham High volleyball heads to playoffs as No. 6 seed - By Jim Beers


In closing out the regular season with seven straight wins, the Windham High School girls volleyball program is storming into the playoffs as the No. 6 seed. Finishing the year with an 11-3 record, Coach Chris Cloutier has his team poised to make a deep run in the postseason. Playoffs begin this Thursday, October 22nd, with Windham hosting Gorham at Windham High School at 6 p.m. 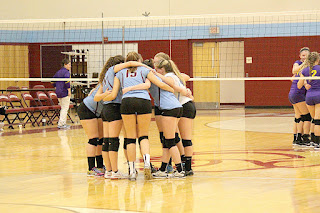 "This promises to be a high energy and exciting match. This matchup has become a rivalry. Gorham defeated Windham last year in the regular season and again in the first round of playoffs. Windham defeated Gorham for the first time in program history in a close five set match earlier this season. Both teams will be hungry and looking to advance in the playoffs. We would love to fill the stands with fans of the sport," said Cloutier. Key wins this year include two against Bonny Eagle, and the Gorham match.
Windham has relied on many key players for this year's success. 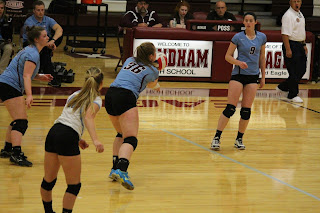 Melanie Aldrich – "This is Melanie’s fourth season with the team. As a senior and captain for the Eagles she is driven to succeed this year. A setter’s role on the team is to quarterback the offense and rally the team when needed. Melanie does this very well. She makes smart choices and has a very aggressive mentality while playing. With 235 assists this season Melanie was third on the assists leader board. As our most consistent server at a 96 percent service rate, Melanie tallied up 43 aces over the season which landed her seventh in class A on the service ace leader board," said Cloutier. 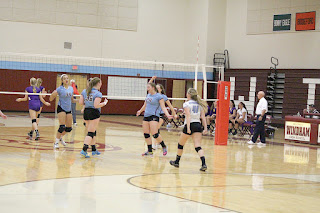 Maelah Nadeau – "Maelah has earned the respect and support of her teammates through her charismatic energy that she brings during games, practices and off the court. This earned her a captain role, now in her senior year. Although her stat lines may not get her on any leader boards you would not know it if you watched her play. She is involved in every play and is consistent in the way she approaches the game. That energy is missed when not on the floor. Maelah is ready to do anything needed and play any role for the team," added Cloutier.

Nataley Jeffrey – "Nataley is a senior and captain. Playing in the thankless position of middle hitter, she leads the team with 27 blocks and ranks fifth overall in class A on the blocks leader board. Although she may be softer spoken then the other two captains, she is always there to support her teammates and feels very strongly in maintaining team unity," said Cloutier. 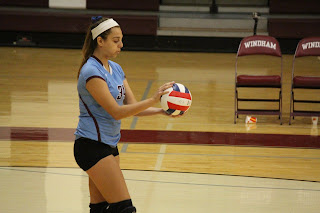 Miranda Potvin – "Senior year has been a breakout year for Miranda. She leads the team in kills with 78 and is ninth overall on the digs leader board with 109. Miranda gives 110 percent. She is the first one in the gym and normally the last to leave," Cloutier said.

Lily Macpherson – "As a senior that was a late comer to volleyball and only in her second year in the sport, Lily is the starting Libero. She leads the team in digs with 136, which also lands her seventh overall on the digs leader board," said Cloutier.

Jamie Jannarone – "As a junior Jamie is a solid all-around player. Jamie leads all of class A with 80 aces and maintains a high service percentage at 87," added Cloutier. 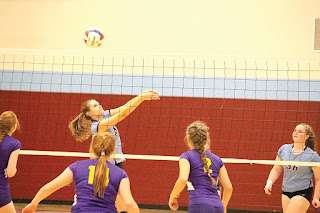 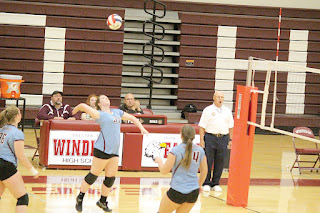 "As my second year as these players coach, it is exciting to see them progress, and they have really come together as a team. This has certainly been the strongest season in program history and I am anxious to see how deep into the playoffs these young ladies can push,” said coach Cloutier.

Winner of the match this Thursday will move on to face Falmouth on Saturday, 1 p.m. at Falmouth. 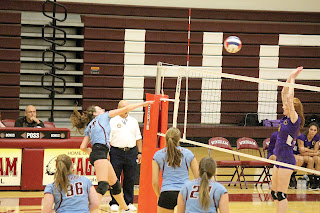