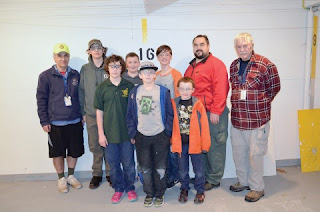 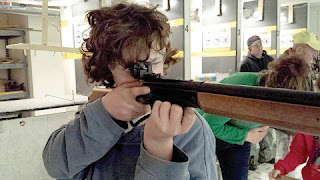 Next up Scarborough Fish and Game will compete against Buffalo 4-H from Kearney, NE. Buffalo 4-H currently has a 0 - 4 record.

This match comes from week five of the Orion National BB Gun League. Sponsored by the Orion Scoring System, is a national team league for 4-H and junior rifle clubs. In an 8-week regular season, teams from across the country compete in a round robin win-loss league format. At the end of the season the top four teams will compete for the league championship in a single-elimination tournament. For more information visit http://www.orionscoringsystem.com/BBGunLeague.
Posted by Michelle Libby at 1:05 PM