Athlete of the Week: Alex Wilkins


Alex Wilkins, a junior at Windham High School is Aroma Joe’s Athlete of the Week. The 16-year-old believes kids should play sports because it establishes a sense of cooperation and it teaches kids to set goals. 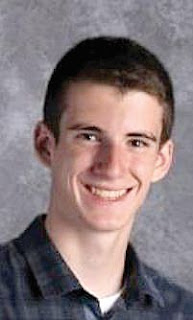 “Alex is the 2017 Class A State Champ in the Triple Jump,” stated coach Paula Pock. “[Receiving athlete of the week] is a well-deserved honor for a fine young man.”

Wilkins, who enjoys fishing and skiing, stated that he has learned to work as a team and to support others as a result of his participation in track and soccer.

He names his parents as the most influential people in his sports career. “They have driven me to always do my best,” Wilkins said.

He plans to go to college and get a degree in medicine.

Wilkins lives at home with his mom (Susan), dad (Rick) and his two dogs.
Posted by The Windham Eagle at 2:00 AM