Wakeboarding is a growing sport 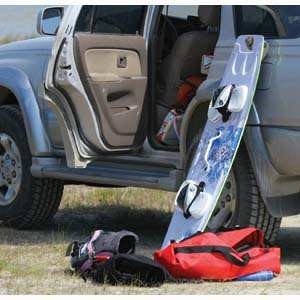 Water enthusiasts take to rivers, lakes and oceans for scores of different marine activities. The popularity of water sports has exploded, including a growing interest in wakeboarding.

Wakeboarding is an activity where a person is pulled behind a motorboat at about 20 to 24 miles per hour. Instead of water skiing, the boarder uses a single board that resembles a snowboard, though wakeboards are shorter than snowboards and slightly wider. The feet are bound to the board with either straps or a boot-like device so that the board will not fly off of the feet while doing tricks.

Statistics indicate that there are more than 3.1 million wakeboarders across the globe. Roughly 75 percent of wakeboarders are males ages 13 to 24. Wakeboarding has become the fastest-growing water sport.

Wakeboarding has become so popular that it may someday qualify for inclusion in the Olympics. While currently part of the X-Games & Gravity Games, the International Olympic Committee announced cable wakeboarding as one of eight new sports being considered for the 2020 Summer Olympic Games.

Wakeboarding is an adventurous water activity that seems to be here to stay. Now may be the time to try your hand at wakeboarding and see if this water sport can become one of your new favorite summer activities.
Posted by The Windham Eagle at 6:10 AM No comments: