Windham leaves it all on the court against GNG

Windham began by getting several turnovers, stealing possession from GNG. Cameron Malone, #44, put Windham on the board after he made his first basket. Kayla Fillinger, #23, kept it going as she made the next basket. Windham took an early lead. Natalle Medina. #14, grabbed several rebounds and sunk a basket too. Brianna Webber, #5, also sunk a basket. Austin Rice, #3, had a great steal and moments later sunk a shot from very close to the three-point line. Nate Hall, #50, went in for the layup and added another two points to the scoreboard. The game was close. Dani Iaconeta, #2, made a fantastic basket, not once, but three times in the first half. Ben Silva, #34, added another two points to Windham’s score. Hall sunk a three pointer. Seven points separated the two teams. Before the end of the first half, it was slightly narrower.

There was nice passing by Windham at the start of the second half. Rice made a basket, after he faked a pass and fooled his opponent. GNG was not far behind. The game was then tied at 36. AJ Mains, #42, made a sweet shot. Windham had strong offense and defense. Silva had several rebounds and took possession from GNG. After a solid effort by Windham, GNG got the win, 63-44.

“Going into the game we were really pumped up, the kids have been practicing really hard on their shooting and especially their defense,” said coach Brittany Taylor. “They were positive, optimistic and by the end they did a really solid job, they were very consistent. GNG is a tough team; I feel like this was a good matchup...and [Windham’s] effort was...consistent from beginning to end."
Posted by The Windham Eagle at 1:25 PM No comments:

The battle of the Trail Blazers v. Knighthawks

Windham/Westbrook/Bonny Eagle (Trail Blazers) played Marshwood/Noble/Sanford/Traip (Knighthawks) in a Class A playoff game on Friday, February 21st at the University of Southern Maine in Gorham. 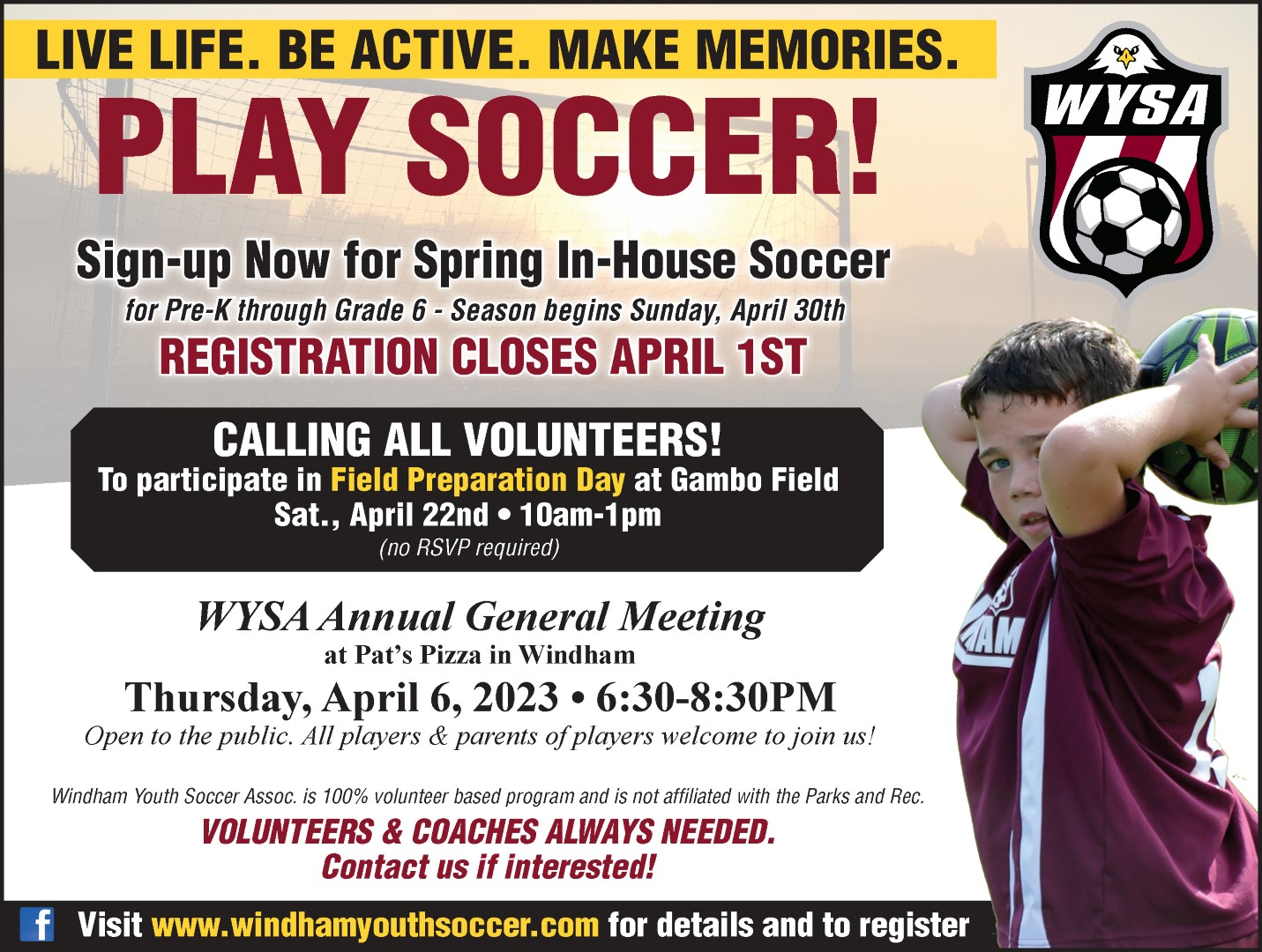 The Trail Blazers were aggressive from the start, as they went hard after the puck; and worked to be first to the puck. Austin White, #34, headed straight to the goal, with no one but the goalie to stop him. White got close but didn’t get the puck between the posts. On more than one occasion, the Trail Blazers took several shots very close to the goal, as they worked to get the puck in.

The Trail Blazers kept up the intensity in the second period. They continued to take shots on goal and skated hard as they got close to the goal, and tried to get the puck in. The Trail Blazers had strong defense and kept the Knighthawks from scoring for two periods.

Roughly 15 seconds into the third period, the Knighthawks scored. The Trail Blazers didn’t slow down as they worked to reverse the score. They continued to take multiple shots on the Knighthawks’ goal, and got the puck in the ‘goal crease,’ the blue area in front of the goal, but, unfortunately, not between the posts. After a solid effort, the Trail Blazers weren’t able to turn it around. 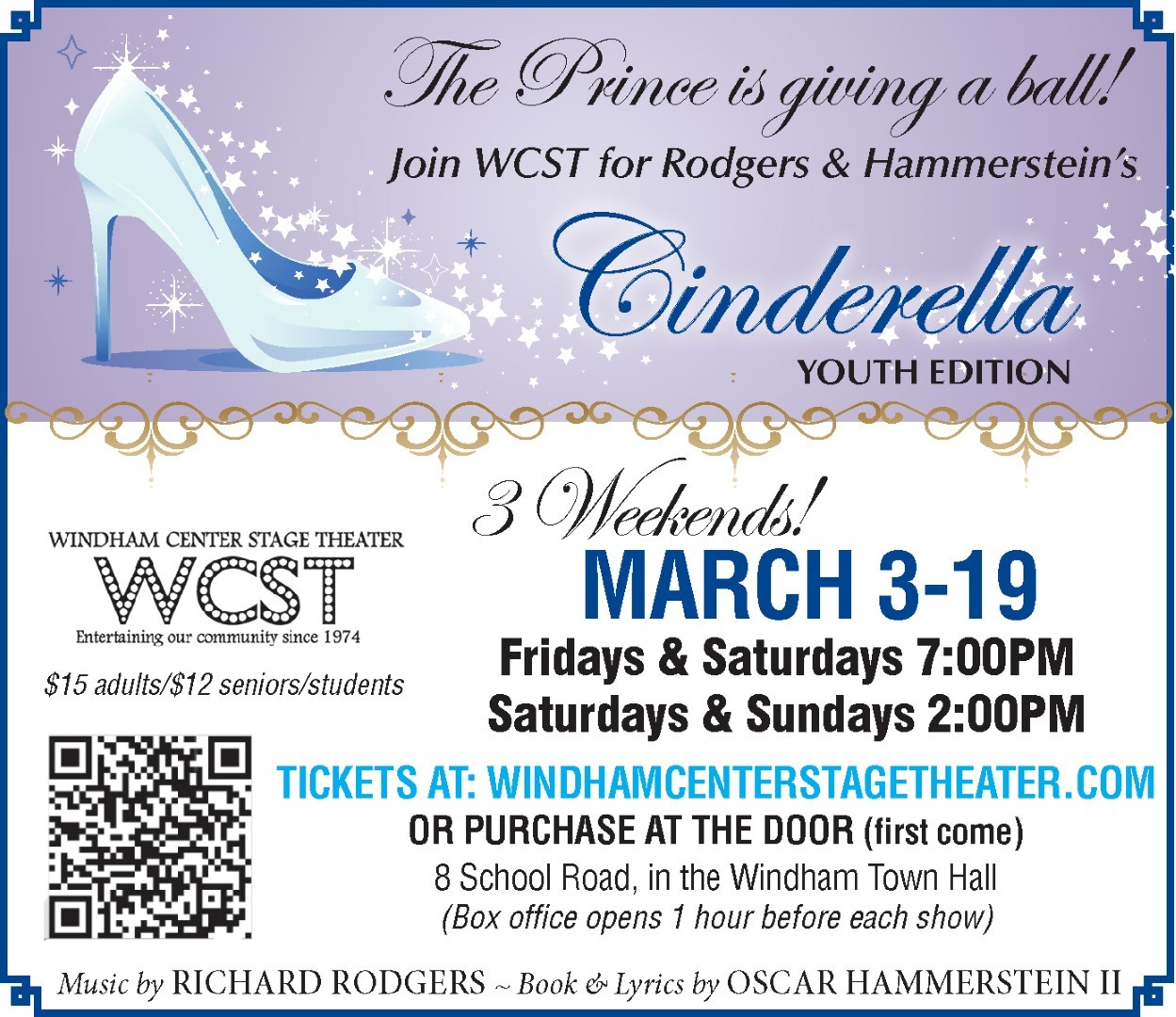 “Going into the game I thought we had a chance to have some success,” stated coach Greg Leclair. “Tonight, I think we outplayed them, for three periods and unfortunately, they got the one bounce it takes to win the game. I think our kids played tremendously well and just came up short.”

Posted by The Windham Eagle at 12:51 PM No comments:

The wrestling team had five qualifiers for the Class A State Tournament, held at Sanford High School on Saturday, February 15th. Qualifiers from all over central and southern Maine competed in this meet. The qualifying participants from Windham/Gray New Gloucester are: Gabe Rosado, Scott Ingalls, Owen McDuffie, Andrew Martin and Garrett Allen.

Rosado wrestled Marshwood in the 126-weight class. He threw Marshwood off balance, as he worked hard to get his opponent’s back flat on the mat. After a solid effort by Rosado, Marshwood won.

Scott Ingalls went up against Massabesic in the 138-weight class. He fought and tried hard, but Massebesic got the win.

In the 160-weight class, Andrew Martin took on Sanford. Martin was quick to get his opponent right to the mat. Martin pressured, as he kept Sanford’s shoulders to the mat and pinned Sanford for the win.

Owen McDuffie wrestled in the 152-weight class against top seeded Noble. McDuffie fought hard from the very beginning. He pressured, as he got Noble’s shoulders almost to the mat, he kept Noble down. Although McDuffie did not pin his opponent, he won the match 13-8.

“It felt really good, because I lost to that guy earlier in the year,” said McDuffie. “I was thinking I had to shoot low; I couldn’t really work upper body with that guy. He’s also really good upper body, so I didn’t want to play to his strength, I wanted to play to my strength, which is...getting to his ankle and getting to his leg.”

Garrett Allen wrestled Massabesic in the 220-weight class and did well as he fought from being pinned. Allen maneuvered away from his opponent a couple times before Massabesic got the pin.
“Overall I thought everyone battled hard,” observed coach John Nicholas. “We won a couple that I wasn’t sure [about] and then lost a couple close ones. As a team we’re close. It’s all part of the learning experience. McDuffie and Martin still have a chance to get into the New England Qualifier, so we’ll hopefully keep the season going and if not, we’ll get back to work and keep plugging away.”

Posted by The Windham Eagle at 1:34 PM No comments:

These Eagles left it all in the pool as they put every ounce of energy they had into their events.

Chloe Desmond finished tenth in the 200-yard individual medley with a time of 2:44.12.

Windham finished seventh with a score of 93 – 20 points above where they were seeded to finish.

Windham finished second with a score of 169. And every single kid on the boys’ team had a hand in scoring at least one point toward that total.

“Our team chemistry has been some of the best team chemistry top to bottom that we’ve ever had. You saw that with the girls...and the way they came together and exceeded their expectations,” observed coach Pete Small. “The guys really took momentum from the girls. They were really focused. These kids worked so hard... I couldn’t be more proud of what they did.”

Posted by The Windham Eagle at 2:26 PM No comments:

The Eagles gave it everything they had and proved they were ready for the state meet as Windham finished in the top ten in many events.

Niall Gushe finished tenth in the 400-meter dash senior division with a time of 56.22 seconds.

“Overall, our performances were right where we expected them to be,” observed coach Paula Pock. “Our junior division had strong performances. We are hoping everyone is healthy and finishes their season with their personal best.”

Girls
Hannah Langstaff finished first in the 600-yard dash open division and broke her school record with a time of 1:29.58. Langstaff also won the ‘Most Improved Senior Division’ award which she said gave her confidence for her races to come.

Katelyn Smith won the ‘Outstanding Field Event Senior Girls’ award which she said was nice to be recognized for all her hard work. Smith also finished first in the triple jump with a distance of 34 feet and 5.50 inches.

Sierra Guite finished fourth in the high jump senior division with a distance of four feet eight inches.
Windham finished seventh overall with a score of 46.50.

“I think we’ve done well,” stated coach Denise Curry. “Hannah Langstaff won the 600 and broke her school record by two seconds. We had two good awards. Katelyn [Smith] won second in the long jump. Our goal was to beat seventh, and I think we’re coming in right around seventh.”

Posted by The Windham Eagle at 2:07 PM No comments: