Tales from the outdoors: More black bears than you could want (continued)

When we left this story last my hunting partner and I were being charged by a black bear, fired at it and watched it disappear over a steep ledge.…About that time we heard the cubs… yes she was a mother bear trying to protect her cubs. We were hiking up to locate them when here came mama bear again. Unseen or heard by us she had circled back up above us where her cubs were. In all that spotting and watching we had not seen nor heard the cubs. This time she angled off of us by about 10 degrees and about 10 feet away. We each fired again, and she disappeared over the edge. We later found her piled up against a group of alders. 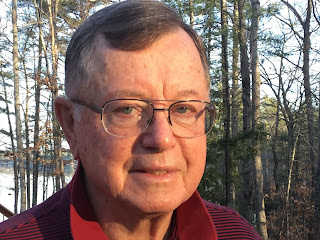 We hiked up and found the three cubs, all up a lone pine tree beginning to topple over the steep terrain. We knew that this meant we had to try our best to save the cubs, bring them to the Anchorage Children’s Zoo, and give up Mom’s hide as hunters cannot profit in a situation like this. Burt shinnied up the tree and grabbed the first cub by the scruff of the neck. He said, “Chapo, catch this” and he dropped the cub down hitting me in the chest. In a second, it was biting and clawing its way up to my head before I could get a grip on it. Let me tell you those little buggers have sharp claws and teeth. I grabbed it off my head a threw it to the ground where I pinned it then put it into a backpack we had. I said, “Burt, next time just drop it on to the ground and I will get it from there.” And that is what he did. So we had two of three cubs in hand but the third one proved problematic. The more Burt climbed up that pine the further up the cub climbed and by now the tree was bending way too far over the hill. If Burt had fallen, he would have bounced off the hillside and there was no telling how far down the hill he would roll. We decided to go take care of mama first and maybe the third cub would come down so that is what we did.

Once we had the mother’s hide lashed to a packboard we climbed back up to where the cub was, but he had not moved. It was now getting dark and we started down the mountain. By the time we got to the shore the tide had come in and the only way back to camp was through a grove of dead pines with branches all the way to the ground just waiting to poke an eye out in the dark. We wisely decided to spend the night on the beach and built a small fire for warmth. The cubs were quite content in the backpack and seemed to enjoy the granola bars we shared with them. Sleep was fitful on the shore, but we did get some. First light, which comes real early in Alaska that time of year, we started across the bay floor now exposed by low tide. We repeated the drill getting across the stream and once we got some warmth back into our feet we hiked back to the tent where our wives were sleeping.

For whatever reason we thought it would be funny to pitch the two cubs into the tent on the sleeping girls which we did. We immediately saw the folly of this when we remembered that we had left two revolvers with them “for protection” and what if they started blazing away with us a tent fabric away. So we had a big reunion and the cubs became the center of our life. We kept them in an old wooden barrel that had washed up on the shore and fed them instant oatmeal which they must have enjoyed because they ate it all. Burt and Margie stayed in camp and Sue and I continued to hunt.

I was back searching the hillsides trying to make the best of the few hours we had left before pick-up when Sue said what about that one? While I was busy looking at the hillsides a bear came out at the base of the peninsula we were on, about 300 yards away. I quickly stalked within 100 yards and using an old sawed-off stump as a rest dropped the bear with one shot. We admired the bear then set about skinning it with an eye towards a bear rug. Back in Anchorage my hide went to the taxidermy, the cubs went to the zoo, and Burt went to the game department to S’plain himself. <