Windham fans young and not so young came out on Saturday afternoon to not only enjoy a beautiful fall day, but to cheer on their Windham Lady Eagles as they took on the Scarborough Red Storms in the class A semifinals for girls soccer. 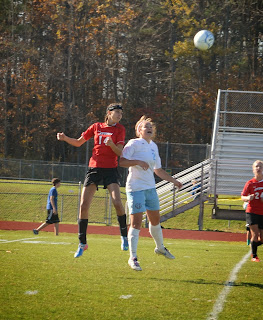 The two teams have always ended games in a tie after double overtime situations. Finally, on Saturday, they got to play in a game that would result in only one winner. The Lady Eagles against the Red Storms was bound to be an exciting game and they didn’t disappoint the crowd.

Both teams were aggressive and played with their hearts in the first half of the game with neither team scoring. A Scarborough player threw herself over the back of Cassie Symonds while challenging for the ball which resulted in both girls getting hurt. While Cassie was able to come back into the game the Scarborough player was not, resulting in a loss of a key player for the Red Storms.

Windham outshot Scarborough on goal throughout the game as both teams continued to carry the ball down field in efforts to end the game for their own team in the regulation 80 minutes of play. As time ran out on the clock, the coaches started prepping for overtime and the possibility of the game coming down to penalty kicks. While Senior Goalie Kate Kneeland held off anything getting passed her in the two 15-minute overtimes, Lizzy Mycock warmed up on the sidelines. 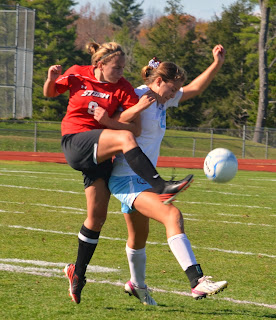 It was decided that with Lizzy’s extra length and her proven quick reflexes in penalty kick situations that she would step in and help her teammates send the Red Storms packing. Jenna Soucy, Emily Gilman, Jordan Sargent, Cassie Symonds and Lauren Shoemaker stepped up for the Lady Eagles to shoot the penalty kicks once the 30 minutes in overtime proved once again both teams were matched well in skill, drive and the heart for the win.

The win came down to senior Lauren Shoemaker’s penalty kick, if made it would win the game and if missed could allow the Red Storms to tie. Shoemaker took her time positioning the ball and focused on what she needed to do and where she needed to place the ball in the net. The Eagle fans were lined up at the fence and in the stands as a hush fell over the crowd. Everyone watched Shoemakers kick hit its mark and you could feel the excitement all around the stadium. The Lady Eagles were headed to the finals! 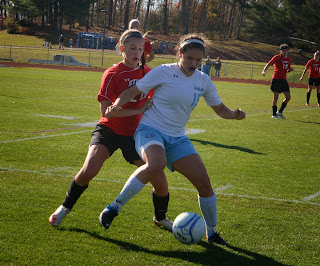 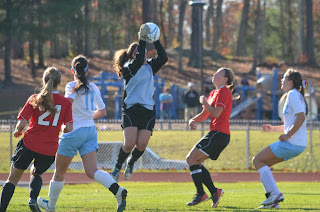 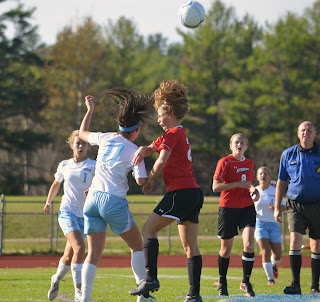 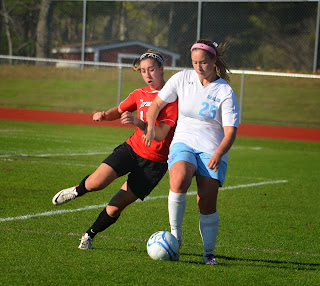 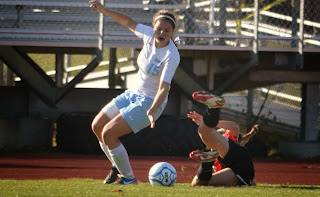 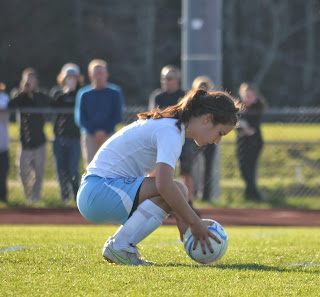 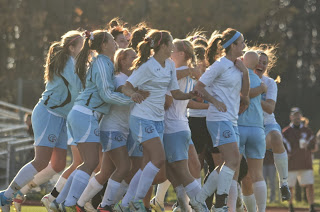 Posted by Michelle Libby at 8:03 PM