WINDHAM-After opening the season on the road against Sanford and winning 1-0, Windham faced neighboring Westbrook and didn’t fare as well on their home opener. Windham lost 2-1 in a back and forth, in a game lacking consistent ball control.

In the opening minutes, Windham came out pressuring Westbrook. “We were trying to set the tone, trying to get some confidence” said head coach Wally LeBlanc. “We have four games in the next six days. It is going to be a test of character for these kids. I don’t mind the test. It will be good to see how they react.”

With a 0-0 score to start the second half, Westbrook found the first goal. Kaleb Kent sent a ball in at 29:53 of the half. Windham didn’t seem rattled and worked the ball in. Approximately seven minutes later, Spencer Hodge took a pass from Brendan Arsenault and drilled a 30-yard shot that found the far post. With the game tied, it was now a 20 minute test.

It was a test that Westbrook’s Owen Gillis successfully passed when he booted a shot in with 4:29 left in the game. LeBlanc succinctly summed up the game: “We didn’t control the scrums in front of the net too well. We are a young team. We had some panic moments there and we need to focus on clearance of the ball.”

Windham faced Cheverus on Wednesday, Thornton on Thursday and will meet Deering on Saturday. 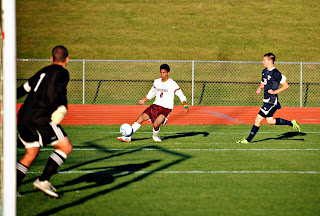 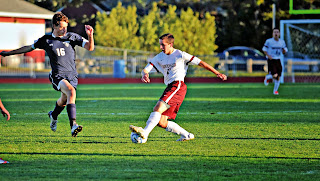 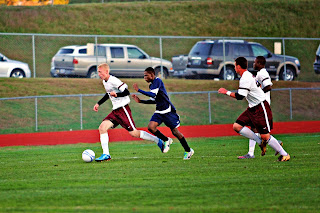 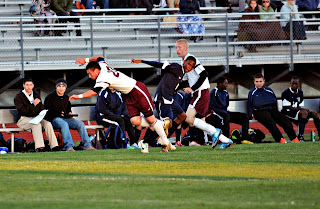 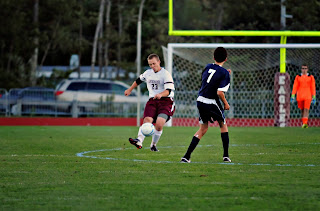 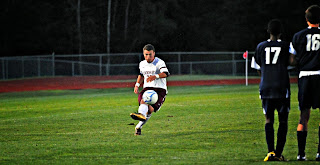 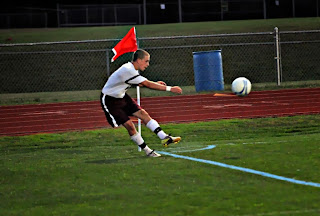 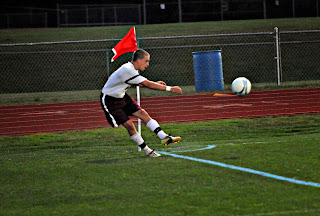 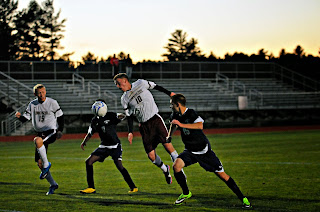 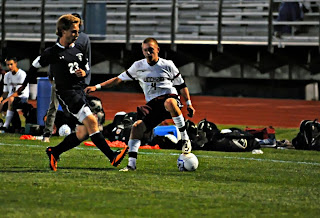 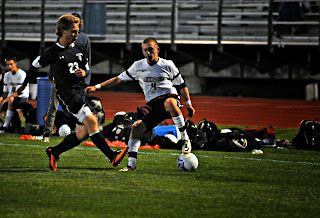 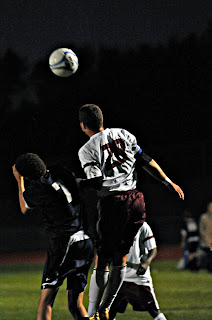 Posted by Michelle Libby at 7:07 PM