The Windham Middle School Varsity Football team has gotten off to a great start this season. The team is comprised of a great group of boys who have played together for the most of their school years. Coach Tony Leslie along with coach Richard Johnson have conditioned the boys to play with heart, teamwork and sportsmanship to strive in the hopes to win the gold ball this 2013 season.

The first game was home where Windham hosted the Biddeford Tigers. The boys came onto the field ready to play and ended with a win of 32-14. Both the defensive and offensive lines worked hard to hold the team together and not allow the Tigers to score in the first half. Though Windham gave up two touchdowns, Hunter Coffin and Nazari Henderson were able to run in touchdowns of our own with the support of the front line and quarterback Tanner Bernier to win the game.

The second game was hosted by the Thornton Academy Trojans. The weather wasn’t cooperative and the boys struggled a little during this game, but took home the win in overtime with a score of 12-6. The ball was slippery and the field was wet but Hunter Coffin and Tanner Bernier were able to make it to the end zone with the collaborative efforts of the whole team at their backs.

The third game was home where Windham hosted the Massabesic Mustangs. The Windham boys came ready to play after struggling in game two, and walked away with a huge win 40-14. The defensive line lead by Tanner Grover, Drew Potter, Justin Labrecque, Anthony Kilgallon, Logan Emerson and Conner McInnis were strong during this game and it showed while allowing their teammates Nazari Henderson, Nathan Watson, Tanner Bernier, Carter Jackson and Hunter Coffin the ability to score.

The attitude and teamwork of these boys shows in their everyday relationships on and off the field.

The Windham Eagles next middle school football game is Saturday at 1 p.m. against South Portland at Wainwright Field. 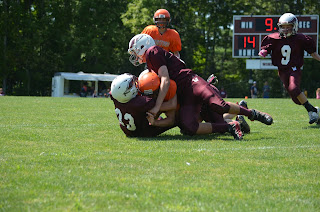 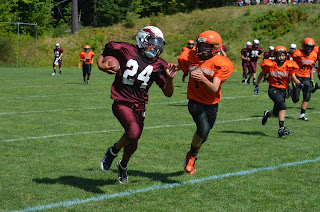 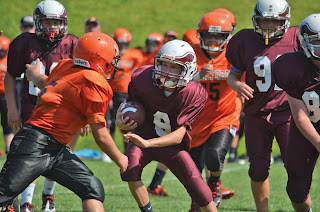 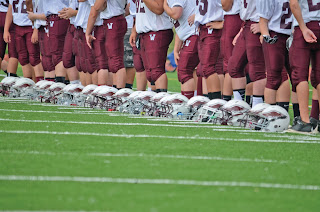 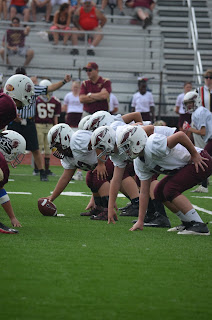 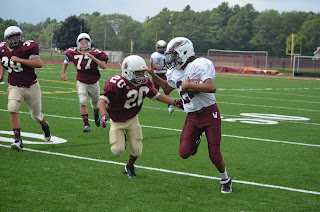 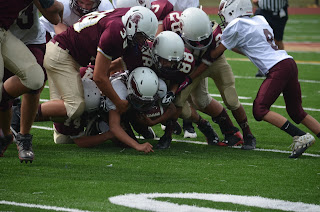 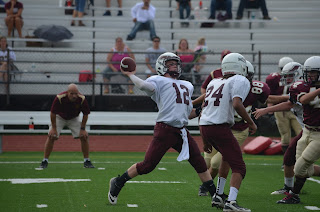 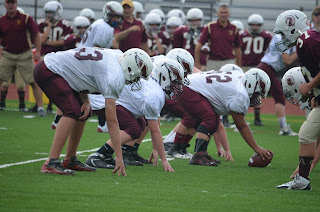 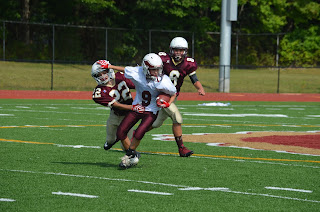 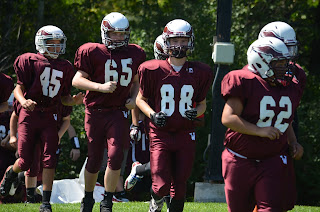 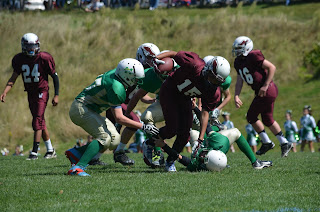 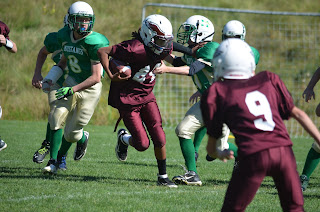 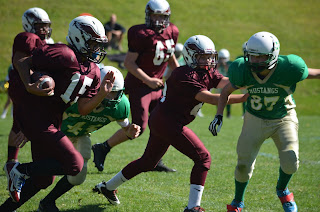 Posted by Michelle Libby at 9:24 AM