Saturday’s game against South Portland was off to a slow start with the amount of rain the night before; however, the game went on and Windham walked away with the victory. Only two referees were able to show for the game and therefore both teams were unable to kick off and/or punt the ball. This was a hindrance for the Windham team and a disappointment for the boys who thrive on the kick-off down the field and which can ultimately be a game changer for either team.

Windham scored the first touchdown of the game. Quarterback Tanner Bernier threw a pass to Logan Emerson who was in the end zone ready and waiting. This set the mood for the team and gave the boys the extra game face they needed.

The defensive team was again a key factor for Windham and they worked hard to stop South Portland from scoring again. Hunter Coffin had a key interception in the first half of the game which gave his teammates extra incentive to hold strong.

South Portland rallied and came back with a touchdown and tied the game 6-6. In the second half of the game, Hunter Coffin scored the second touchdown for Windham along with the 2-point conversion bringing the score to 14-6.

The overall result being Windham remains undefeated and looks forward to this weekend’s game Sunday at 1:00 p.m. at the bowl field in Windham against Scarborough. 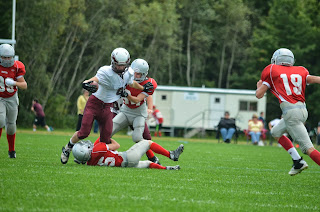 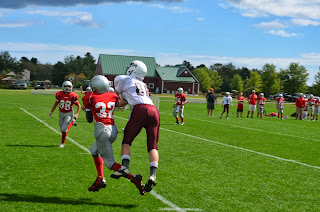 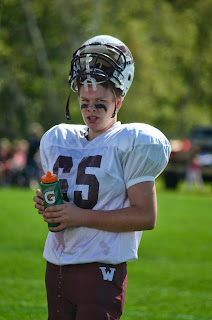 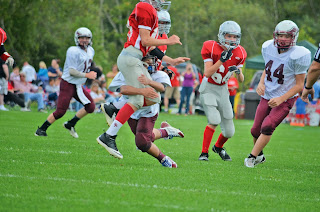 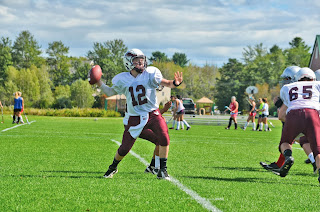 Posted by Michelle Libby at 7:24 PM