The fourth annual UCAN 5K, named for and held in honor of Candace Woolston who died of colon cancer in 2012, will be held this Saturday, June 25th.
Proceeds of the race will be used for continued improvements in the Sheri Gagnon Memorial Park on Mill Street, which is also the location of the race. The race has already benefitted the park with the recent completion of a new basketball court. This year’s proceeds will be used to pay the remainder of the $19,000 project, as well as going towards a new playground structure for younger children, to replace the hazardous castle structure that was recently removed, said Brenda Caouette, one of the race organizers.

“We were trying to think of new things for the community,” she said. The Sheri Gagnon Park was near and dear to Woolston, who spent a lot of time weeding and cleaning up areas of the park, Caouette said.
Some of the proceeds from previous years have also been donated to the Windham Primary School playground project, as well as to the family the first year after Woolston’s passing. 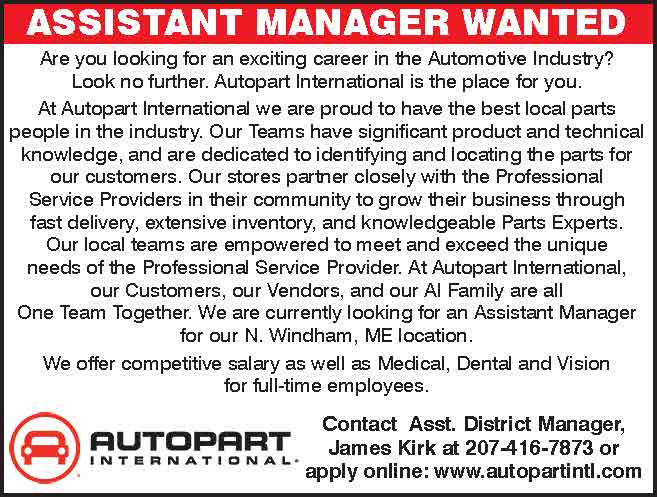 The first year of the race was a blowout, Caouette said, with 450 runners. That was the summer immediately following Woolston’s death, and everybody in the area had known her well. Since then, registration has been around 250 runners each year. “We’d like to keep it going as long as the community can support it,” Caouette said. A week prior to the race, 100 people had preregistered, but Caouette said there are often many race day registrants, so they anticipate many more.

Finding a date that doesn’t conflict with other events can be tricky, especially at this time of year. The race date for the following year is chosen almost immediately after the race each year. This year, Caouette discovered seven months out that her original date was the same as Windham High School graduation weekend, so she changed it to the 25th. “It’s a bummer that it’s on the same day as Summerfest this year, but I really didn’t have a choice,” she said.

The event this year will include live entertainment, a dunk tank and bounce house, along with prizes for several age categories and a raffle. New this year is team registrations and a marked one-mile fun run.
Woolston was a really good friend, and valued member of the community, Caouette said. “She just silently did things, and never asked appreciation for anything.” She said that one of the best parts of the race for her is knowing what it means to Woolston’s sons.

Each year, the first day the signs are up, their father sends Caouette a picture of the boys standing beside the signs. “It really means a lot to them to have their mother honored like this,” she said. 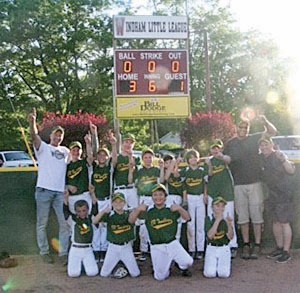 CR Tandberg was named the the 2016 Windham LL Champions on Tuesday night.
Tandberg defeated Zwirner State Farm 3-1 to capture the victory. Zwirner State Farm battled during the playoffs to get to the championship. They lost to Tandberg on Saturday 7-6 in an extra inning game. Then, on Monday night, they battled Cobbs Collision and won 5-4 in another extra inning game.
Posted by Michelle Libby at 8:57 AM No comments: 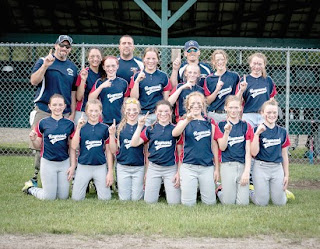 This past week, the Windham/Raymond majors softball championship game crowned the Raymond Fielding Oil team when they defeated the Bill Diamond team from Windham. The final score was 10-0. The Fielding Oil team ended their regular season with a 14-1 record.

Back row coaches are from L to R:  Jeremy Wilson, Dave Fielding and Joe Brandt
Players back row L to R:  Lily Beaton, Shyler Fielding, Ellie Wilson, Haley Brandt, Lily Oldershaw, Emma Taggart
Players front row L to R:  Ellie Miller, Sarah Hare, Amanda Foss, Sadie Tirrell, Makenna Colby, Selena Walgreen, Shae Perratto
I’m sure the girls would love to see their team in the paper so if you could do it, it would be greatly appreciated!

Submitted by Melissa Foss
Posted by Michelle Libby at 8:54 AM No comments: 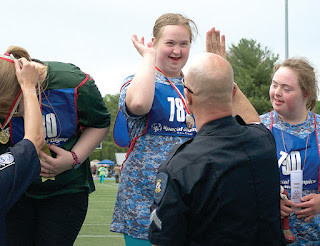 RSU14 sent 11 athletes to Special Olympics state competition held at the University of Maine at Orono, June 10 and 11th. 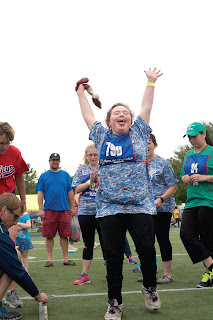 The team brought home a lot of medals and ribbons. All athletes did a tremendous job and had a lot of fun.

The weekend included a parade of teams, opening ceremonies in which five RSU14 athletes carried in the flag, competition in track events and a celebratory dance Saturday night. 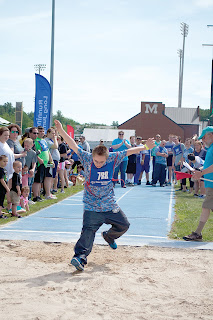 The team also wanted to thank all who helped sponsor the trip this year: First all the coaches/ chaperones, Bob the Screenprinter, Patman's Redemption, Ice Cream Dugout, WMS Friends of Rachel, the RSU14 Boosters and especially all the athletes and their parents! 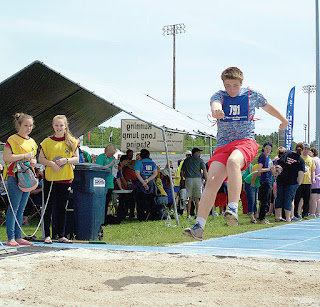 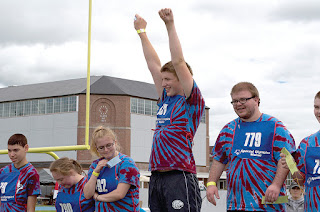 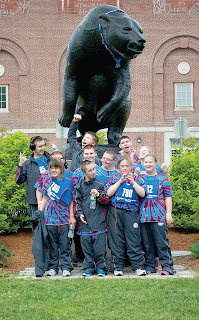 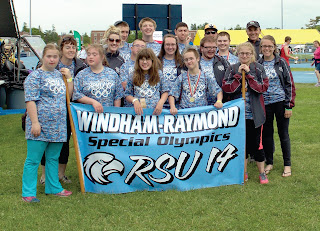 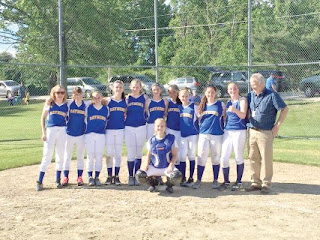 The Jordan-Small Middle School, (JSMS), softball and baseball teams both enjoyed successful seasons this year. Weather played a big part in both team's schedules, as each program lost five games this spring.


Starting with the girls, and they were led by coach Jon Powers. Sporting a very strong seventh and eighth grade team, the Lady Roadrunners were talented up and down the roster, as evident by their 7-0 record on the season.

Many games they scored runs into the twenties, and every player contributed to the success.
"The girls worked very hard and earned this successful season. I'm proud of the effort each of them brought to practices and games. We have a strong eighth grade core, but our seventh grade girls proved they are middle school softball players almost immediately," Powers said. Seventh graders were Emma Taggart, Ember Young, Shyler Fielding, Makenna Colby and Lily Beaton. The eighth graders were Alexis Bailey, Whitney Wilson, Callie Fielding, Hailey Applebee, Lyndsey MacDonald and Carly Desrochers.

The girls displayed great defense, pitching, and a powerful offense. Wilson and Fielding, (Callie) each had three home runs, with one of Wilson's being a grand slam. Wilson also threw a no-hitter in the same game as her slam. Beaton also had a grand slam on the year. The future is bright for JSMS softball, as Powers already can't wait for next season.

For the baseball team, the boys went 6-1-1 on the season. Coached by Jim Beers and player/manager Caden Theriault, the Roadrunners were very strong at every position. Boasting a wealth of pitchers, three solid catchers, a scrappy defense, and hitting up and down the lineup, Raymond was a tough team to face. Also comprised of seventh and eighth graders, the Roadrunners put up 91 runs in eight games.

"This team was complete up and down the roster this year. All good ballplayers and hungry to get better, I was impressed by each player's desire to compete. Our eighth graders were real good, but our seventh graders really came in and showed they belonged as well," said Beers. 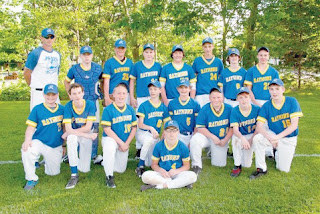 The seventh graders were Niall Gushue, Jayson Plummer, Cameron Wescott, Nathan Plummer, Dawson Benoit, Caleb Crockett, Louden Greene, Robbie Soucy and Theriault. Eighth graders were Jamie Louko, Brodie Driscoll, Braeden Bisson, Lucas Pongratz, Tommy DuPont, Ben Childs and Ivan Kaffel. Louko won the team's "Coach's Bat Award" for 2016, as he led the team in hits and runs. He was always lifting his teammates up, and was a leader off the field as well. The baseball team's future is also looking good.
Posted by Michelle Libby at 8:35 AM No comments:

WHS girls lacrosse advances to next round 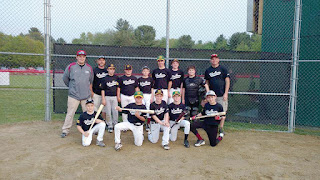 Athlete of the week - Ernie Ruby 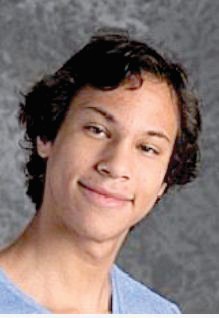 The Aroma Joe’s athlete of the week is 17-year-old Ernie Ruby, a senior on the Windham High School track team where he runs the 100 meter run.

His hobbies are gaming and running.

“Ernie has recently been crowned the state class A 100 meter champion. He is a natural sprinter with raw talent,” said coach Paula Pock.

Ernie’s sports hero is Usain Bolt. He encourages athletes to keep up with their school work and not procrastinate so that they can balance the work.

Ernie would like to run in college and is the son of Ernie Ruby III.
Posted by Michelle Libby at 2:00 AM No comments: