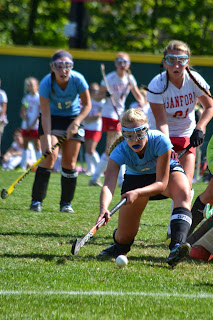 This last week did not turn out quite as planned for Eagle field hockey, but the Eagles are holding strong. A slow start in the first half last Thursday resulted in a 3-1 loss on home field to the Gorham Rams.  The Eagles came back full force in the second half as defensive leader Erin Malloy tipped the ball in off a corner shot from Morgan Richmond in attempt to battle back for the win. 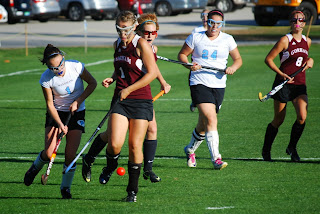 Following Thursday’s loss the Eagles traveled to Sanford coming away with a 7-1 win over the Spartans.  The Spartan’s started off strong, but couldn’t hold back the Eagle offense. First-half goals were pounded in by four-year starter Lauren Doering followed by Hannah Skvorak and Morgan Richmond. Second -half goals were scored by Matti Marcello, Morgan Richmond, Katrina Cogswell and Erin Malloy.