The Windham Eagles ice hockey remained active over the holiday break, participating in the Yankee Ford Holiday Classic at USM Ice Arena before returning to their regular season schedule versus Leavitt. 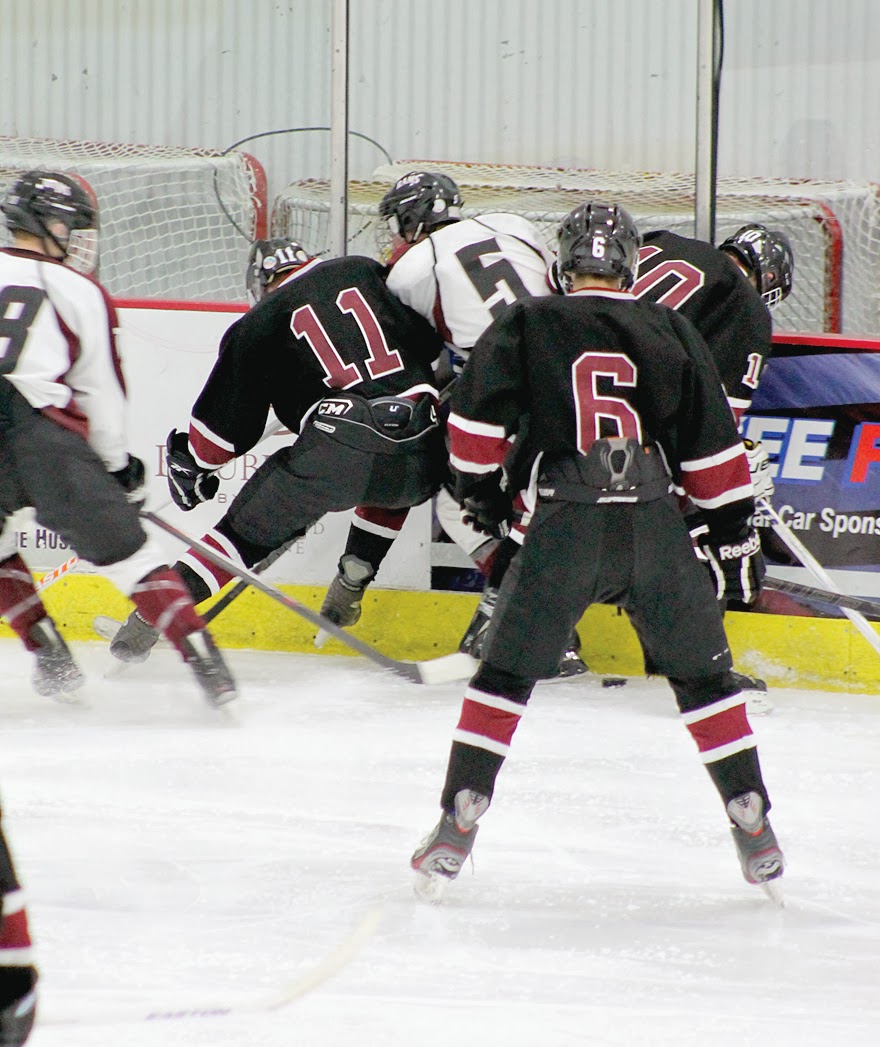 In a rematch of a game played two weeks prior, the Eagles came out on the short end of a 4-3 decision against Mt. Ararat. Zack Callahan netted a pair of goals, while Travis Grant chipped in one of his own as Windham battled back from a two goal deficit to take a 3-2 lead midway through the third period before Mt. Ararat staged a late rally of their own. Tyler Johnson picked up two assists on the day and Drew Bernier added an assist as well. Neal Gomes performed well in his first varsity start in goal, stopping 27 of the 31 shots he faced.

“Given that these two (Yankee Ford Holiday Classic) games are exhibitions and do not count in the standings, we were able to get some kids that had not seen much ice time this season into some games. Neal did a great job in his first start, and the kids worked their butts off to get back into the game after going down 2-0. It was a bit discouraging to give up the two goals late like we did, but the kids top to bottom played well. We need to learn to win, and part of that is increasing our focus late in games to close things out when we have the lead. We’re going to need as there are some games out there where wins can be had,” said coach Greg Leclair. 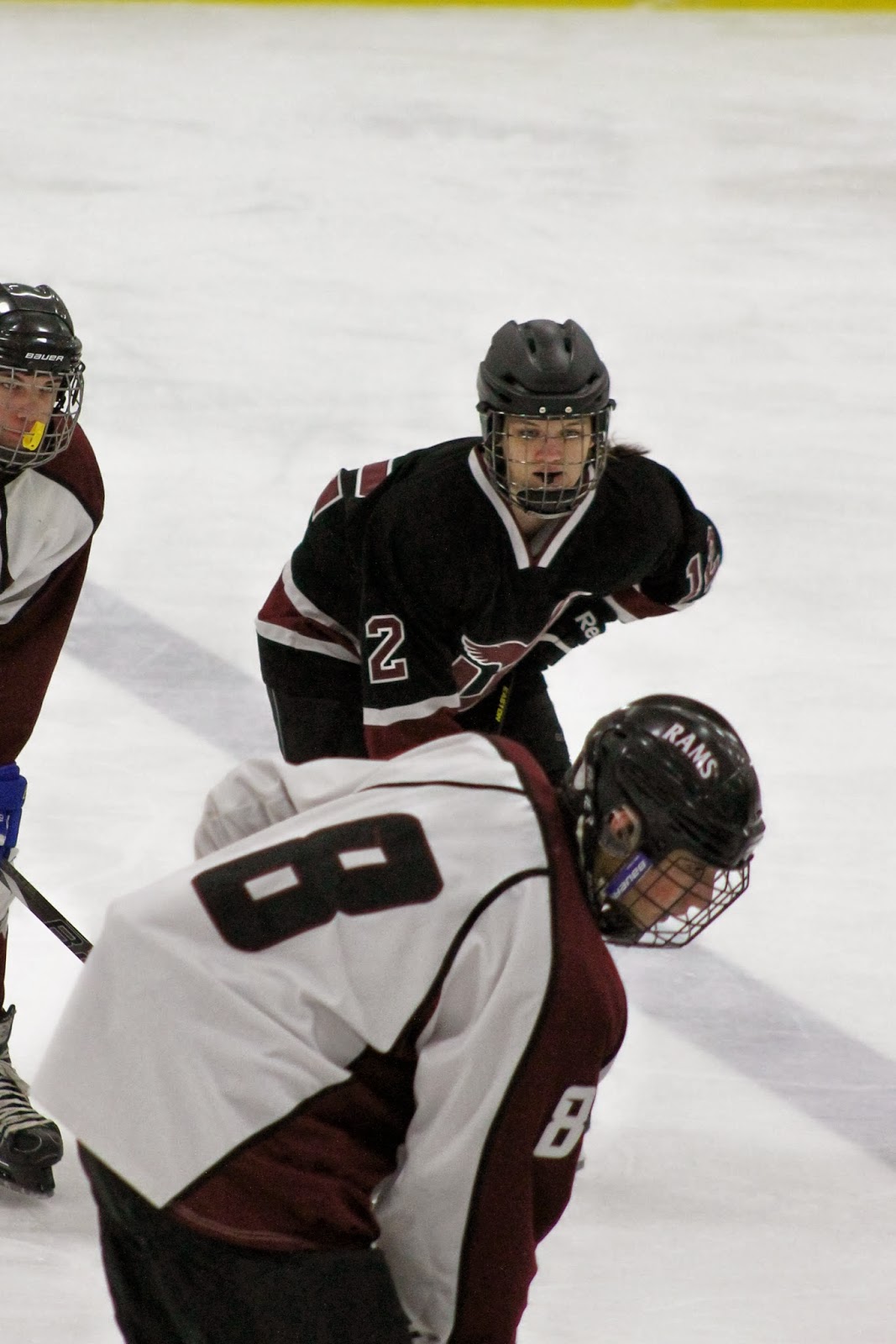 Windham raced out to a two goal lead in the second period, before Gorham got their legs under them and pulled away in the third period. In a game that saw both teams look to the ends of their bench, Gorham’s depth was the difference in the game.

Alec Whalen got Windham on the board early in the second period, winning a battle for a loose puck in the slot and slipping one past Gorham’s goaltender. Later in the period, Stuart Johnson took a pass from Matt Roy at the side of the net, stepped out above the goal line and fired a low shot into the net on a Windham powerplay. From there, it was all Gorham as they scored three times before the end of the second period, before tacking on a couple of insurance goals in the third period.

Clayton Owens stopped 26 of 31 shots in the loss. 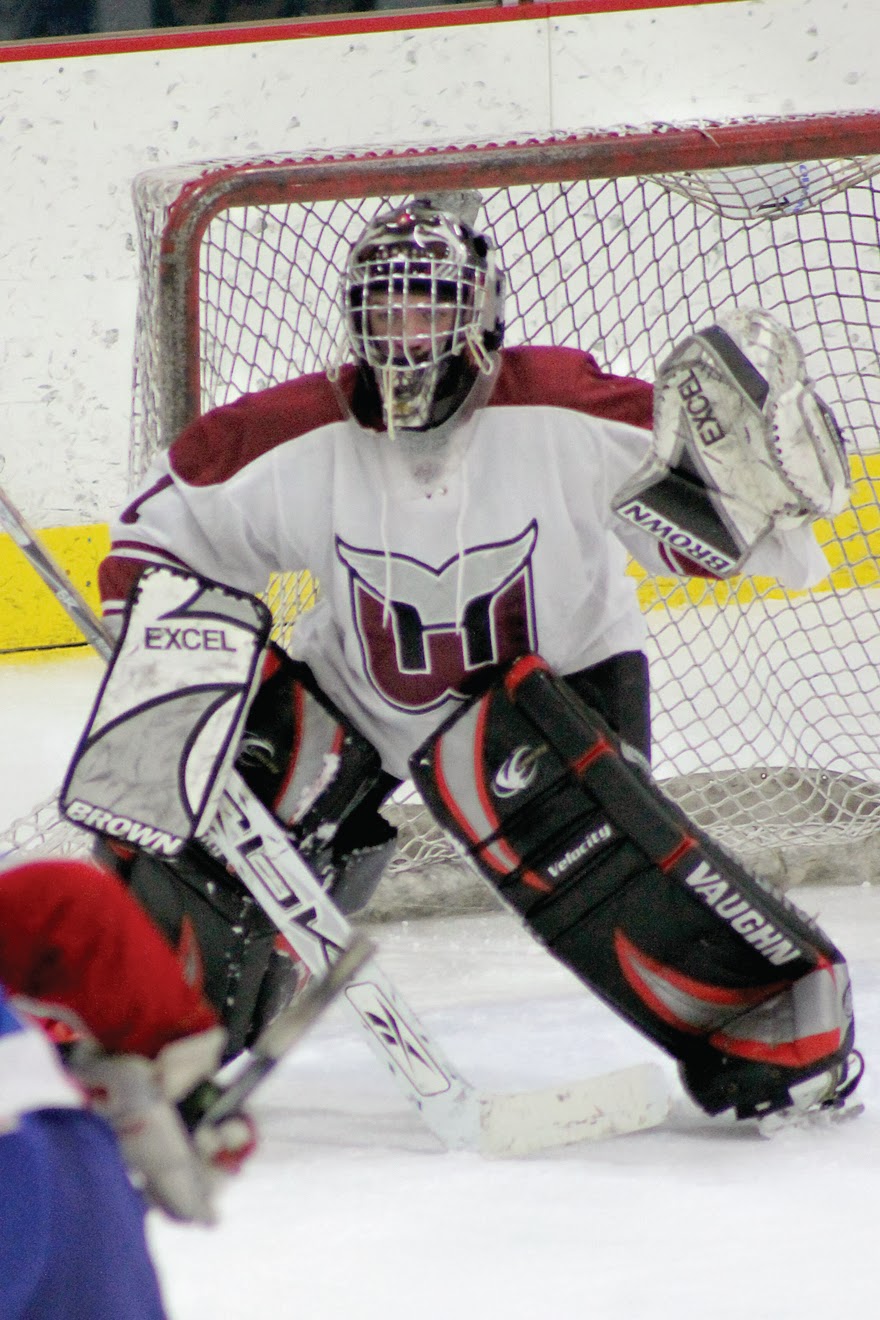 Leavitt 4 – Windham 2
Regular season play resumed for the Eagles on Janaury 4th as they travelled to Auburn to take on Leavitt High School. Leavitt took a 2-0 first period lead on goals by Alex Morgan (unassisted shorthanded), and Ryan Gosselin (Shuler Lamothe). Leavitt would push their lead to 3-0 in the first minute of the second period on another unassisted shorthanded goal, this one coming from Adam Poulin.

“The two shorthanded goals were killers tonight, particularly the one in the second period. We came out flat in the first period and Leavitt capitalized. We made poor decisions with the puck all night, and eventually, it’ll come back to burn you. Tonight it did,” said coach Leclair.

“This was a tough loss to take,” said eagles assistant coach Matt Curran. “We didn’t play anywhere near our best which is disappointing. If we had this would have been a much closer affair. We let this one get away from us.” 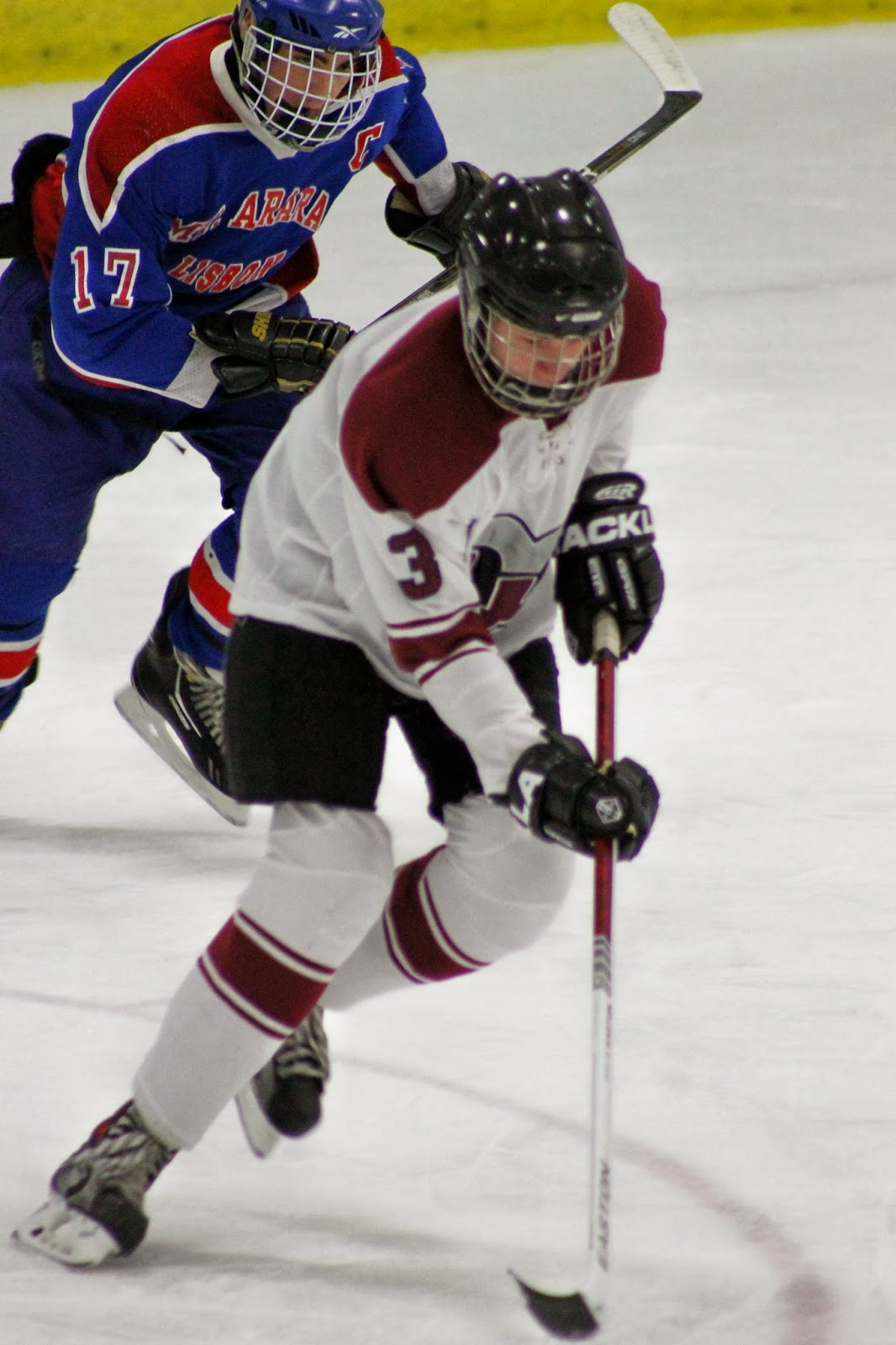 Windham returns to action on Saturday night at 8:30 p.m. vs. Lawrence/Skowhegan before squaring off against Bonny Eagle on Monday afternoon at 3 p.m. Both games will be held at USM. 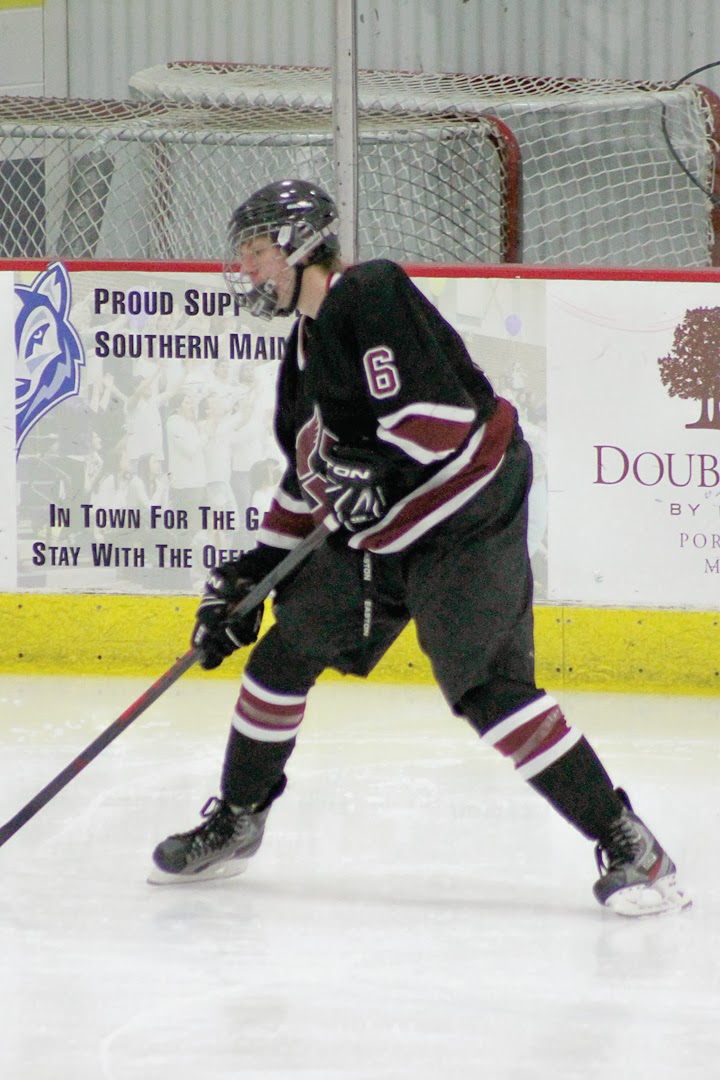 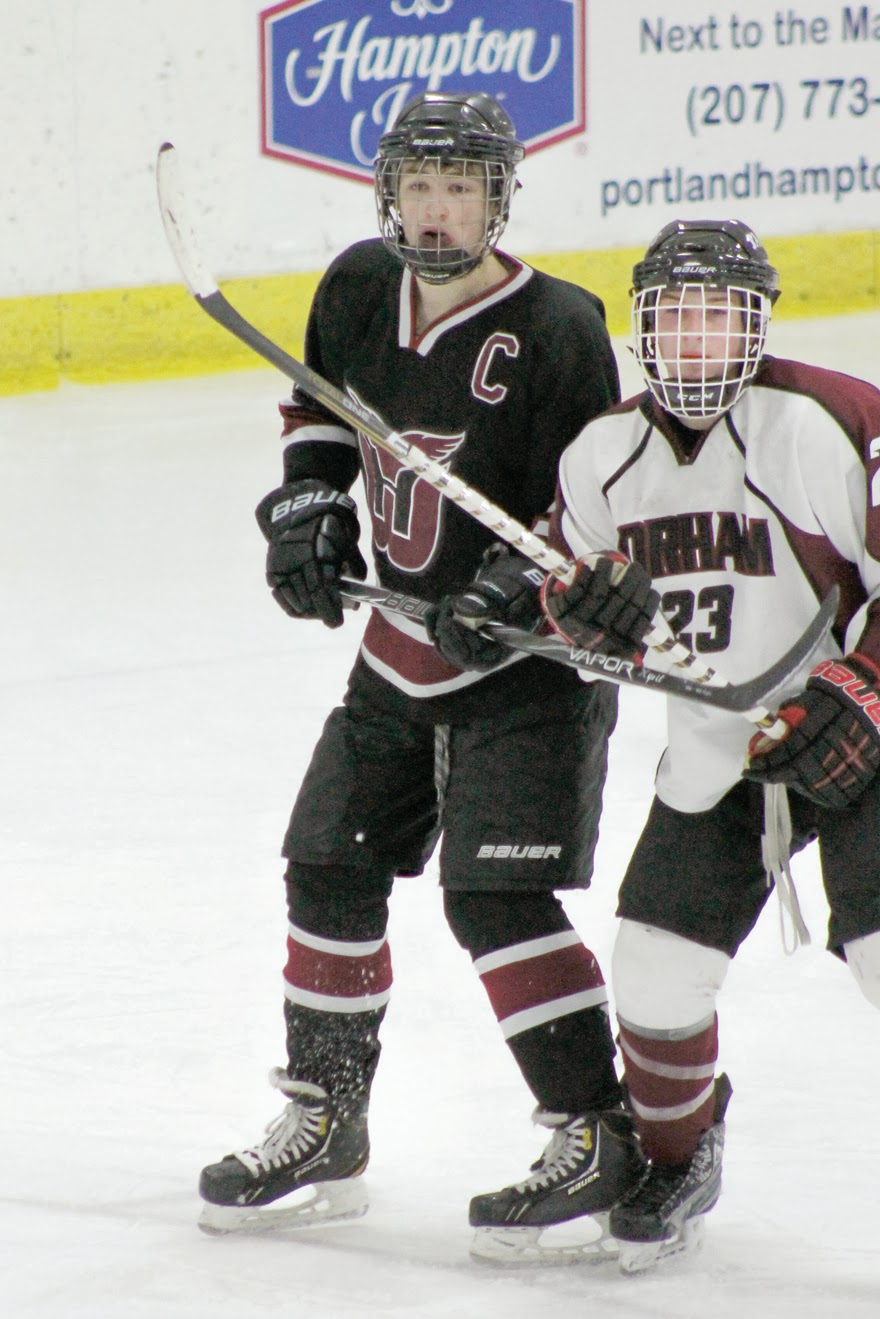