The Windham gymnasium was packed with fans for Friday night’s game.   Windham took on top-ranked Bonny Eagle.  Windham was going to have to play one man short due to Spencer Hodge being out with ankle injuries he acquired in Thursday nights practice. 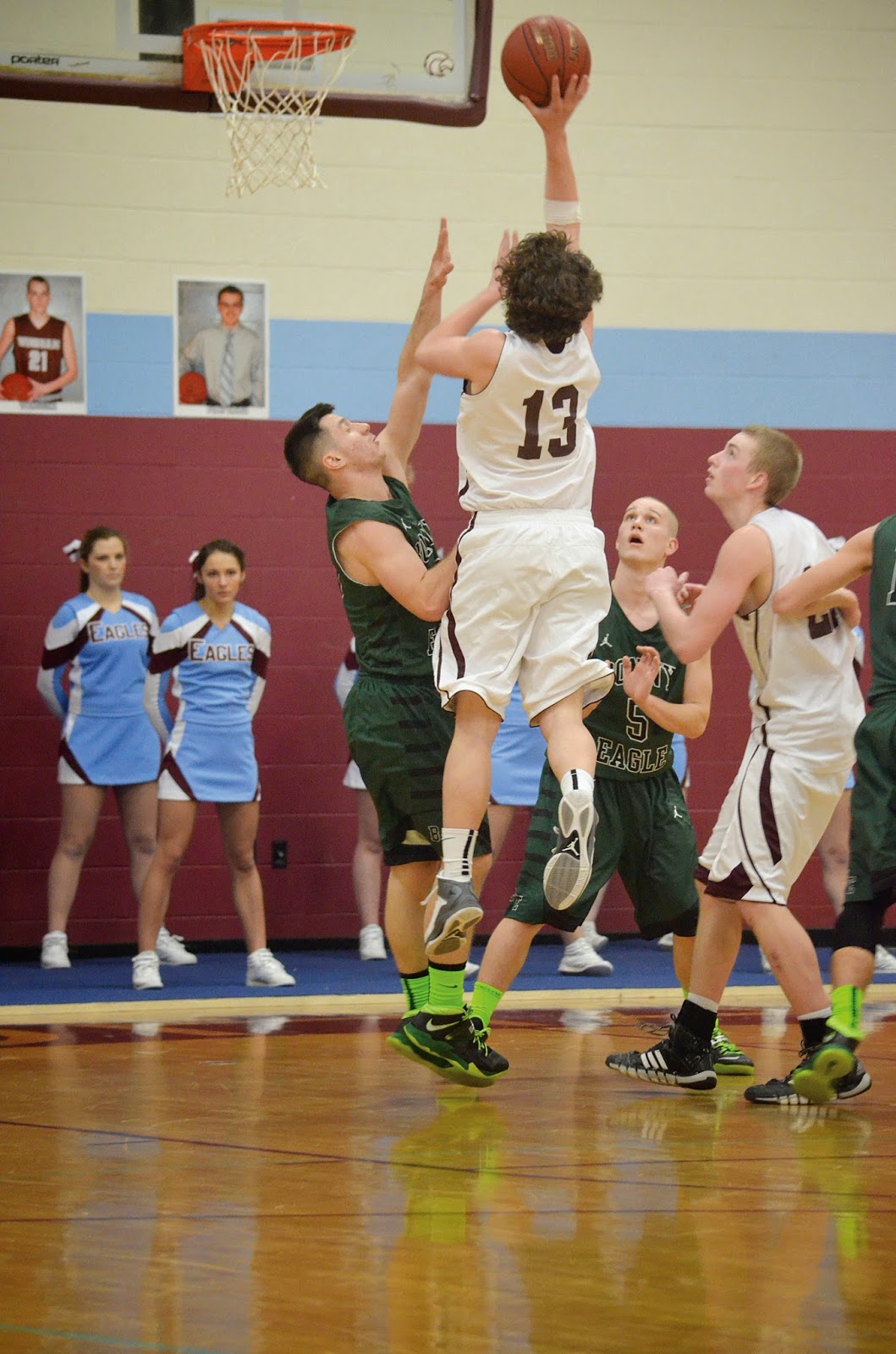 The game started out with Windham scoring first and taking the lead right off the bat.  Top Bonny Eagle player Dustin Cole missed his first few shots giving the Eagle fans some extra excitement.  With the score 12-12 early in the second quarter, Bonny Eagle hit three straight 3s.  The Scots led 27-16 at the half.

Windham had some pushes in the second half that gave them and the crowd hope. Markus D’Andrea and C.J. Berthiaume led the 3rd quarter of the game with their efforts and shots on basket but Bonny Eagle stayed on top of the score board.  A three point play by D’Andrea made it a seven point game.

The Eagles had a few chances to make it a closer game, several of their shots missed when hitting the rim.   The Eagles made several strong moves to the basket but couldn’t pull through and score.

Bonny Eagle eventually found their groove and won with a 60-43 victory.  The Eagles played a good game and with a key player like Spencer Hodge missing, they could feel the loss.

Posted by Michelle Libby at 2:26 PM