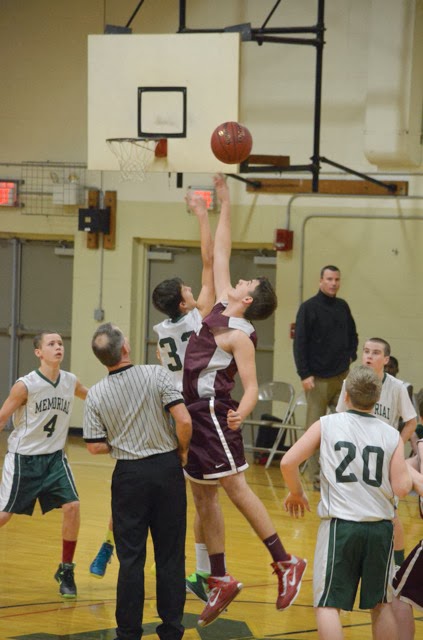 Windham traveled out of town to Memorial Middle School in South Portland Monday afternoon. When walking into these “older” schools and climb the rickety wooden bleachers, there is a sense of ‘old’ school. The ceilings are high and the ventilation system is loud, but once the game starts you know you are in a gymnasium, new or old, it doesn’t matter.


The game started out slow with both teams scoring minimum baskets, but as the second period started so did the speed of the game. Both teams seemed to come off the weekend lull, ending the first half of the game with the Eagles in the lead. 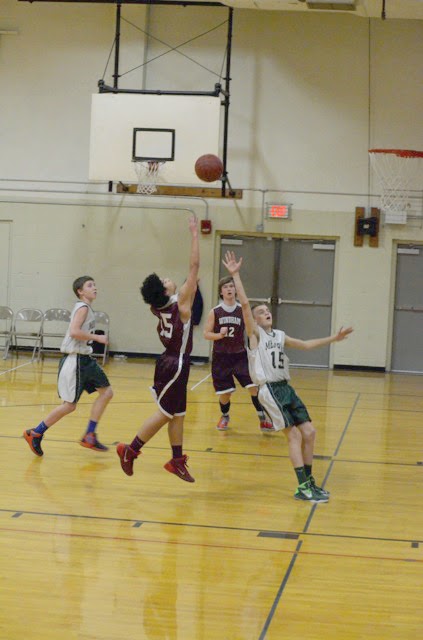 Coming back on to the court to begin the second half both teams ramped up their game. The referees were not calling a lot at this point which allowed the game to progress faster. Windham ended the third period with a 10 point lead. However, the Wildcats came back and tightened the gap in the fourth period. With two minutes left in playing time the lead continued to fluctuate between both teams. The referees made more calls and Memorial took a two-point lead on foul shots that ended the game. This was Windham’s second loss of the season ending their seven game winning streak. The fans agreed the boys played a great game and should be proud.

The team’s next home game is on Thursday, January 23rd against Scarborough at 4:45 p.m.

Posted by Michelle Libby at 2:22 PM